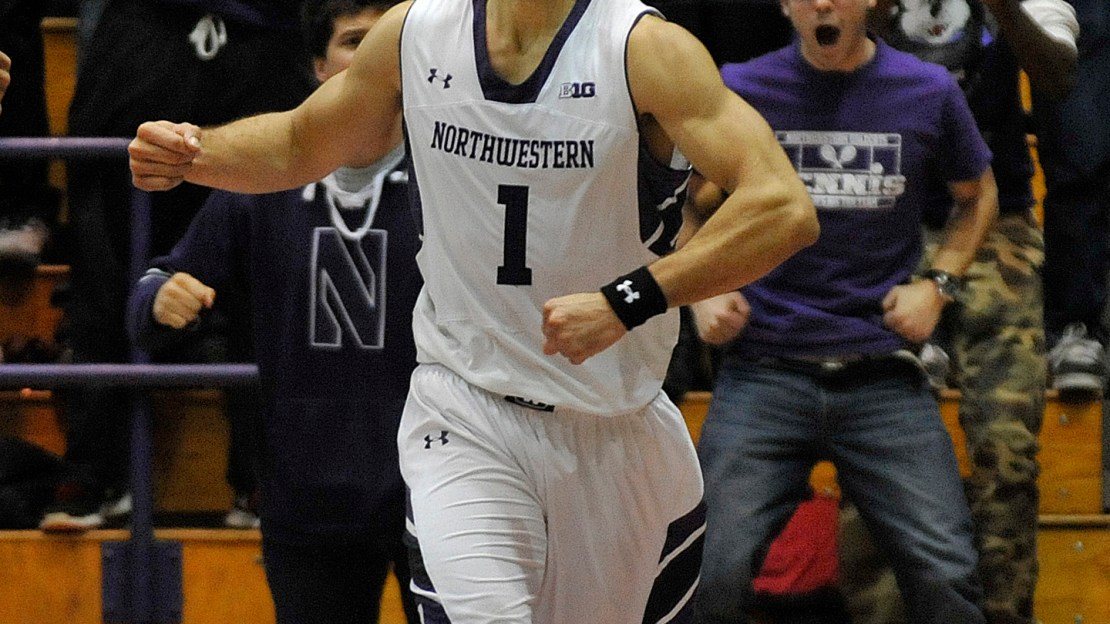 The Big Ten will lose one of its most unsung, talented and classy players soon, as Northwestern?s Drew Crawford figures to be suiting up for the last time in his Wildcat career in the Big Ten tourney this week. Enjoy every last dribble.

His fifth and final season in Evanston hasn?t gone as expected, as NU brings a 13-18 overall record and a 6-12 Big Ten mark to Indianapolis for the tourney. Goals of taking the program to its first NCAA appearance are basically dashed-save for a miracle run to a league tourney title this weekend.

Still, the 6-5, 215-pound senior from Naperville, Ill., has left his mark on this program as it transitions to the promising Chris Collins era. He?s averaging 15.5 points, 6.6 rebounds and 2.1 assists, well-rounded numbers we have come to expect for one of Northwestern?s top players in the last 10 or so seasons (see full Drew Crawford stats).

I caught up with Crawford as he prepped for the Big Ten tourney in my latest Q & A session with a Big Ten name.

Q: NU matches up with Iowa in the first round of the Big Ten tourney, a No. 11 vs. No. 6 matchup. What do you expect from the Hawkeyes?

A: We played Iowa twice this season. At their place, they dominated us and it was kind of an embarrassing loss (93-67). They got out to a lead early and didn?t look back. We struggled in that game, but it?s not the team that we are now. When we played at our place, it was a close game until about 12 minutes were left in the second half and Iowa went on a run to pull away and win the game (76-50). Iowa is a tremendous team with a lot of talent. But I think it?s a team we can compete with.

Q: What is clicking when you guys are playing well?

A: When we won five of seven earlier this season (with wins at Indiana, at Wisconsin and at Minnesota) we were united as a team-especially defensively. We really protected the paint well and made it tough for teams to score on us. And we also were playing hard-and we were doing it together as a team.

Q: What is the identity of this team?

A: I would say that we?re a blue-collar team that fights for 40 minutes every night.

Q: How would you characterize your career?

A: I have been happy with my career. Northwestern is a great place and I?ve been lucky to be here five years. There have been some ups and downs. But we have had a lot of great moments. Obviously, we wanted to make the tournament somewhere in there but fell short of that goal. But it has been a great career.

Q: What has been your best memory?

A: Going back to my freshman year when we beat Purdue (72-64). They won the Big Ten that year (2009-10) and we beat them at home when they were ranked I think in the top five in the country (No. 6). I played well (15 points, seven rebounds) and it was kinda my introduction to the Big Ten. That always sticks out to me.

Q: How will you be remembered?

A: Hopefully as a guy who played hard and gave his all to the game and to the school. That?s what?s important. Someone who is a talented guy who worked hard to make the best of what he had.

Q: How would you describe Coach Collins?

A: The biggest thing I would tell a new player is to be ready for the passion that he shows. You can tell he just loves basketball. And his desire to win is unlike anyone I have met. It?s fun to play with a guy who cares so much about winning and is so passionate about the game.

Q: Your 2012-13 season was cut short by a shoulder injury. How difficult was that?

A: That was one my toughest periods, not being able to finish my career with the guys I came here with-Alex Marcotullio and Reggie Hearn. And seeing the team struggle and not being able to help was tough. That just motivated me to have a great offseason and get my strength and basketball rhythm back. I had to really work hard to get back.

Q: What is your favorite venue to play in, aside from Welsh-Ryan Arena?

A: Indiana?s. It?s a classic venue where the fans offer great support. It?s a tough place to play in. That makes it fun. They are loud all the time. It?s always a thrilling place.

Q: You have a preference between the United Center and Banker?s Life Fieldhouse for the Big Ten tourney?

A: I?d like to play in the United Center because I?m from around here. And I never have played in it. I was hurt and sat on the bench last year. That always has been a dream and I haven?t been able to do it.

A: I was No. 1 in high school. My high school coach suggested it. Tracy McGrady was really popular at the time. I think I asked for a different number and it wasn?t available. So, he told me to wear No. 1. Since then, I?ve won No. 1.