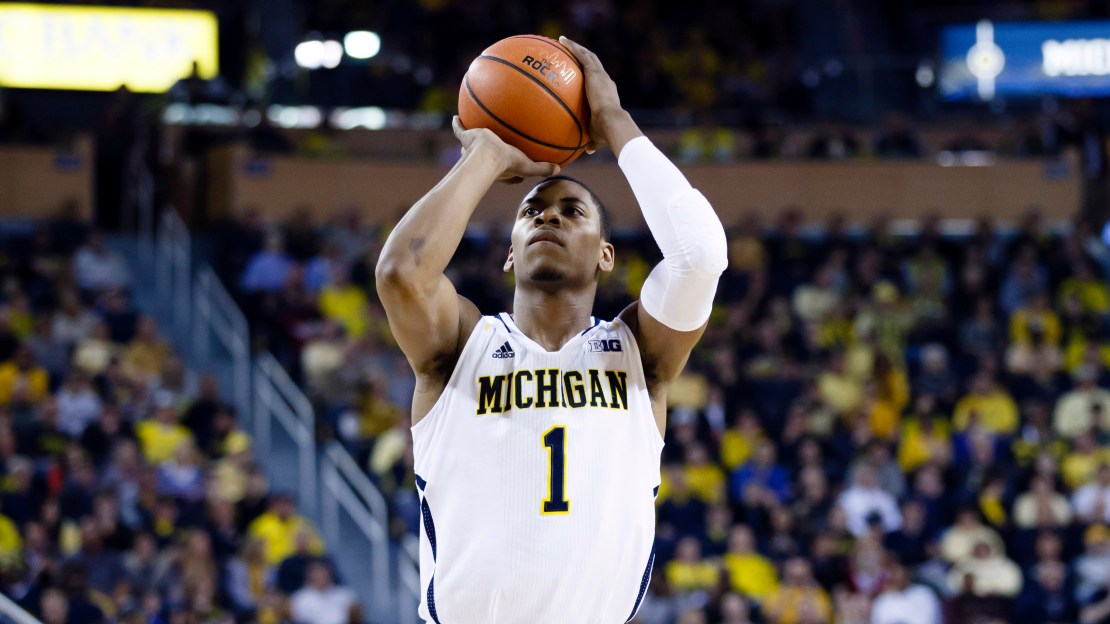 The Big Ten has revealed the bracket for its tourney, which kicks off on Thursday in Indianapolis. There are many interesting storylines, as Michigan looks for its first Big Ten tourney crown since the inaugural event in 1998. In fact, that?s the only time the Wolverines have won the tourney.

That history seemingly would bode well for No. 1 Michigan and No. 2 Wisconsin in this year?s Big Ten tournament.

Here is a breakdown of some things to keep an eye on.

Over-seeded: No. 3 Michigan State. The Spartans are sputtering. MSU ripped off an 11-game winning streak from Dec. 14-Jan. 21. Since then, they are 5-7. Tom Izzo called his team out a bit after the loss at Ohio State on Sunday, questioning the team?s toughness. This season just never has gotten on track for MSU, as injuries never really allowed chemistry to develop for what was the preseason AP No. 2 team. Is this REALLY the third-best team in the Big Ten?

Under-seeded: No. 9 Illinois. I know, I know. This is a team that at one point lost eight Big Ten games in a row. But the Illini finished the season with some mojo, winning four of their last five games. Youngster Kendrick Nunn has been coming on down the stretch, helping give this team an offensive spark. But the real reason why Illinois is dangerous is because of its defense, which ranks No. 2 in the Big Ten, at 62.8 points per game. The Illini are playing better than a No. 9 seed. Beware, Big Ten.

Best chance for first-day upset: It would be a mild upset if No. 9 Illinois takes down No. 8 Indiana. The teams split their season series, with each winning on their home court. If this isn?t a sexy enough pick for you, then how about No. 11 Northwestern taking down No. 7 Iowa? The Hawkeyes have lost five of their last six games. The lone win in that span was at home vs. bottom-feeder Purdue. The Wildcats also are slumbering, ending a seven-game losing streak with a victory at Purdue on Sunday. Still, NU?s sticky defense can give teams fits. I know, the Hawkeyes beat the Wildcats by 26 points in both meetings this year, but this isn't the same Iowa team.

Scariest team playing on Thursday: No. 8 Indiana. The Hoosiers have shown they can play with anyone, beating the likes of Michigan, Ohio State, Wisconsin and Iowa. Of course, the Hoosiers also have shown the ability to lose to anyone, falling at home to Penn State and Northwestern, and getting drilled at Purdue. Still, this is a team with talent. If Yogi Ferrell and Noah Vonleh are on their game, beware the Hoosiers, who will meet No. 1 Michigan if they beat Illinois on Thursday. Interesting.

Best Friday possible Friday matchup: I wouldn?t mind seeing No. 5 Ohio State take on No. 4 Nebraska. The teams split their season series, with each winning on their home court. Both squads are well-coached. And both squads also play good defense. This would be a fun matchup … Terran Petteway … Aaron Craft … Thad Matta sweating … Tim Miles Tweeting … oh, yes.

Hottest team: No one is playing better than Nebraska. The Cornhuskers began Big Ten play 0-4. Since then, they have gone 11-3. In fact, Nebraska comes to Indianapolis having won eight of nine games, as the program pushes its way to its first NCAA bid since 1998. The Cornhuskers? hot finish propelled them to a fourth-place finish, which earned the team a bye. Nebraska will play the winner of the No. 5 Ohio State-No. 12 Purdue game. Win that, and a date with No. 1 Michigan may loom on Saturday in the semifinals. Yes, the Wolverines swept the season series from Nebraska. But no one wants a piece of Tim Miles? team right now. This team is en fuego.

Coldest team: Purdue. Entering a game at Northwestern on Jan. 21, the Boilermakers were 13-5 overall and 3-2 in the Big Ten. From that point on, Purdue went 2-11. This team has horrid shot selection, poor defensive principles and often is sloppy with the ball. And how much want-to is there? Bottom line: The Boilers bring a six-game losing skid to Indy as the conference?s last-place team. These are dark days in West Lafayette.