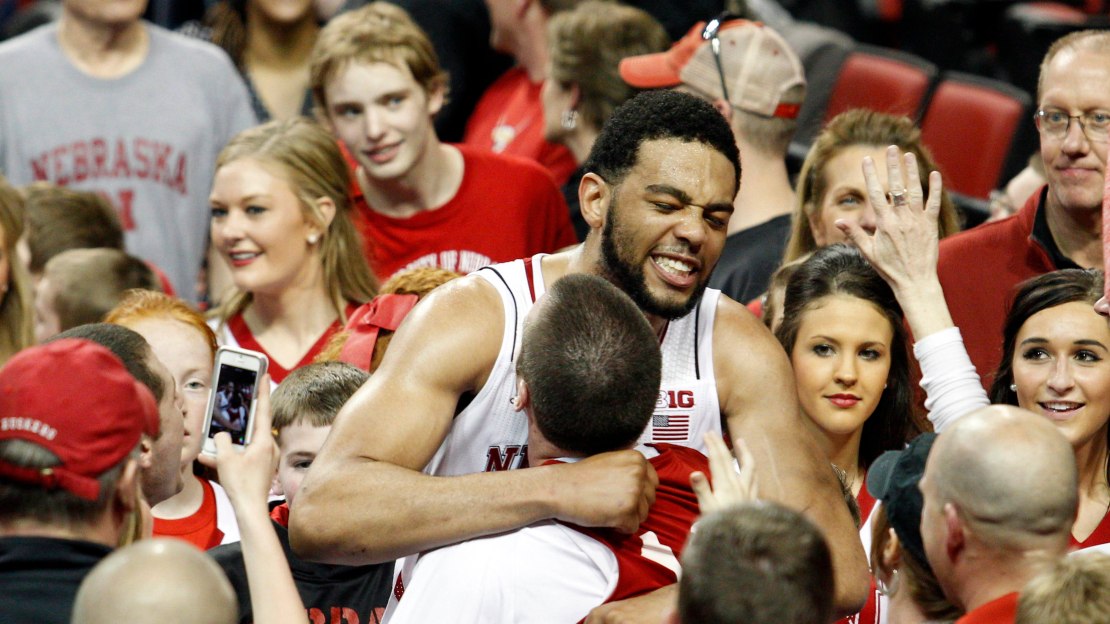 Why wouldn't a season as wild as this one end with a crazy upset in the final game of the regular season? Nebraska upset No. 9 Wisconsin in the conference's final game to highlight a busy day. In other action, Minnesota ran past Penn State, Ohio State nipped No. 22 Michigan State and Northwestern dropped Purdue. Catch up on all the action and video highlights in this post.

INSTANT HIGHLIGHT: It's over, and the @HuskerHoops fans stormed the floor. Are they dancing? WATCH – http://t.co/MOBCWlGqnd

MINNESOTA 81, PENN STATE 63 | RECAP | BOX | PLAY-BY-PLAY
(AP) Austin Hollins had 14 points and three steals in his last scheduled home game, a fitting senior spark for Minnesota in an 81-63 victory over Penn State on Sunday to set up a rematch between these teams in the first round of the Big Ten tournament. DeAndre Mathieu led the Golden Gophers (19-12, 8-10) with 16 points and six assists, Mo Walker scored 16 points on a career-best 8-for-10 free-throw shooting performance, and Minnesota locked up seventh place in coach Richard Pitino's first season.

VIDEO: We've got all the top plays from @GopherBball's easy season-finale win over #PennState. WATCH – http://t.co/J6v57GY4zT

OHIO STATE 69, MICHIGAN STATE 67 | RECAP | BOX | PLAY-BY-PLAY
(AP) LaQuinton Ross scored 22 points and Aaron Craft added 12, including a late free throw, to lead Ohio State past No. 22 Michigan State 69-67 on Sunday. Keith Appling's jumper with 2 seconds left was off the mark for the Spartans, who failed to score over the final 4:30 as Ohio State scored the game's final four points. Adreian Payne scored 23 points, Gary Harris had 12 and Denzel Valentine 11 for the Spartans (23-8, 12-6 Big Ten), who have lost seven of their last 11.

INSTANT HIGHLIGHTS: Get all of the top plays from @OhioStateHoops' win over #Spartans. WATCH – http://t.co/mkjsa4Bep2

NORTHWESTERN 74, PURDUE 65 | RECAP | BOX | PLAY-BY-PLAY
(AP) Drew Crawford had 27 points and seven rebounds and Alex Olah added 14 points and seven rebounds to lead Northwestern to a 74-65 victory over Purdue on Sunday in the regular season finale for both teams. The Wildcats (13-18, 6-12 Big Ten), who snapped a league-worst seven-game skid, closed out the first half on a 6-2 run to take a 28-21 lead at halftime.