Dienhart: What each team has at stake in Indy 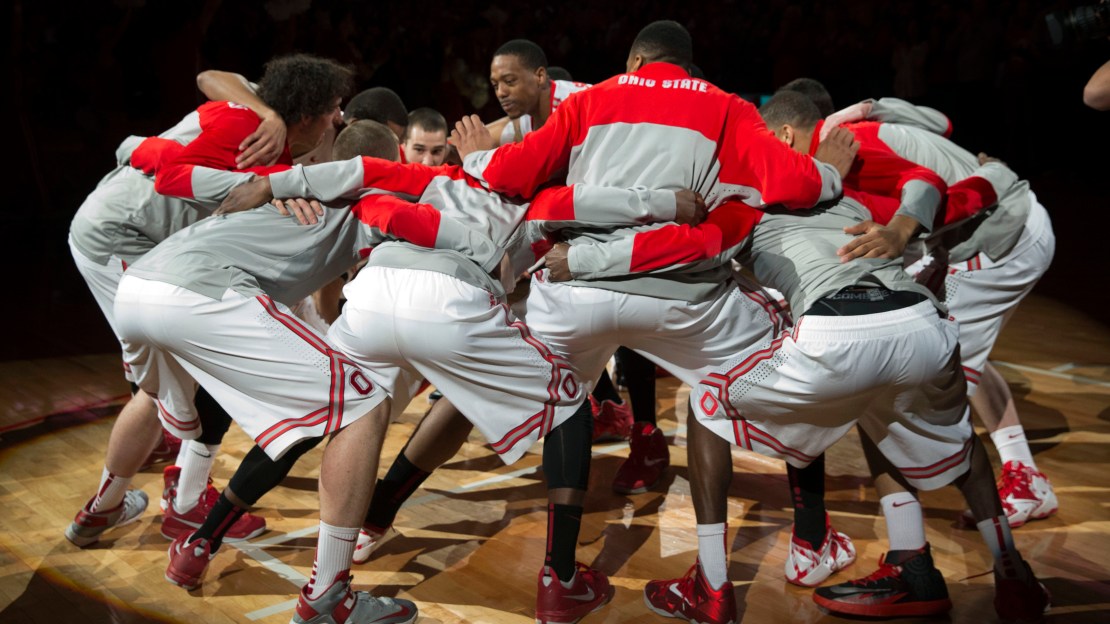 The Big Ten tourney bracket is set. Tip-off is early Thursday afternoon at Bankers Life Fieldhouse in Indianapolis. The top four seeds: 1. Michigan; 2. Wisconsin; 3. Michigan State; 4. Nebraska. Those four, of course, all earn first-round byes. Here?s a quick look at what each team has on the line in Indy.

Wisconsin, Michigan State, Ohio State and Iowa. In all honesty, these schools really have little to gain in Indianapolis. Wisconsin is a No. 2-3; MSU as a No. 3-4; OSU as a No. 5-6, and Iowa a No. 9-10. One-and-done doesn?t figure to knock down their projected NCAA seed much. And even a run to the Big Ten tourney title doesn?t figure to push any of these clubs up the seed line more than maybe two spots-at the most. Just enjoy Indy, fellas. It?s a great town.

Nebraska. The Cornhuskers may have clinched a spot in their first NCAA tournament since 1998 with their win over Wisconsin to end the regular season. But, just to be safe, Nebraska may be wise to win at least one game in the Big Ten tourney. Do that, and the Cornhuskers figure to be a lock for the NCAA tourney. Incredible job by Tim Miles. Take a bow. This team started Big Ten play 0-4 and finished fourth with an 11-7 mark.

Minnesota. Perhaps no team will have more on the line in the Big Ten tourney than Minnesota. The Golden Gophers struggled down the stretch, losing three of four games before finishing with a home win over Penn State on Sunday. Still, at 8-10 in the Big Ten and 19-12 overall, Minnesota likely has work to do. One Big Ten tourney win probably keeps the Gophers on the bubble; two wins probably will earn them an NCAA bid. At the least, this is an NIT team.

Indiana and Illinois. Group these schools together, as each looks remarkably similar to each other. The lllini are 18-13 overall, 7-11 in the Big Ten; Indiana is 17-14 overall; 7-11 in the Big Ten. Both would need to win the Big Ten tourney to reach the Big Dance. But NIT bids certainly seem plausible. The winner of their No. 8-No. 9 game in the league tourney will be in good shape to earn a NIT spot. The loser may be ? CBI-bound. Gulp.

Penn State, Northwestern, Purdue. These Big Ten bottom-feeders have to hope for a miracle to reach the Big Dance. The Nittany Lions and Boilermakers are both 15-16, so they cling to some faint NIT hopes-very, very faint. Penn State went 2-4 in its last six but has some decent wins. Purdue is riding a six-game losing skid and finished last in the Big Ten with a 5-13 mark. Its resume is horrible and its season likely-and mercifully–will be done once the Big Ten tourney ends. NU is 13-18 but ended a seven-game losing skid by winning at Purdue to close the regular season and has some nice wins. Still, the Wildcats? season figures to end this week. That elusive first NCAA bid will have to wait another year. But, it might not be too far off with Chris Collins at the helm.