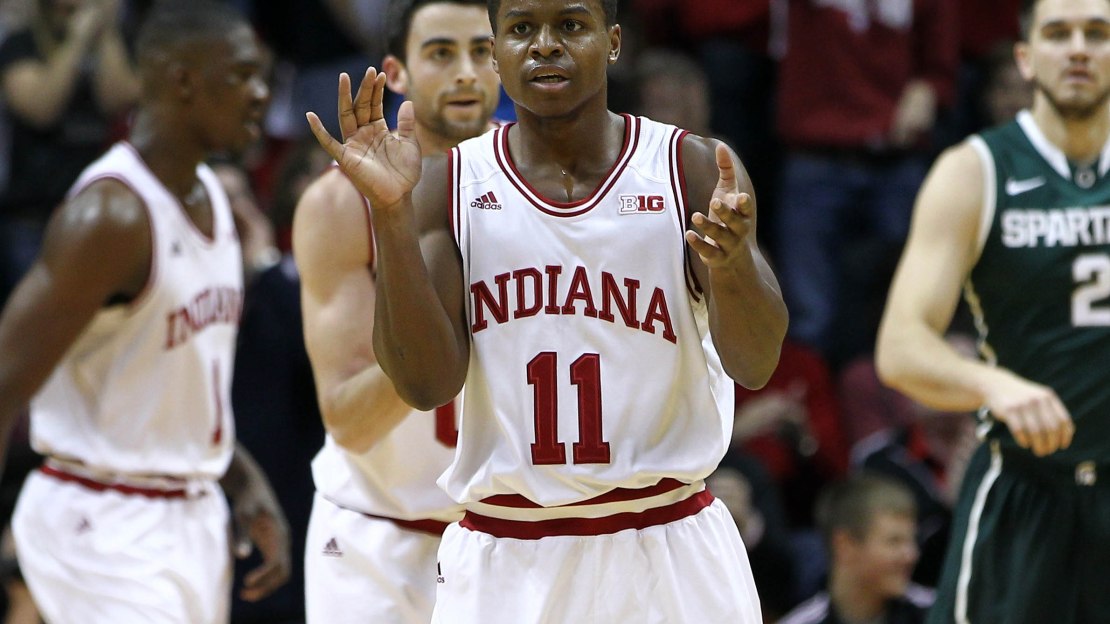 The upcoming Big Ten Men's Basketball Tournament promises to be full of intrigue and potentially wide-open. Five of the last seven No. 1 seeds have won the Big Ten tourney. The last time someone lower than a No. 3 seed won it was Iowa, which turned the trick as a No. 6 seed in 2001.

What team under .500 in Big Ten play could make a run in Indianapolis next week? I asked some Big Ten media members.

Steve Greenberg, Chicago Sun-Times: It's a real challenge to believe in any of them, but at least Indiana and Illinois have played some good games of late. It's too much of a stretch to say either team is "peaking at the right time," but it's all relative. The others are flat-lining.

Zach Osterman, Indianapolis Star: Indiana. They've shown the capacity for putting together good performances against good teams. They've also shown the propensity for bad performances against average and below-average teams. But conference tournament runs from bad teams are about improbable runs of form. IU's would be improbable, but believable because it was so. If that makes sense.

Bob Baptist, Columbus Dispatch: Minnesota. Only way to make the tournament. The Gophers have upperclassmen and the depth to survive back-to-back games.

Marcus Jackson, Champaign News-Gazette: Indiana. When Vonleh is healthy and Ferrell is playing at a high level, they can be a difficult team to deal with. Plus, Sheehey had been hot.

Jeff Washburn, Boiler Sports Report/Scout.com: Indiana. Because Banker?s Life Fieldhouse will be packed with Indiana fans, the Hoosiers could make a run if Vonleh, Sheehey and Yogi ALL play well.

Robin Washut, HuskerOnline.com: Illinois. This is a young team coming together at right time (minus the Michigan game). Rice is a stud, Nunn is an emerging star, and they play scrappy D.