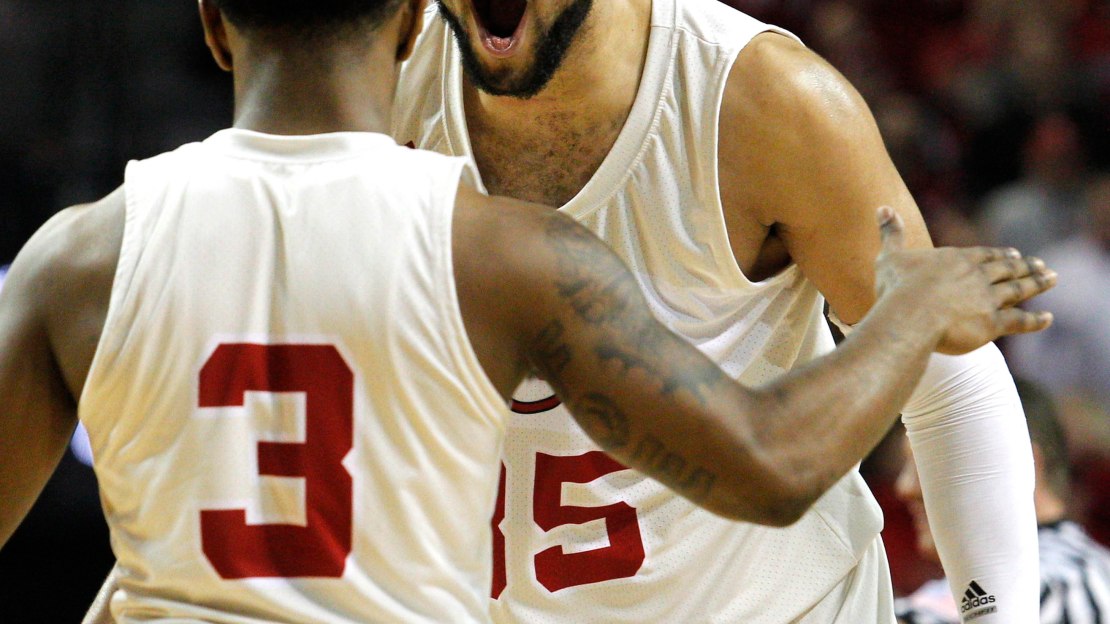 I?m taking one last shot around the Big Ten as we close in on the final weekend of the season. Michigan already has  the league title so the biggest drama left is the battle for fourth place. Can Nebraska seal it up? A win over Wisconsin would do the trick (game airs Sunday at 7:30 on BTN/BTN2Go). Minnesota is sitting on the NCAA bubble, needing to close the season with a win as it heads to the Big Ten tourney to bolster its resume.

Let's whip through the past week and then look ahead to the final weekend of an amazing Big Ten men's basketball season.

1. Wisconsin. The Badgers are on fire, winning eight Big Ten games in a row, the longest in school history during the modern era. And Wisconsin has now won 12 conference games for the ninth time in 13 seasons under Bo Ryan. At one time, the Badgers were 4-5 in Big Ten play. Now they have a chance to maybe earn a No. 1 seed in the NCAA tourney. Amazing.

2. Michigan. The Wolverines put the icing on the program?s first outright Big Ten crown since 1985-86 by thumping Illinois in Champaign on Tuesday. Michigan has won four in a row and five of six as it fine-tunes its machine for the postseason. Who needs Trey Burke and Mitch McGary?

3. Nebraska. If the Cornhuskers are dreaming, don?t wake them up. Nebraska has won seven of its last eight games. The lone loss in that stretch was at Illinois. Go figure. Regardless, the Huskers are a runaway train aiming for the program?s first NCAA bid in 16 years. And just think, Nebraska was 0-4 in the Big Ten back on Jan. 12. Now, the Huskers are 10-7 in league play. Tim Miles is the latest ?it? coach.

1. Michigan State. The Spartans just aren?t themselves. Pick a reason: injuries, lack of leadership, low passion. MSU was 4-6 in its last 10 games before beating Iowa last night in the Breslin Center. Will the Spartans come to life and make a postseason run? Remember, MSU was the No. 2 in the preseason AP poll. This was a team with legit national title hopes. Now, you have to wonder if the Spartans are a Sweet 16 team.

2. Ohio State. The mercurial Buckeyes are driving their fans nutty. Ohio State began the season 15-0 ? lost five of six games ? won six of seven games ? now has lost two in a row. Will the real Buckeyes team stand up? This squad continues to struggle in the half court and just can?t shoot with consistency. At this point of the season, I think a team is what it is.

3. Indiana. The Hoosiers had won three of four games before getting dumped at home by Nebraska on Senior Night on Wednesday. The defeat put the kibosh on Indiana?s already flimsy NCAA hopes. Last year, IU was outright Big Ten champ and a No. 1 seed in the NCAA. Now, the Hoosiers may be fortunate to get an NIT bid. Tom Crean has suffered double-digit losses in Big Ten play in four of six seasons in Bloomington.

1. The race for coach of the year between Michigan?s John Beilein and Nebraska?s Tim Miles is going to be close. The nod goes to Beilein for now. But if Miles elevates the Cornhuskers to their first Big Dance since 1998, I think he could get the honor.

2. Nik Stauskas sewed up player of the year honors with his smashing performance in a win at Illinois on Tuesday. The sophomore tallied 24 points, hitting seven-of-nine three-pointers in a brilliant shooting performance. The effort bolstered an already impressive resume that stands out over top competitors Roy Devyn Marble and Terran Petteway.

3. Without a doubt, I can?t recall a more competitive season of Big Ten basketball, where every team seemingly could beat every other team. The last-place club will have at least five conference wins. The only lower-division team (7-12) with a win over an upper-division team (1-6) is Purdue.

This is just the latest installment of the upside-down world of Big Ten basketball 2013-14, with Walter Pitchford and Shavon Shields leading the charge with 17 points apiece. The win pushed the Cornhuskers a step closer to dreaming the seemingly impossible dream of playing in the NCAA tourney for the first time since 1998. Even wilder: The win completed a season sweep of the Hoosiers by the Huskers. I never thought I?d see that.

This was a thing of beauty to watch from a Wolverine perspective, as they drained a mind-numbing 16 three-pointers to sink the Fighting Illini and wrap up Michigan?s first outright Big Ten championship since 1985-86. From an Illinois perspective, it was an absolute train wreck. The Illini clung to faint NCAA hopes, winning three in a row and not allowing over 50 points in any of their previous four games. Michigan got to 50 by halftime in handing Illinois its worst home loss ever in Assembly Hall.

This was a much-needed victory that may be just the spark the Spartans need, as it snapped a stretch that saw MSU go 4-6 in 10 games. The best news for Michigan State was the strong play of Keith Appling in the second half, when the Spartans pulled away as Appling reached double-figures for the first time in over five weeks. The Hawkeyes continued to fade, as this was their fourth loss in five games.

1. Wisconsin at Nebraska, Sun., March 9: This is the biggest game in Lincoln since ? well, a really long time. The Badgers will arrive as the Big Ten?s hottest team, winners of eight in a row as they push toward perhaps earning a No. 1 NCAA seed. The Cornhuskers also are rolling as they look to earn a Big Dance bid. To do so, this may be a must-win. By the way: Wisconsin is 6-2 on the road in the Big Ten; Nebraska is 7-1 at home in conference action.

2. Michigan State at Ohio State, Sun, March 9: Two struggling teams that aren?t having the seasons they envisioned. Each is a lock for the NCAA tourney. But each needs to get some confidence and momentum with the postseason about to begin. OSU will have lots of emotion for Aaron Craft?s last home game.

3. Penn State at Minnesota, Sun., March 9: It may seem like an innocuous game on the surface. But it?s a huge one for the Golden Gophers, who have lost three of four games. In fact, it?s a must-win on Senior Day if Minnesota hopes to get off the bubble and punch its NCAA ticket. The Nittany Lions are a tough out with the guard duo of D.J. Newbill and Tim Frazier. Minnesota won at Penn State earlier this season.