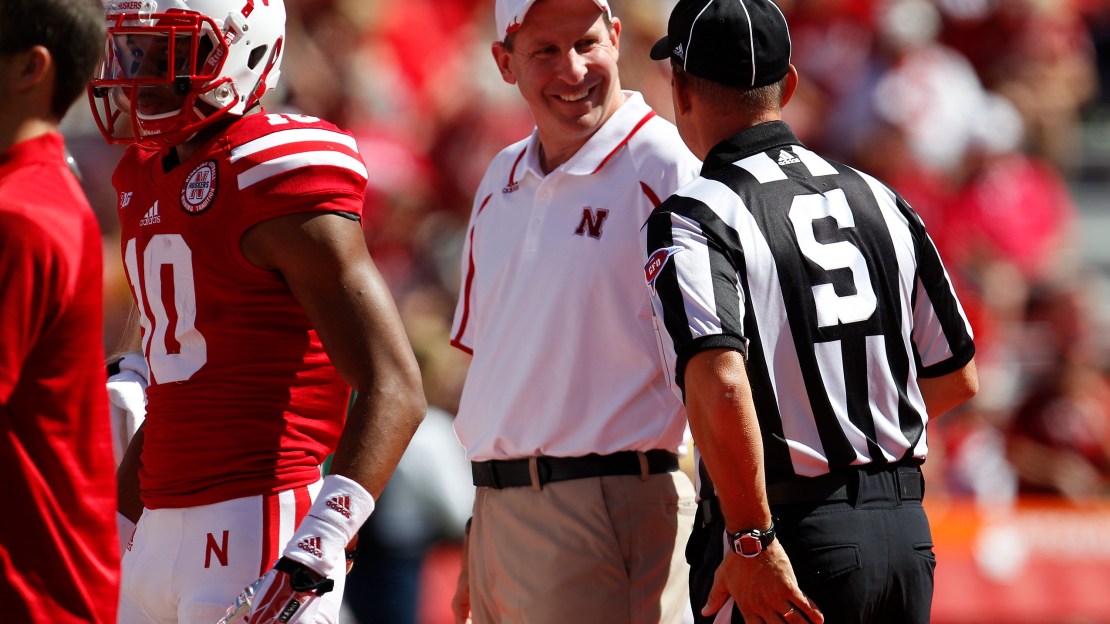 It looked like Bo Pelini would enter 2014 on a bit of a hot seat, but that talk has been cooled off with news that he?s inked a five-year contract extension. It?s a remarkable turn of events.

The Huskers closed on the 2013 regular season with a 38-17 home loss to Iowa in which Pelini failed to conduct himself with proper sideline decorum. And in the post-game aftermath, he lashed out and dared someone to fire him.

The school subsequently issued a statement of support.

Now, Pelini is getting a contract extension that will push his deal out to 2018.

This no doubt will offer stability to the situation in Lincoln, as 2013 was a bit tumultuous for Pelini. Who can forget the release of recordings that captured Pelini making unflattering remarks about Nebraska fans?

His tenure has also seen some of the ugliest losses in program history, including last year?s epic collapse at home to UCLA. How about the beating Wisconsin administered to the Huskers in the 2012 Big Ten title game? There also have been some dubious defensive meltdowns and persistent issues with turnovers. Pelini even had a public spat with Nebraska icon Tommie Frazier.

Pelini has survived all of it, capping last season with a Gator Bowl win over Georgia to quell some critics. There have been plenty of positives during his tenure. He will enter his seventh year on the job with a 58-24 mark, leading the Cornhuskers to bowls each season. He?s 17-7 in Big Ten action. All of his teams have won at least nine games, and Pelini has led the program to two Big 12 title games and one Big Ten championship game.

Pelini also has run a clean ship. But he has yet to deliver the program?s first conference title since 1999. Perhaps that will change in 2014.

With his future apparently stable, Pelini can focus on football – and there's a lot to like. Nebraska will welcome back a team loaded with veteran talent that could be the favorite to win the newly-formed Big Ten West Division.