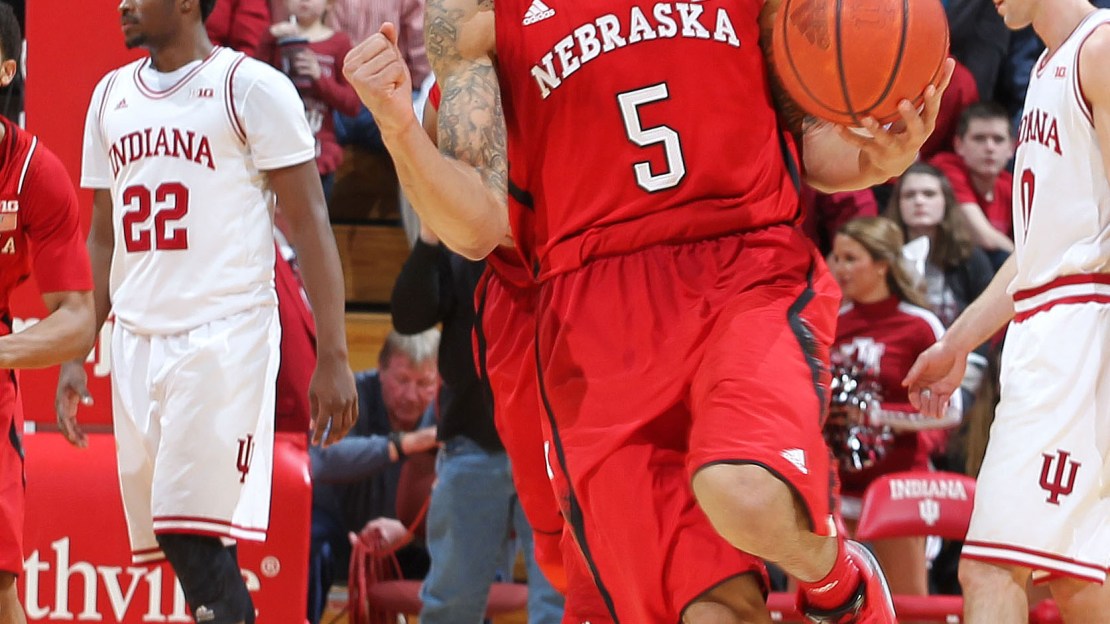 Michigan State used a run out of intermission to create separation from Iowa in an eventual 10-point win. Both teams scored nearly at will in this one, but the Spartans' outstanding three-point shooting masked a high turnover rate that is becoming worrisome.

This has been Tom Izzo's best-ever team at limiting turnovers (at least in the tempo-free era), but the past three games have seen Michigan State turn it over on nearly a quarter of its trips. Is this a temporary blip, the result of some long-absent players getting back into the groove? The Spartans had better hope so, as it won't be easy to win NCAA tournament games when a quarter of your possessions don't result in shots.

For Iowa, it is the defense that should be causing pre-tournament anxiety. For five straight games, the Hawkeyes have allowed their opponent to post an above-average efficiency, and much of it has stemmed from lackluster interior defense. Big Ten teams are now shooting an even 50 percent on twos against Iowa, a figure that makes little sense given the Hawkeyes' surplus of big bodies that can block shots.

Roy Devyn Marble bolstered his strong case for all-conference honors, scoring 24 points and dishing five assists (against one turnover). Travis Trice led the Spartans with a 17-point effort that was efficient in spite of five turnovers.

On Wednesday, Nebraska picked up a huge road win over Indiana, continuing the Huskers' improbable run to the NCAA tournament bubble. This game was tight heading into crunchtime, but it was Nebraska's defense that would take control. The Hoosiers scored only eight points over the game's final 10 minutes, and the Huskers kept their at-large hopes alive.

Speaking of those at-large hopes, let's take an objective look at where we currently stand. We've used the Easy Bubble Solver to project the field in the past, and you can read about it here.

This is the field according to Easy Bubble Solver (using RPIforecast.com's expected RPI rank including conference tournaments):

That's just five bids for the Big Ten, with all five falling in the 3/4/5/6 seed range (note that EBS isn't necessarily a great predictor for seeding).

So, how far out are Minnesota and Nebraska? Here are the first 10 teams out:

The Huskers and Gophers find themselves in near-identical circumstances as pertains to the bubble. Both teams have work to do, and I feel that each team needs two more victories (including the Big Ten tournament) to have a chance at a bid. This isn't just some off-the-cuff statement – there's data behind it.

Using RPIforecast.com again, we can estimate where Nebraska and Minnesota would rank in RPI given different scenarios. By adding that projected RPI to the team's current KenPom rank, we can get a feel for whether that scenario might be good enough to get the team into the field.

Here's the scenarios for Nebraska:

It appears that Nebraska needs two more wins to get into the Easy Bubble Solver field, and even that would put the Huskers right on the razor's edge (an EBS total of 98 would basically tie Nebraska with Arkansas for the final spot).

Anything less than two more wins, and Nebraska is clearly not in the field.

What about the Gophers?

Minnesota's outlook is nearly identical to that of Nebraska. Win two games, in any combination, and you're just barely in the Easy Bubble Solver field (leaving your fate in the hands of the selection committee). Win fewer than two games, and you're almost certainly out. As with Nebraska, the Gophers can remove all doubt by winning three more games.

It is with this backdrop that we enter the final weekend of conference play. The Gophers and Huskers both find themselves playing at home on Sunday, in desperate need of every win they can scrape together. Minnesota has a much easier assignment in hosting Penn State, compared to the Wisconsin matchup that Nebraska faces.

Both games project to be close, hard-fought affairs, and they should serve as a fitting flourish to the 2013-14 regular season. Enjoy the games, Big Ten fans – the Madness is nearly upon us.