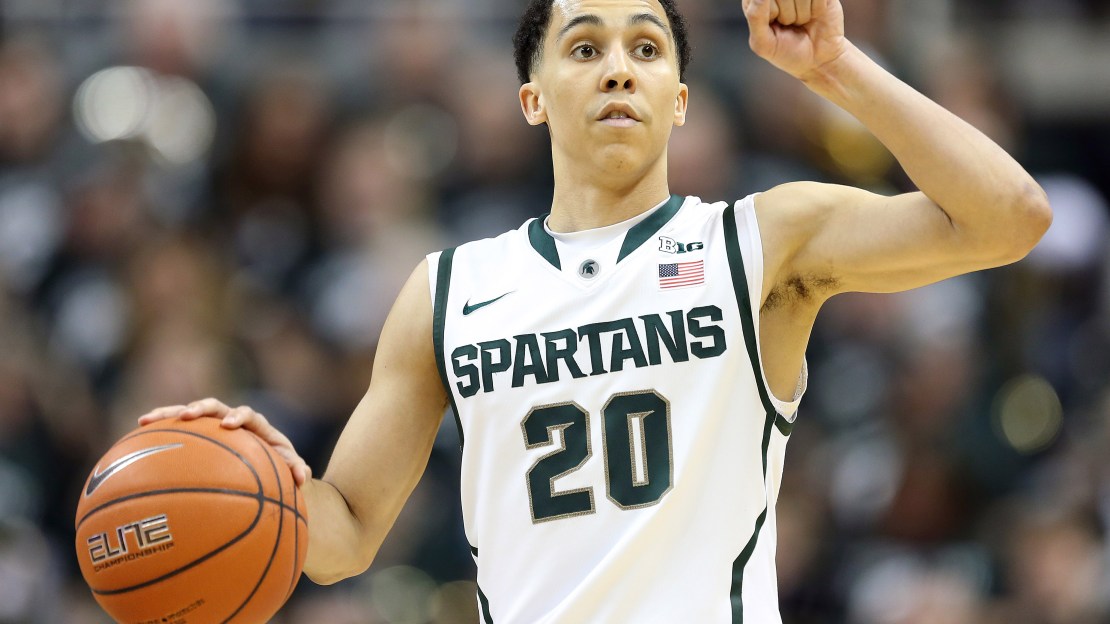 Tempers flared in East Lansing on Thursday night, and it came to a head late in the second half of Michigan State's 86-76 win over Iowa. Iowa's Zach McCabe and Michigan State's Travis Trice got tangled up on an inbound play, and it appeared that McCabe brought Trice to the ground.

The play resulted in a foul on both players – much to the displeasure of the Michigan State crowd – and a technical foul on McCabe, who was disqualified for five fouls. Michigan State reserve Russell Byrd was ejected for leaving the designated team bench area.

VIDEO: Zach McCabe gets tangled up with Travis Trice. Double foul is called. Did the refs get it right? – http://t.co/KbatwgzLfd

Did the refs get it right with the double-foul call?

You be the judge.