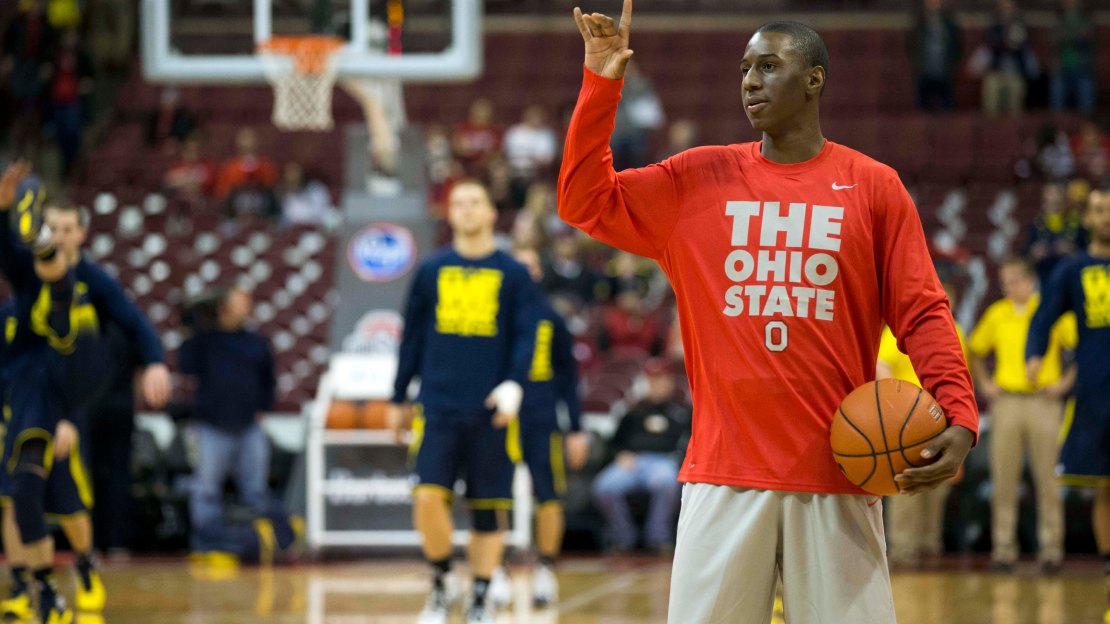 Shannon Scott knows what?s on the line this Sunday when Michigan State comes to Ohio State for the regular-season finale. The Buckeyes need to regain their mojo after dropping their last two games: at Penn State and at Indiana. Honestly, those were two contests Ohio State should have won. The defeats killed a three-game winning streak and run of six victories in seven games for the Buckeyes. Is self-doubt creeping back into the mind of a team that earlier this season lost four in a row and five of six games after a 15-0 start?

The time is now to get back that winning edge with the Big Ten tournament around the corner. Scott, the son of ex-North Carolina and NBA star Charlie Scott, is doing his part as an unselfish team player. Perhaps Scott?s upbringing in a basketball household gave him perspective others lack in making a personal sacrifice for team gain.

Prior to the Buckeyes? game at Wisconsin on Feb. 1, the 6-1 junior asked Thad Matta if he could come off the bench instead of start. How many players would have done that? Exactly. The move worked. With Scott serving as a spark off the bench, Ohio State pushed on to win six of seven games to revive its season.

The lithe point guard is averaging 7.4 points, 3.5 rebounds and 3.4 assists for the Buckeyes, who are 22-8 overall and 9-8 in the Big Ten as they fight with Iowa and Nebraska to finish fourth in the Big Ten and thus earn an opening-round bye in the conference tournament.

I caught up with Scott as he prepped for the visit from Michigan State.

Q: What would it mean to send seniors Aaron Craft and Lenzelle Smith, Jr., out with a win on Senior Day this Sunday vs. Michigan State?

A: It would mean a lot. But we are trying not to think about that. It?s more important to just get the win to get us into the best situation we can for the tournament. Still, it would mean a lot for them.

Q: When you guys are playing well, like you did during a 15-0 start to the season, what things is the team doing well?

A: We communicate well. We just have a different edge about us when we are clicking. We feel like no one in the country can beat us. We figure out ways to win games any way we can. We play well the entire game, not just a half or so.

Q: When you guys are struggling, like when you lost four in a row and five of six games and you?ve lost two in a row now, what are some of the things you aren?t doing?

A: We weren?t playing as a team. There are times when we are playing one-on-five ball. We also aren?t talking on defense. It?s little stuff like that which comes back to haunt us.

Q: How would you describe your role on the team?

A: I come off the bench and try to fit in where I can and figure out what the team needs at the time and try to do it.

Q: Why did you go to Coach Matta and request to come off the bench instead of start?

Q: Have you been happy with your play as a shooter and defender?

A: Yes. I always think I can do better, but there is nothing I really would change right now.

Q: What is your signature move?

A: There is nothing I want to say publicly about that, but I do have a couple.

Q: When the team was struggling after that strong start, did Coach Matta talk to the team or was there a player?s-only meeting?

A: We had a players-only meeting and we talked about the things that we have to sacrifice for us to be successful. You have to put your ego away, forget the social media. We talked about ways we could be a better team.

Q: Was there any one player who was most vocal in that meeting?

A: No, not really. Everyone got a chance to talk and express how they felt.

A: He doesn?t care about it too much. We are going to read things we don?t like. But we try not to get too involved with it.

A: I think every player has at some time in their life.

Q: Is there one guy who pushes you the hardest in practice?

A: Not just one guy. We all play hard and have done a good job making our practices lively. Everyone is competing and playing hard, regardless of the situation. It makes it fun and it makes us better.

Q: What is the best team you?ve played against this season?

A: The whole Big Ten has been tough. There hasn?t been a game this year where we thought we were going to win easily. Every team in our conference is good.

Q: How often do you talk to your dad?

A: Usually every day. We talk about life and basketball. He often gives me tips on basketball and what I should be doing.

Q: Any advice he ever has given you that sticks with you today?

A: Just play hard and play smart, and the rest will take care of itself.

Q: How old were you when you finally were able to beat him in one-on-one?