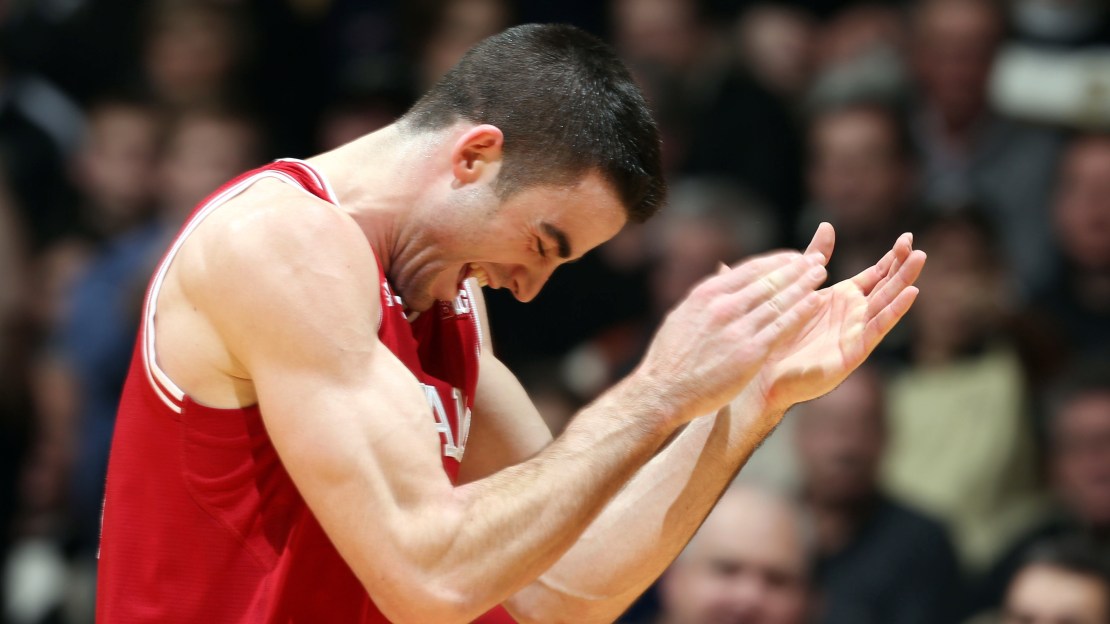 Will Sheehey was part of the recruiting class that helped make Indiana relevant again. Sheehey, out of Florida, arrived at Indiana with future 2013 NBA Draft pick Victor Oladipo. The Hoosiers struggled in his first season, racking up a 12-20 record, but they have gone 69-26 since. For that, plus his inspired play along the way, Sheehey will garner plenty of love during tonight's Senior Night festivities. Watch the ceremony on BTN2Go.

With Sheehey – in addition to Evan Gordon, Jeff Howard and Taylor Wayer – playing his final regular-season game at Assembly Hall tonight, I've compiled a collection of his top highlights throughout the years. Check them out below.

My favorite Sheehey highlight? That's got to be his game-winning bucket vs. VCU in the 2012 NCAA tournament that sent the Hoosiers to the Sweet 16. I couldn't find video of it, but watch our studio recap above.

And here?s look at some more of his highlights:

First, the photo that everyone associates with Sheehey: It's not easy to posterize a 7-footer, but Sheehey did it here:

Wow! @IndianaMBB's Will Sheehey absolutely posterizes Jordan Dickerson. You're not going to want to miss this. – http://t.co/t6HtnvgCwf

Somehow, this went in. And somehow, Sheehey wasn't hurt:

The second basket in Sheehey's record-setting 9-of-9 game vs. Purdue: