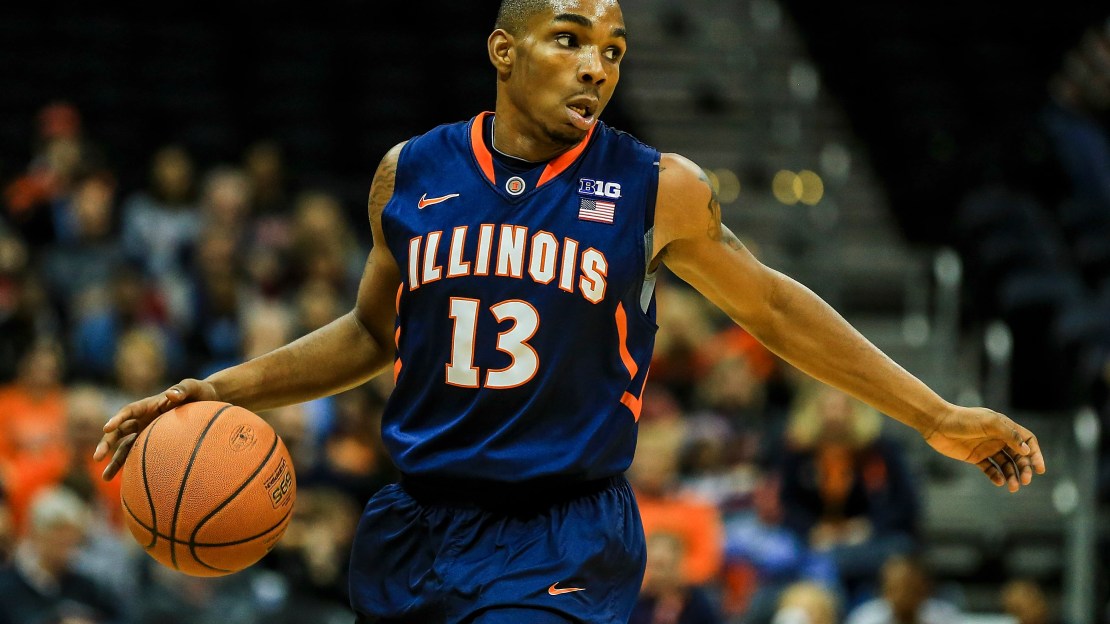 Michigan's game at Illinois game tonight (read the review) that will take place tonight didn?t look so interesting a few weeks ago. Now, it drips with intrigue. A win would wrap up the outright Big Ten title for the Wolverines, the program?s first since 1985-86. But they know the threat that the Fighting Illini poses, having won three in a row and held their last four foes under 50 points.

The Illini are motivated to win-out in a pursuit of an NCAA bid. This is gonna be a fun game. And, yes, Michigan could lose.

Have you noticed the senior season that Iowa?s Roy Devyn Marble is putting together? It?s quite outstanding. He is averaging 17.1 points, 3.5 rebounds and 3.4 assists and is the only player who has scored in double-figures in every Big Ten game this season. You can make a great case for Marble being the league player of the year. And Mike Hlas of the Cedar Rapids Gazette does just that in this piece.

It may seem like a crazy notion to suggest, but Doug Lesmerises of Cleveland.com wonders if there?s a chance that Ohio State could miss the NCAA tournament. Hey, in this crazy season, I guess anything is possible.

Good news for Michigan: Big man Jon Horford says he will return for a final season of eligibility after graduating in the spring.

He and Jordan Morgan have formed a nice inside duo with Mitch McGary out most of this season.

What is ailing Michigan State? Here are four headache areas. Chief among the concerns: Keith Appling must regain his shooting form. Oh, and here?s another: Who is the leader of this team?

What?s it all mean? Tom Izzo?s streak of taking every Michigan State player who stays four years to the Final Four probably will come to an end.

David Jones of the Harrisburg Patriot-News has seen a lot of Penn State basketball in his career. And I mean A LOT. Where would he rank the current guard tandem of Tim Frazier and D.J. Newbill among the school?s all-time backcourts? And it?s a surprisingly strong group of Nittany Lions backcourts. I?m not sure about PSU history, but I think the Frazier-Newbill duo is as good as any in the Big Ten this season.

I happen to think that Indiana still has a good shot to earn an NCAA bid. Yes, it will take work, beginning with winning out vs. Nebraska and at Michigan. Then, IU will need at least two wins in the Big Ten tourney. But Bob Kravitz of the Indianapolis Star thinks this late push by the Hoosiers may be too little, too late.

Ohio State lost four in a row and five of six earlier this winter after a 15-0 start. But the Buckeyes rebounded to win six of seven. All was well, right? Wrong. Ohio State finds itself in another funk, dropping two in a row as the regular season draws to a close. The timing of this slump is horrible, as the team can?t hold leads. It just doesn?t look like OSU?s year.

The Buckeyes have one game left to get things right before the league tourney: vs. Michigan State on Sunday.

Tim Beckman addressed the media yesterday, as he begins his third spring practice at Illinois. Progress has been glacial for the Fighting Illini under Beckman, who is 6-18 overall and 1-15 in the Big Ten. But, hey, hope springs eternal.

One positive of Sunday #B1G games: #Nebrasketball has a scheduled home season finale for only the second time since 1999.

Think about this: U-M is missed free throws down the stretch & a bad bounce away (IU last year) from three straight Big Ten titles. #program

My take: Yes, Michigan has arrived. It?s a LONG way from the Tommy Amaker era.

Asked #Badgers frosh Hayes if he will watch Mich at Illini. "We'll definitely be Illinois fans. Illini to the end."

My take: The Badgers could still get a share of the title.

Thinking about my All-Big Ten first team for a column this week. Lots of tough choices this year …

My take: Many, many tough choices.