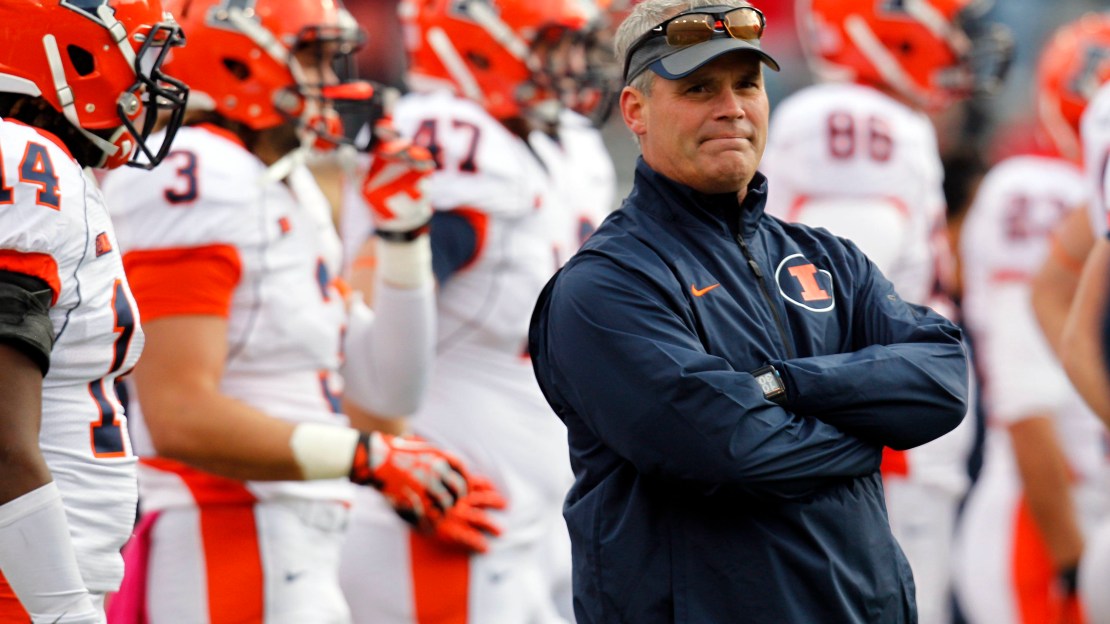 Year Three of the Tim Beckman era is about to dawn. And the picture in Champaign is still fuzzy. Is Illinois a program on the rise? The good news: Illinois ended a dubious 20-game Big Ten losing streak last season. The bad news: Progress has made glacial tangible progress under Beckman, who is 6-18 overall in two years and 1-15 in the Big Ten.

Last year offered some glimmers of hope with the offense showing life under new coordinator Bill Cubit, whose attack ranked No. 5 in the Big Ten (426.7 ypg). But overall, the first two seasons have been mostly a mixed bag of bad football.

But, hope always floats, right? This could be the year Illinois breaks out and returns to the postseason. The aforementioned offense figures to continue to improve, even with a new quarterback. Improving the ground game will be a big focus. The line needs to get stronger and more physical. Center Alex Hill must be a stud.

Here?s a look at three key areas of focus for Illinois this spring.

1. After seemingly a lifetime with Nathan Scheelhaase, Illinois is in the market for a quarterback. Who will it be? This will be one of the most fun position battles to watch this spring in the Big Ten. Reilly O?Toole is the most experienced of the bunch, but he?ll be pushed. In fact, the favorite for the job may be Oklahoma State transfer Wes Lunt, an uber talent who excelled as a true freshman in Stillwater before matriculating back to his home state. He walks, talks and looks like an NFL quarterback. Super sophomore Aaron Bailey also will be a factor. He?s the best athlete of the group, but can he throw like Lunt and O?Toole? If Bailey isn?t under center, will he still be on the field in some capacity?

2. The defense must get better. The pressure is on coordinator Tim Banks, whose unit ranked No. 11 in the Big Ten last season (481.5 ypg). The rushing defense ranked last (238.6 ypg), while the pass defense was ninth (242.9 ypg) and the scoring defense 10th (35.4 ppg). You get the picture. Playmakers are needed across the board. Tackle Teko Powell must step up along with Dawuane Smoot, who needs to emerge after Houston Bates said he wasn?t returning. The Illini were 11th in the Big Ten in sacks with a measly 15. And no Big Ten squad produced fewer turnovers (11). This team made three picks. Safety Earnest Thomas must be a star.

3. Who will be the go-to wideout with Steve Hull gone? He led the team with 59 grabs in 2013. Spencer Harris also is gone. The top returning pass catcher is running back Josh Ferguson. Not ideal. The top returning wideout? Martize Barr, who made 26 catches in 2013. Keep an eye on Geronimo Allison and Marchie Murdock.