Dienhart: Keep an eye on these spots at Wisconsin 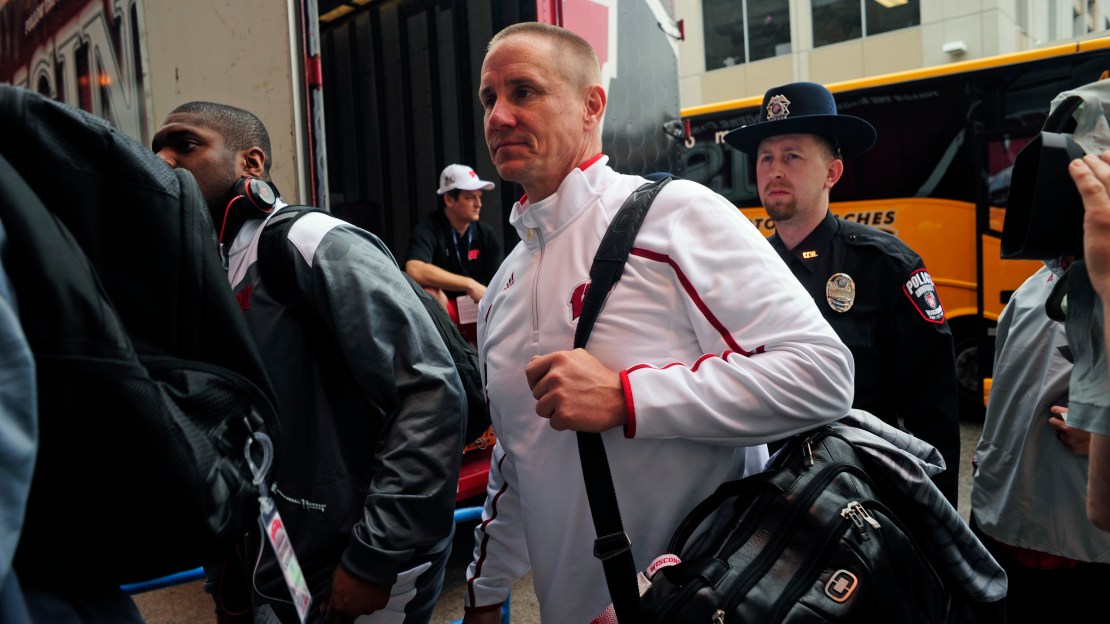 Gary Andersen?s debut in Madison was a rousing success-save for the stumble at the end that saw the Badgers lose their regular-season finale at home to Penn State and then fall to South Carolina in the bowl game. Still, there is a lot for Wisconsin to build on after last year?s 9-4 mark that saw the program?s run of three consecutive Rose Bowls come to end.

Andersen needs to develop more big-play ability on offense with a passing game that ranked No. 9 in the Big Ten (197.1 ypg). That task is complicated by the loss of star receiver Jared Abbrederis. Who will be the big-play wideout now? Jordan Fredrick is a possibility, along with Kenzel Doe, Robert Wheelwright and Reggie Love.

Here are three key areas to watch this spring for the Badgers.

1. Joel Stave looks like the guy at quarterback. But what do the Badgers have behind him? Tanner McEvoy arrived from a JC last season, but he flipped to defense. He?s now back under center. Is his arm strong enough? And, if he was that good to begin with, why was he moved to defense in 2013? Bart Houston got his feet wet last season and is ready to show his stuff after dealing with a shoulder injury that caused him to redshirt in 2012. Houston needs better touch. And keep an eye on true freshman D.J. Gillins, a top athlete who already is on campus. But he?s raw.

2. The offensive line needs to be fortified for a unit that lacks depth. So, youngsters like Walker Williams, Jaden Gault, Michael Deiter, Hayden Biegel and Ray Ball will have a chance to impress. Dieter and Gault are early freshman enrollees. The projected starters could look like this: LT Tyler Marz; RG Kyle Costigan; RT Rob Havenstein. Dan Voltz or Dallas Lewallen could start at center or left guard. Lots of potential for an offense that will continue to be built around the power running game. Melvin Gordon should like running behind these guys.

3. The defensive front seven must be overhauled. The line loses Beau Allen, Ethan Hemer, Tyler Dippel; Pat Muldoon. The linebacking corps bids adieu to Ethan Armstrong, Brendan Kelly and Chris Borland. The loss of Borland is especially debilitating. He is an all-time great who was a heart-and-soul player. Up front, the staff will watch Jake Keefer and Konrad Zagzebski at end and Warren Herring on the nose. Vince Biegel is a building block at linebacker. Speedy Michael Caputo also is a key guy, too, along with Derek Landisch. There is underrated athletic ability at linebacker.