Dienhart: Can Wisconsin earn a No. 1 seed? 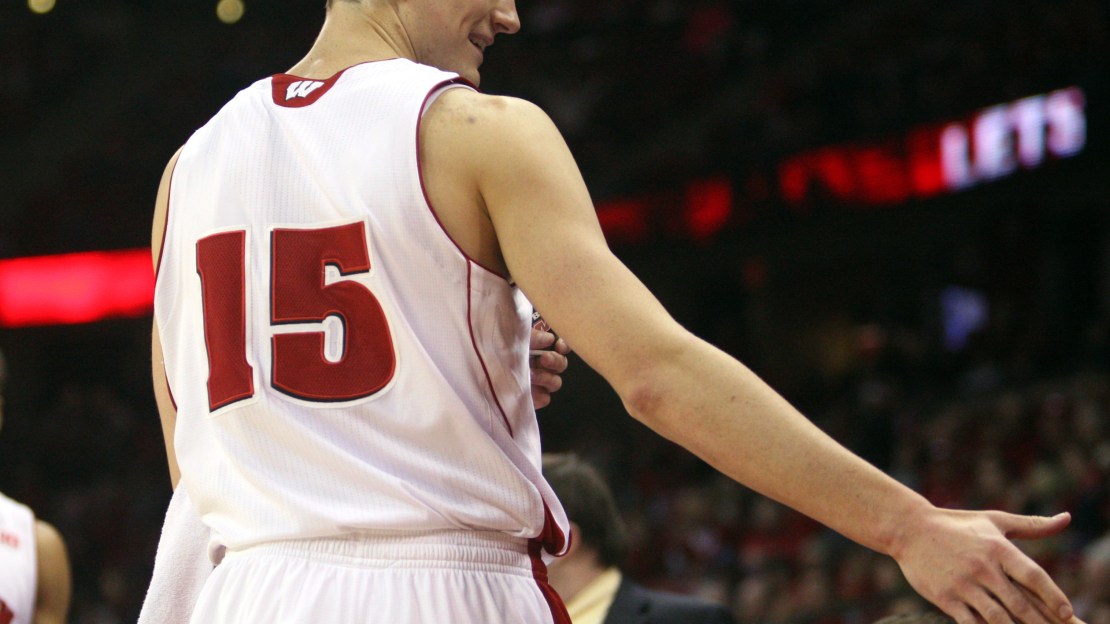 Few teams in the nation are playing better than Wisconsin. In fact, the Badgers may have the stuff of a No. 1 NCAA seed. Really. Read on.

The Badgers have ripped off seven wins in a row, improving to 24-5 overall and 11-5 in the Big Ten. The recent surge has pushed Wisconsin back into the Top 10, as the No. 9 Badgers are the highest-ranked team in the Big Ten.

Wisconsin began the season on a roll, jetting to school-record 16-0 start that pushed it to No. 3 in the nation. That?s when things turned sour for Wisconsin. The Badgers lost at Indiana, setting off a stretch where they lost three in a row and five of six games. After a home loss to Ohio State-Wisconsin?s third in a row at home-the Badgers were 4-5 in Big Ten play.

"We've got to change something," guard Ben Brust said after the loss to the Buckeyes. "We can't sulk. We've got to move on."

The Badgers have moved on and not looked back, winning seven in a row to build a strong case for a No. 1 seed in the NCAA tourney.

Look at Wisconsin?s resume. The Badgers are No. 5 in the NCAA RPI.

Wisconsin has wins over five teams in the RPI Top 25-Florida; Saint Louis; Virginia; Michigan State; Michigan. That is second to only Kansas. The Badgers also have eight wins over Top 50 clubs-Iowa (twice) and Minnesota, in addition to the aforementioned teams. Only KU and Arizona have more. That's heady company.

The Badgers? top win is vs. Florida, the current No. 1 team. And three of Wisconsin?s top wins have come on the road: at Virginia; at Michigan; at Iowa. If not for that aforementioned confounding 1-5 stretch earlier this winter, the Badgers may be on top of the league now with a No. 1 seed in the bag.

Wisconsin's resume is as bright and shiny as most any others out there. And, before you ask: Yes, teams have earned No. 1 seeds after not winning their conference regular-season title. Jerry Palm of CBSSports.com notes that Duke received a No. 1 seed after finishing third in the ACC in 2005. Oklahoma got a No. 1 in 2003 from third place, too.

For all the glitter to their resume, the Badgers have work to do. First, Wisconsin must win-out to close the regular season. Wisconsin finishes vs. Purdue on Wednesday and then plays at Nebraska on Sunday. Dispatching the slumping Boilermakers in the Kohl Center should be a snap. But topping the Cornhuskers in Pinnacle Bank Arena will be a challenge.

Nebraska has a 7-1 record at home in conference play as it makes a push for its first NCAA bid since 1998. The joint will be jumping. No Big Ten team has a better home league mark. In fact, the Huskers have won seven games in a row at PBA. But the Badgers have won five Big Ten road games. This will be a great game.

Second, Wisconsin needs to win the Big Ten tourney. Wisconsin figures to enter the event as a No. 2 seed. It then must win three games in three days. It all could culminate with the Badgers playing Michigan for the league tourney title-and a No. 1 seed in the NCAA tournament-on Sunday, March 16, in Indianapolis.

For all the success Ryan has had in the Big Ten since arriving in Madison in 2001-02, March has been a frustrating month. Ryan has reached the Elite Eight just one time-2004-05. And he has four other Sweet 16 appearances. But the Final Four remains elusive for a program that hasn?t been there since Dick Bennett turn the trick in 2000. Maybe this is the year. And a Final Four breakthrough certainly would be easier as a No. 1 seed.