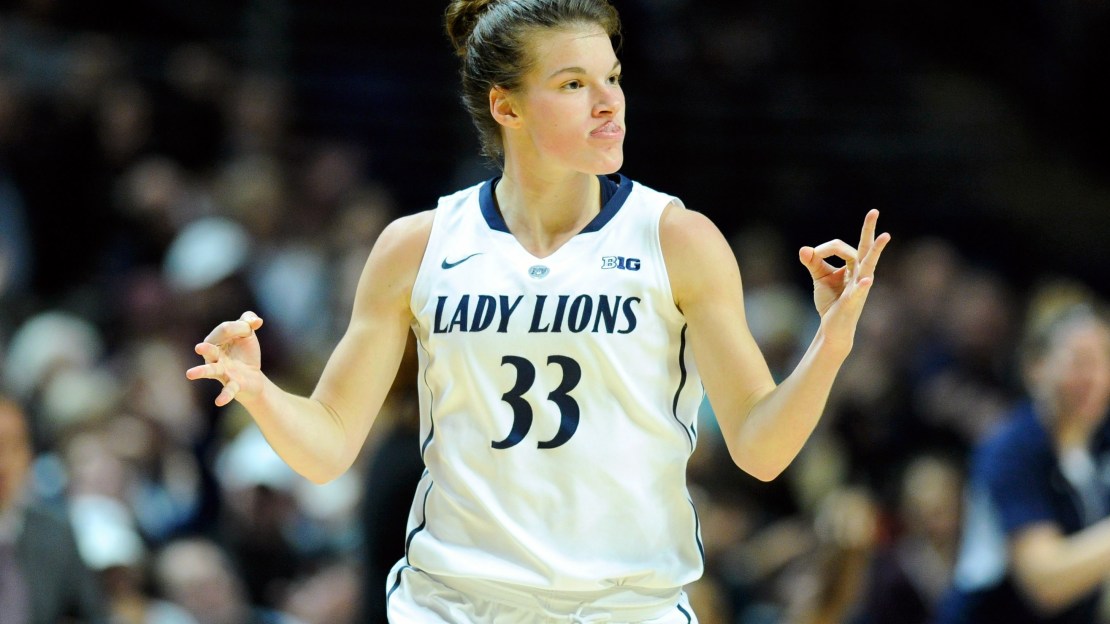 The 2014 Big Ten Women's Basketball Tournament is fast approaching, and that means it's time to rank the top 10 games of the year. Talk about a difficult list! With so many close games, this is no easy chore. With that said, here's my list of the 10 best games from the 2014 Big Ten season.

Did I miss one? Comment in the box at the bottom of the story or tweet me @BTNSean.

10. Iowa 65, Ohio State 61, Feb. 27. After missing a total of 53 games with ACL injuries from 2009-2011, Theairra Taylor picked a perfect time to shine bright for the Hawkeyes. The senior guard scored a season-high 21 points, including the game-clinching shot with 22 seconds left to lead Iowa to a 65-61 win over Ohio State. The victory was part of a span in which the Hawkeyes won six of their final seven games to close out the regular season.

9. Northwestern 71, Purdue 68, Jan. 9. Maggie Lyon scored a game-high 20 points and Christen Inman added 14 second half points as Northwestern held on to an impressive 71-68 upset win over Purdue. The victory marked the first win for Northwestern over a ranked team this season.

8. Nebraska 66, Northwestern 65, Jan. 2. The Huskers kicked off Big Ten play with one of the most memorable games of the Big Ten season. Rachel Theriot flirted with a triple double, finishing with 19 points, eight assists and six rebounds, including the game-winning shot with just over 1:30 left to give the Huskers a huge 66-65 win over Northwestern.

7. Nebraska 88, Minnesota 85 (OT), Jan. 16. This was Jordan Hooper at her best, notching 18 points and 10 rebounds on her way to becoming the fourth Nebraska player ever to reach 2,000 career points. After trailing for much of the game, the Huskers went on an 18-6 run in the second half to force overtime and won behind the play of Hooper and Rachel Theriot.

6. Nebraska 71, Wisconsin 70 (OT), Feb. 5. This was a career-game for Nebraska junior Tear'a Laudermill, who scored 21 points and hit a personal-best five 3-pointers as the Huskers escaped Madison with a 71-70 overtime win. Emily Cady, who finished with 10 points and 11 rebounds, hit the game-winning free throw, sealing the win for Nebraska.

5. Northwestern 63, Nebraska 59, Jan. 26. Led by freshman standout Nia Coffey, the Wildcats shocked Nebraska in one of the biggest upsets of the Big Ten women's hoops season. Northwestern entered the game in desperate need of a win, having lost three of its last four games, including a 25-point loss to Purdue three days earlier. But Coffey put up a double-double with 22 points and 12 rebounds, outplaying All-Big Ten performer Jordan Hooper.

3. Purdue 74, Iowa 73, Feb. 16. This was Courtney Moses' senior moment as the Boilermakers' captain scored a game-high 25 points, including the game-winning free throws with seven seconds remaining to lead Purdue to a 74-73 win over the Hawkeyes. Moses had the last seven points of the game and helped notch a crucial win that would be part of Purdue's six-game win streak.

2. Purdue 77, Nebraska 75, Jan. 19. Purdue junior Whitney Bays capped this thriller by with a game-winning putback following an offensive rebound with one second left to knock off No. 18 Nebraska in Lincoln. Purdue's Courtney Moses scored a game-high 21 points as the Boilermakers capitalized on 10-of-19 shots from 3-point range.

1. Penn State 75, Purdue 72, Jan. 30. This was one of the Nittany Lions most memorable games of the season, as they went into Mackey Arena and avenged their lone Big Ten loss by beating No. 19 Purdue 75-72. Credit Penn State's one-two punch of Maggie Lucas and Ariel Edwards, who combined for 44 points and helped hold Purdue to a measly 32 percent shooting clip in the win.