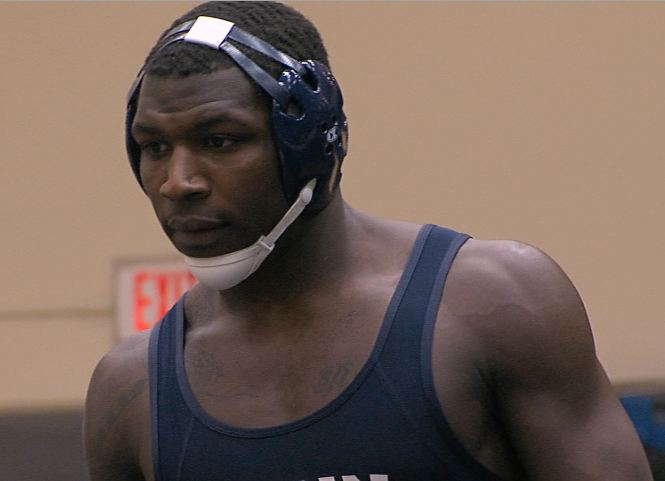 We decided to have a little fun providing a preview for this year's B1G Wrestling Championships on March 8-9 at Wisconsin. BTN wrestling analyst Jim Gibbons, an NCAA champion both as a wrestler and coach at Iowa State, will break down one weight class per day, and pick a winner, each day through March 7. Today, it's the 184-pound weight class.

Pick: Ed Ruth, Penn State. All seven defending NCAA champions have taken it on the chin this year, but the most surprising to me was Penn State's Ed Ruth. He was dominant in 2012 and 2013, winning both NCAA finals matches by a major decision. Ruth can sometimes give the impression he is disinterested while in matches, but not so when his team needs him. He has improved his skills throughout his career, attacking now to both sides of the body and he is the best I've seen at taking opponents to their back once the far side cradle is locked up. Ruth is the obvious pick to join his teammate David Taylor and become a four-time Big Ten champion.

Minnesota's Kevin Steinhaus and Iowa's Ethen Lofthouse will likely battle for the other finalist position. Steinhaus seems to be rounding into form after an offseason injury and Lofthouse has been in and out of the lineup the last two months. The surprise would be if this potential match is anything other than close.

Another guy to keep your eyes on for an upset is Michigan State's John Rizqallah. He rides legs well and scores on spin arounds after opponents shoot a single.

There are some tough underclassmen to look at in this weight class, and given the top three seeds are seniors, the heir apparent to Ruth might be in this mix. Ohio State sophomore Kenny Courts and Michigan freshman Domenic Abounader have upside and probably can't wait to wrestle someone out of the conference.

Mr. Upside: TJ Dudley, Nebraska. Dudley has won five straight matches in February and although he will likely be on Ruth's side of the bracket in the Championships, like Courts and Abounader, he could be good for an upset or two in the NCAA's.