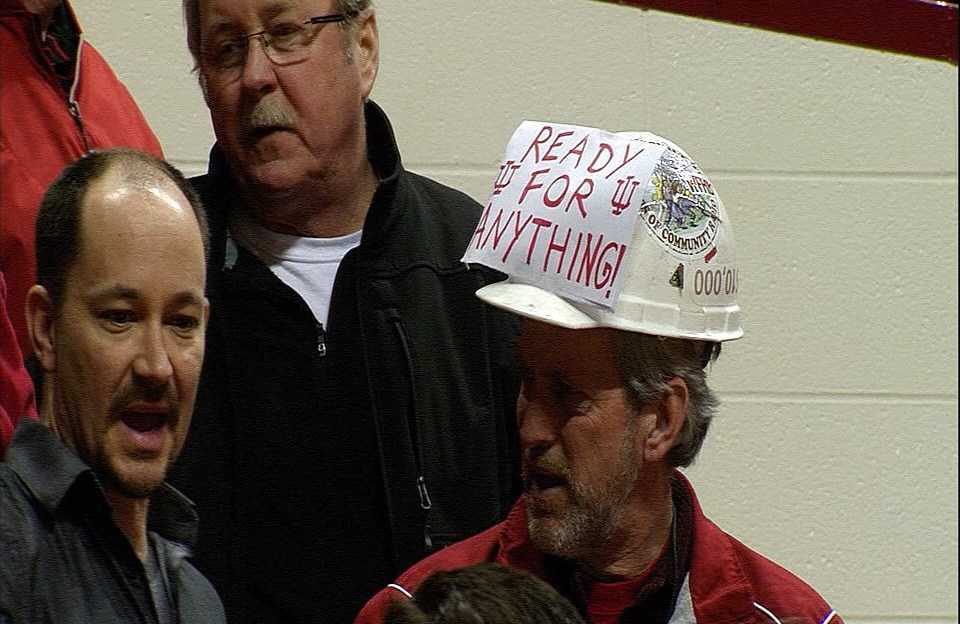 Thursday night's No. 20 Iowa at Indiana game was originally scheduled to be played last Tuesday, but the game was rescheduled due to a piece of metal that fell from the ceiling of Assembly Hall. The falling metal damaged several seats in the northwest corner of the arena. In the first men's game since the roof issue, several Indiana fans showed up to the exciting 93-86 upset win wearing Hoosier-themed hard hats.

One fan (shown above) attached a sign to his hard hat, which read "Ready for Anything."

Here is another Indiana fan who went with a red firefighter hard hat.