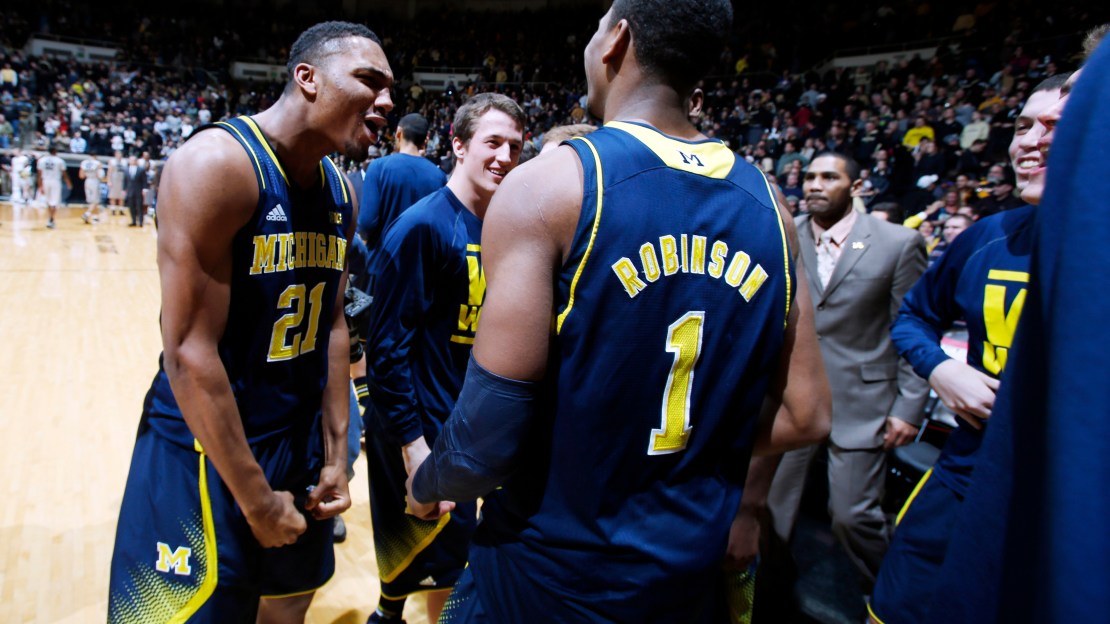 Needing a bucket in the final seconds to avoid an overtime loss at Purdue, whose number did John Beilein call? Nik Stauskas? Nope. Out of a timeout, and with 2.9 seconds left, the Wolverines sent the inbound pass to Glenn Robinson III. It was a dangerous pass, but Robinson III hauled it in, drove to the bucket, and put up a shot that danced on the rim before going down.

Watch the game-winner below:

Watch the ball on the rim there, and one can't help but think about Michigan last-second effort in the season finale against Indiana last year. That one rolled off the rim (watch it below). This time, Michigan got the result it wanted.

The victory kept Michigan in sole possession of first place. Had the Boilermakers pulled off the upset, Michigan and Michigan State would have been tied at 11-4.