Big Ten Geeks: Back on the NCAA tourney bubble 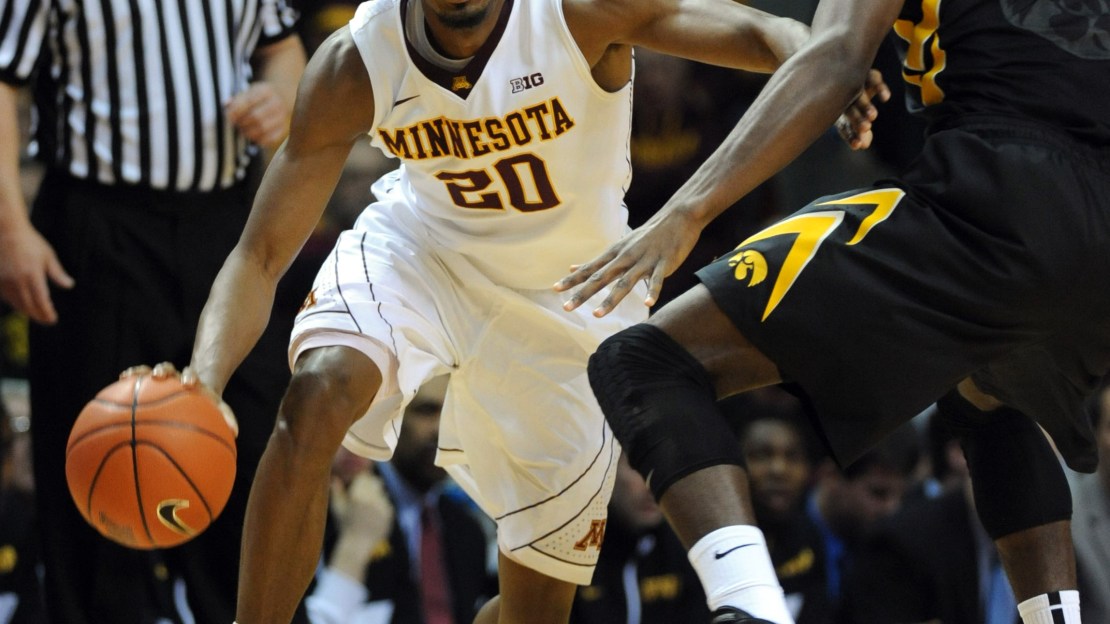 Minnesota propelled itself back into the field of 68 with a decisive win over Iowa at home. The Gopher defense has been much-maligned this season (this is the second-worst defense in the Big Ten), but that doesn?t matter when you shoot 58 percent from 3 and 63 percent on 2s.

As Uncle Drew would say, this game has always been about getting buckets, and when you shoot like this you don?t need to defend all that well to get a win. Austin Hollins led the way with 27 points on 10 shots, but I think the best indication of how this game went for Minnesota is the fact that Charles Buggs scored 13 points on 6 shots. He had all of 5 points on the season before last night.

Mathieu on Buggs: They were leaving him open like they didn't expect him to make it, so I kept finding him. #Gophers #Hawkeyes

With a road trip to Ann Arbor preceding a home tilt against Penn State, the likely finish for Minnesota is 8-10 in conference play. That might be good enough to get Richard Pitino?s team in the field of 68 without any more signature wins, but another victory over one of the top-5 in the Big Ten Tournament would probably go a long way to sealing up an at-large bid.

Iowa now figures to fall well outside the conference title race, but this is still not a team to be reckoned with. On a point-per-possession basis, the Hawkeyes rank second to only Michigan State in overall efficiency margin in conference play. Last night?s loss-a road loss to a team that catches fire from 3-was probably Iowa?s worst on the season. Iowa is starting to look like a 5-seed that some 4-seed is really going to complain about facing.

Meanwhile, over in Madison, the Badgers overcame a 10-point halftime deficit and outscored the Hoosiers 50-29 in the second half to tally a fairly convincing home victory. All five Wisconsin starters ended up in double figures.  The key to this game was Wisconsin?s ability to take away Indiana?s free throw game (IU attempted just three free throws for the entire game). As anyone who?s seen the Hoosiers? warm-up drills, getting to the line is a point of emphasis for Tom Crean?s teams. But this season, there just has not been enough ballhandling or shooting ability that puts opponents out of position such that they have to foul.

Indiana?s two-man offense was once again on display last night, with Yogi Ferrell and Noah Vonleh combining for 42 points (34 shots), but the rest of the team only managed 16 points, combined (23 shots).

VIDEO: What a comeback, @BadgerMBB! Here are all the top plays from #Badgers' win over #Hoosiers. WATCH – http://t.co/dd93CmCa3E

Tonight, Nebraska looks to keep its winning streak going, while Purdue will try to play spoiler to Michigan. If Tim Miles is able to pull off the upset tonight (Illinois is projected to win by 1, per Pomeroy), Nebraska would clinch a .500 record in conference play.