While Ryan Miller was in Sochi, his frenchie toured MSU 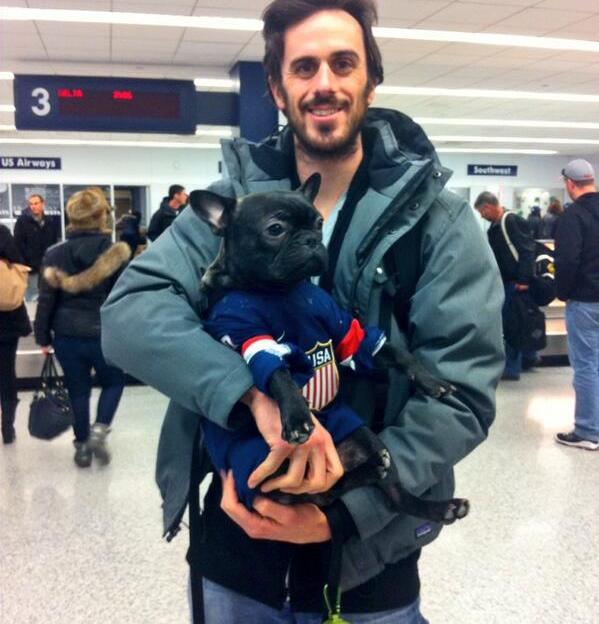 What did the dog of former Michigan State goalie (1999-2001) and current Buffalo Sabre Ryan Miller do while his owner was minding the net for Team USA in Sochi? He toured Miller's campus and visited all of the top spots, of course. See pictures of Miller's french bulldog Puck in front of Magic's statue and in the net at Munn Ice Arena, plus so much more, in this post.

Home from Sochi, where Miller and Team USA lost to Finland in the Bronze Medal Game, the former Spartan has been reunited with Puck.

Hanging out at Sparty! First stop of my @michiganstateu campus tour! pic.twitter.com/rJ6ifyfJlq

Breslin Center with Magic Johnson! So much fun on MSU campus #GoGreen pic.twitter.com/sgkPy1XSEh

Blending in with aunt Brynne's coat center ice at Munn! Chased some pucks around the ice and met some friends pic.twitter.com/q3N1LmGtMk

I miss my dad! Found him all over Munn @RyanMiller3039 pic.twitter.com/ByqxP4Y8uB