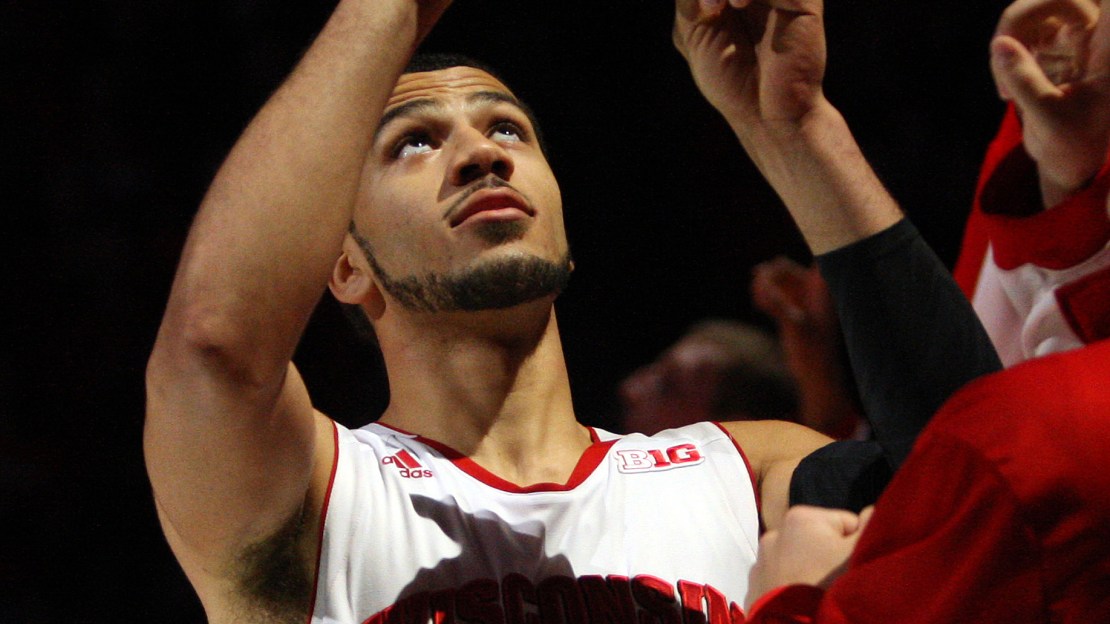 Yes, Nebraska is rolling. But no team is rolling better than Wisconsin, which has won five in a row. The Badgers are still two games off the Big Ten pace, but that doesn?t matter. What does matter is the fact Wisconsin is back on track after losing five of six games before going on its recent run. And the Badgers may be headed to Milwaukee to play their first two NCAA games as a No. 3 seed.

After beating Michigan State twice this season (and six of the last eight times) and resting atop the Big Ten standings as we hit the homestretch, Michigan can at least dream of winning the national title ? right? Sure. Why not?

Well, looks like Fran McCaffery has had enough of social media after the weekend Twitter blow up involving Zach McCabe and some fans. McCaffery?s solution: Players must shut down Twitter accounts until the end of the season.

?My overall impressions of social media are negative, for the very reason of what we just experienced,? McCaffery told reporters during the Big Ten teleconference Monday morning. ?It?s not something we can dwell on. I think what we have to do, and what I?ve done, is to tell all of our players to shut down their Twitter accounts until the season is over.?

Listen to the teleconference here:

Pat Harty of HawkCentral.com thinks this is a good idea.

Hogwash. It?s a horrible idea. Let the players make the decisions on their own. ?Smashing? something because you can?t control it is silly. I can?t help but think of the term ?luddite.?

It was great to see Minnesota give Jerry Kill a new deal recently. The program is on the rise, and Kill seems to be gaining more control over his epilepsy. He?s driving again for the first time in years. But, the university is taking steps to protect itself if Kill struggles with health issues.

Whoa! Forty-two secondary violations in 2013 for Ohio State? Wow. I guess this isn?t a big deal.

If you are an Ohio State fan, this is a good sign: Sam Thompson is beginning to find his groove. The Buckeyes are gonna need his offense if they wanna make any type of run in March.

It?s been seven games since Thompson was inserted into the starting lineup, replacing Shannon Scott to end a two-point guard system that also included Aaron Craft. Ohio State has gone 6-1 after losing four of its previous five games. The first five games in the new lineup were nondescript as far as Thompson?s performance. Still, his impact is tangible.

The gang at Athlon Sports is at it again with some nice content. This team, the publication ranked the best football-basketball coaching tandems in the nation. Who is No. 1? The Michigan State duo of Mark Dantonio and Tom Izzo. Ohio State is No. 2; Wisconsin No. 6.

"We've being doing this list for two years, and the way I defined it was who has the best duo, in terms of keeping the program in contention from the start of football season until the end of basketball season," Fox said. "If you are a student or fan of Michigan State or Ohio State, odds are you are going to be excited to go those games.

"You look at the last year, and after Mark Dantonio and Michigan State beat Urban Meyer's head to head it was an easy call to move them (Michigan State) ahead."

Nebraska?s wild, wonderful ride just won?t stop. The Cornhuskers have won five in a row and eight of 10 games, inching a half-game out of fourth place and ever closer to earning a bye in the Big Ten tourney and maybe notching an NCAA bid for the first time since 1998.

Purdue?s already dreary season got drearier with news that Sterling Carter will miss the rest of the season with a knee injury.

Like, the last time #Nebrasketball won three straight true road games in a season: 1998 (at Texas A&M, at Colorado, at Iowa State).

Beilein on @michiganinsider re: McGary: We have no plans for (return this yr). But I never say never for anything. Get right for the future.

My take: Michigan has been doing pretty well without the big fella.

Beilein: Michigan will honor the 1989 championship team next weekend

My take: This will be pretty cool.

A 4.42 for Darqueze Dennard at the combine. So, there are on longer any questions about him. Looks good for the first round.

Meanwhile, at #MichiganState, it's time to wonder if FB coach Mark Dantonio should make as much – more? — as basketball coach Tom Izzo.

Big Ten tournament March 13-16 in Indianapolis is sold out, conference announces. Best of luck to fans buying on the street. #buckbk

My take: Gonna be a fun, wild and unpredictable event.

My take: A nice addition of the former Georgia running back.

Robbie Hummel Tweets that it was four years ago today that he suffered his first ACL injury .. The Barn in Minneapolis.

My take: And Purdue hoops never really has been the same.