Friday night football? There are 'lots of possibilities' 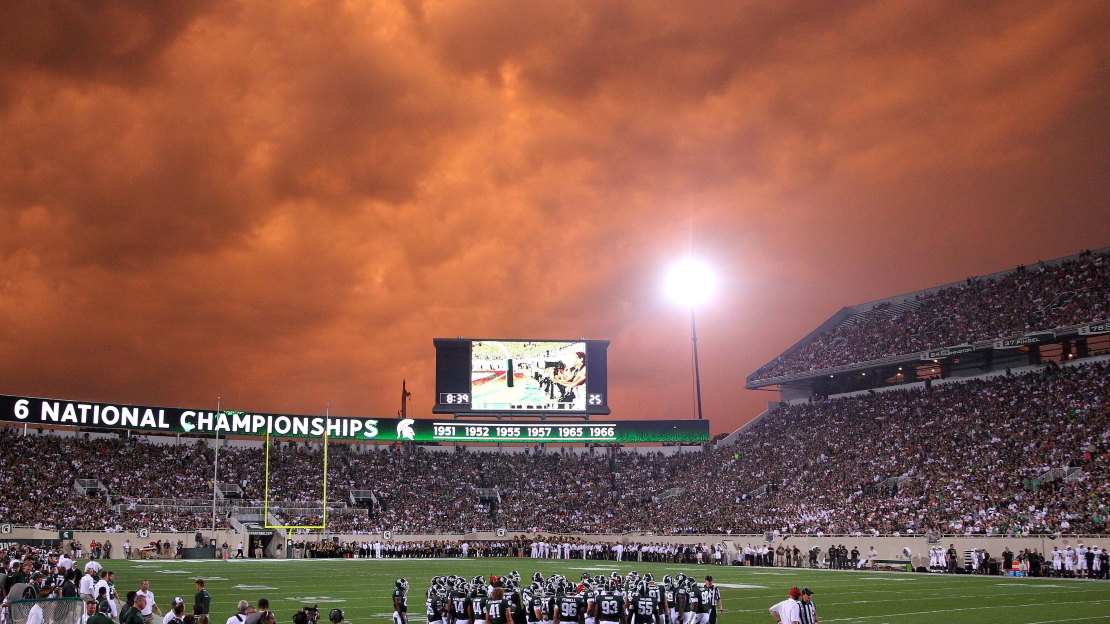 Talk about night football games continues to churn to the point where Big Ten commissioner Jim Delany is soliciting input about playing Friday night games. Hey, it?s all about the almighty TV dollar, in case you didn?t know.

We have seen some schools in recent years play season-opening games on Friday nights, including Indiana, Minnesota and Michigan State.

ESPN currently airs games on Friday nights, but they typically are unappealing contests from lesser leagues. San Jose State vs. Utah State doesn't really move the needle, if you know what I mean.

The Big Ten could step in and own Friday night. Make it the league?s own: ?Friday Night Big Ten Football.? Get a title sponsor. Write a theme song. Hire an A-team announcing crew. Lots of possibilities.

I am sure a TV network would play handsomely for such a package, just as we have seen the networks dole out massive sums of loot to the NFL for its Monday, Thursday and Sunday night TV packages.

The Big Ten is leaving a lot of money on the table sticking to a largely traditional TV scheduling format of Saturday games. The league should schedule a package of attractive Friday games, and put the product on the table for networks to bid on, and go from there.

If the prospect of more exposure and money isn?t enough for the Big Ten, here?s more motivation: If the Big Ten sits idle on such an idea, the SEC and its new network may run with such an idea.

It's time for some outside-the-box thinking to stretch the Big Ten brand and deepen its pockets in this ever-competitive TV sports market.