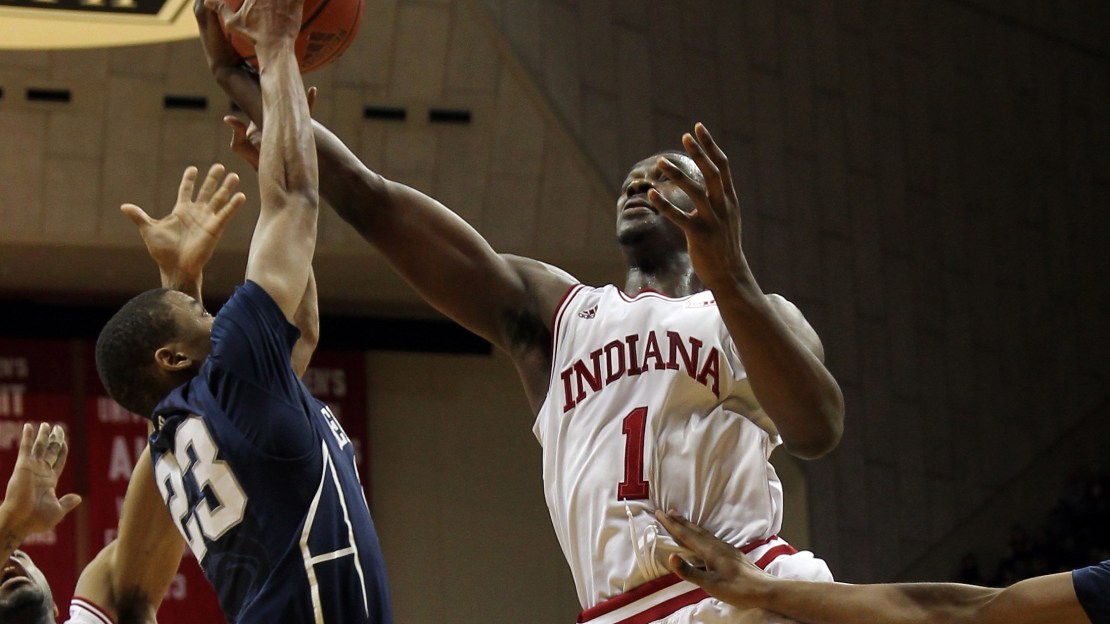 As the Big Ten hoops season comes down the final stretch, the play of several freshmen could make-or-break a team's NCAA Tournament chances. Be it on the offensive or defensive end on the court, there are plenty of Big Ten freshmen who have made their presence felt.

Here is my ranking of the top 10 freshman performers.

1. Noah Vonleh, PF, Indiana. Vonleh has been outstanding in his first year in Bloomington. The 6-10, 240 pound big man is averaging 11.7 points and 9.4 rebounds per game, which leads the Big Ten this season. Vonleh also ranks in the top 10 of the conference in blocks (34) and field goal percentage (.535). Vonleh is projected to be a lottery pick if he does choose to declare early for the 2014 NBA Draft.

2. Nigel Hayes, PF, Wisconsin. This talented freshman has been a fan favorite in Madison this season. Perhaps the most impressive thing about Hayes' game is how good he has been in Big Ten play. Through 14 conference games, Hayes is averaging more than 10 points per game and is shooting .534 from the field, which ranks fourth in the Big Ten.

3. Derrick Walton Jr. PG, Michigan. Walton Jr. had some big shoes to fill this season after being named the replacement for National Player of the Year Trey Burke. After a slow start, Walton Jr. has come on strong as of late, putting up double-digit point totals in seven of the Wolverines' 14 Big Ten games. He ranks in the top 12 of the Big Ten conference in assists (3.1 apg), free-throw percentage (.800), 3-point percentage (.467) and assist-to-turnover ratio (2.0) during conference play.

4. Kendall Stephens, SG, Purdue. When talking about the top 3-point shooters in the Big Ten, Stephens is a name that has to be included in the conversation. The talented freshman is averaging 7.9 points per game and has hit 29 3-pointers in Big Ten play, which ranks third in the conference.

5. Zak Irvin, SF, Michigan. Irvin is another talented long-range shooter who has found a niche in John Beilein's run-and-gun offense. Irvin is shooting .425 from 3-point range, which ranks fourth in the Big Ten this season. His 45 3-point field goals is the second most of any Big Ten non-starter, trailing only Minnesota's Malik Smith.

6. Troy Williams, SF, Indiana. When it comes to the most exciting players in the Big Ten, Williams has to have a spot near the top of the list. This high-flying freshman has been a human highlight film for the Hoosiers this season. Williams is putting up 6.9 points per contest, and also ranks second on the Hoosiers in rebounds steals.

7. Kenny Kaminski, PF, Michigan State. After redshirting last season, Kaminski has been a pleasant surprise for Tom Izzo's team this season. Like Stephens and Irvin, Kaminski is also an exceptional 3-point shooter. The 6-8 sharp shooting forward is hitting 47 percent of his 3-point shots in conference play, which ranks third in the Big Ten. He has provided valuable minutes off the bench for a Michigan State team that has had to deal with so many injuries throughout the season.

8. Kendrick Nunn, SG, Illinois. Nunn has been a brightspot this season for an Illinois team that has really struggled throughout Big Ten play. Since being implemented into the starting lineup midway through the conference season, Nunn has put up 19 points on two separate occasions in the month of February. During those two games, he shot 9-of-16 from downtown, good for a .562 clip.

[ MORE: Former Big Ten players responds to be "called out" on Twitter ]

9. Stanford Robinson, SG, Indiana. Robinson is another guy who got off to a slow start in non-conference play, but he has really turned in around in Big Ten action. The 6-4 guard has scored in double-digits in five Big Ten games and become one of the bright spots in what has been an up-and-down season for the Hoosiers.

10. Basil Smotherman, SF, Purdue. Smotherman is another high-flying freshman, who like Williams, has had his share of highlight-reel dunks this season. He isn't a guy who is going to blow you away with his numbers (5.5 ppg, 3.9 rpg), but his consistency has earned him a spot in Matt Painter's rotation. Smotherman is shooting just under 60 percent from the field this season, which is among the best in the Big Ten.