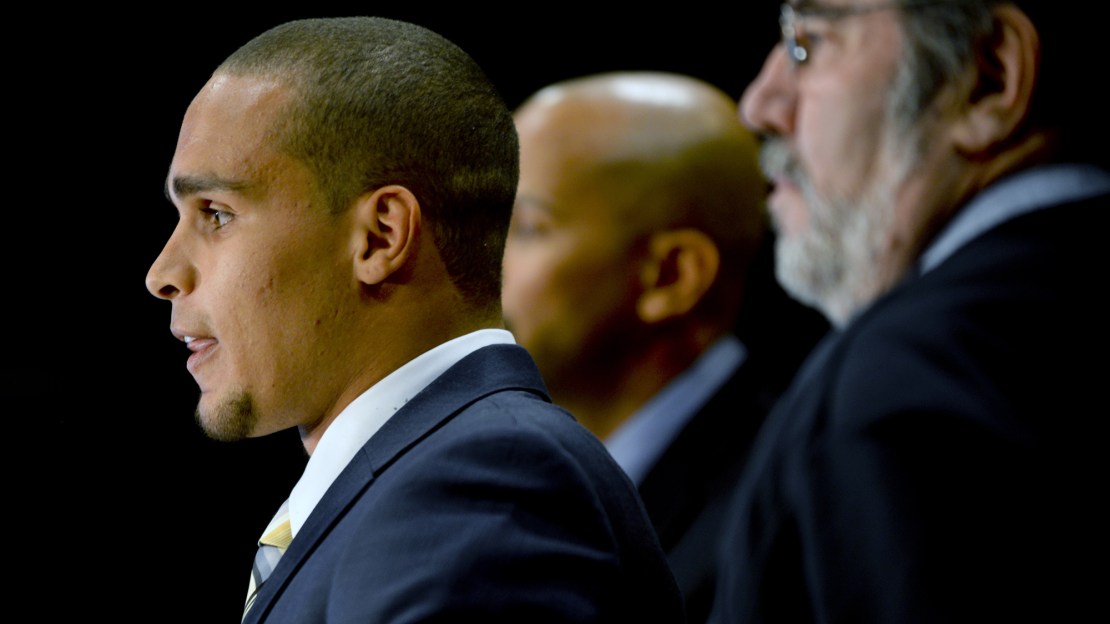 This case of Northwestern players seeking to unionize has been fascinating, creating some strong feelings on both sides. Former Northwestern quarterback Kain Colter testified before the National Labor Relations Board in Chicago on Tuesday, as the players try to show they are employees of the school with the support of the College Athletes Players Association (CAPA). Today, Wildcats coach Pat Fitzgerald testified.

The NLRB is in an information gathering stage, as it looks to see if the football players can make a cogent case. So far, that doesn?t seem to be happening.  But, CAPA lawyers for the players are trying.

Fitz is good about not letting this attny put words in his mouth, something the attny has tried to do approx 500 times.

Article in question that I wrote after #B1G Media Day has been taken out of context by CAPA lawyers. We were discussing player stipends

Colter has said some interesting things, namely that football players were steered toward easier majors.

Honestly, is that a big shock? Not really, no matter how much some feel NU is that much different when it comes to running its football program than any other Big Ten schools.

Apparently, Colter?s dream of being an orthopedic surgeon was ruined because the course requirements and such would have caused him to miss too many football activities. So, he had to switch to an easier major.

Colter was getting a free ride at Northwestern because of football, right? Not because of academics. He did have an obligation to do what he needed to do be a successful football player. But does that make him an employee? Is a student who received an academic scholarship an employee of the school?

Still, having said that, I have to think if a kid on a football scholarship REALLY wants to pursue a certain major and attain certain academic goals, a school will do all it can to accommodate.

And here?s another thought: If becoming a surgeon was that important to Colter, he could have given up football and just been a student. Of course, then he would have had to foot his own tuition bill.

It doesn?t seem Colter?s old buddies on the team are totally on board with him. The following letter was submitted to the Chicago Tribune by Northwestern center Brandon Vitabile. It shows support for the program and school.

BTN analyst Gerry DiNardo has some strong options about the goings-on. The former Indiana, LSU and Vanderbilt coach sums up his feelings here.

He has more strong takes on his Twitter timeline. You can watch more below, too.

Where is this all going to go? From monitoring the hearings, I would be surprised if the NLRB finds that the players are employees. But, stay tuned.