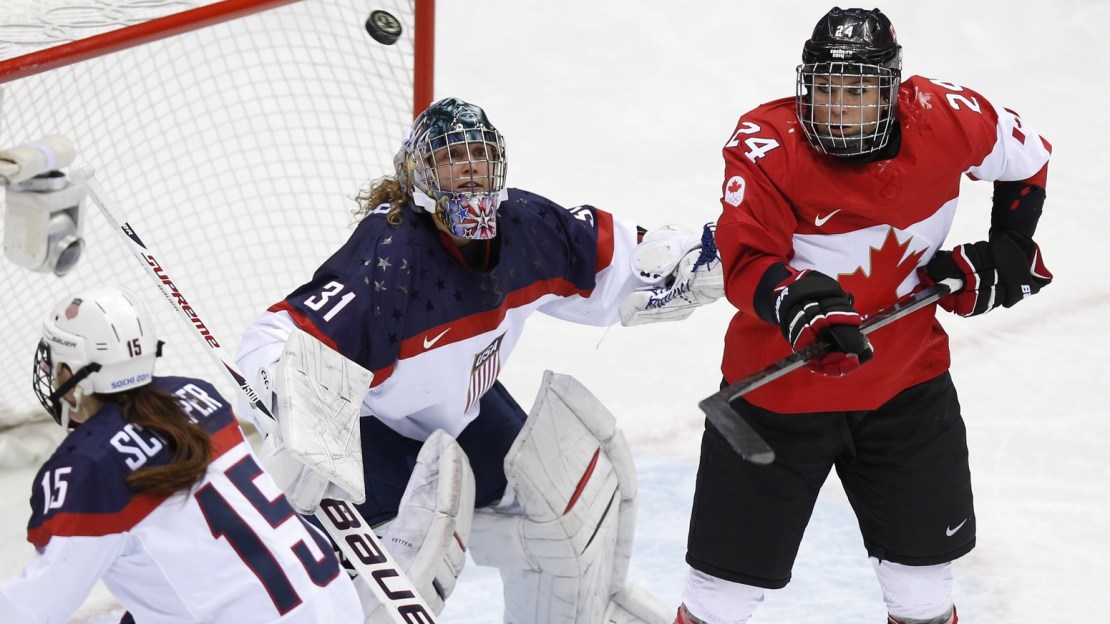 The U.S held a 2-0 lead in the third period before Canada scored two late goals to send it to overtime where they eventually won it.

Vetter played four years at Wisconsin and set NCAA records with 39 career shutouts, a .941 save percentage and 91 total wins. She played in four consecutive national title games and led the Badgers to three NCAA national championships (2006-07, 2009). Duggan also played four years at Wisconsin and finished her career with 238 points (108-130) in 159 games and three NCAA titles.

A number of the Big Ten names on the U.S. and Canada rosters (as well as a few other teams) are on social media, and you can track their updates below.

Here are the Big Ten names that competed in the Olympic women's hockey tournament.