Big Ten Geeks: Checking in on the Freshmen 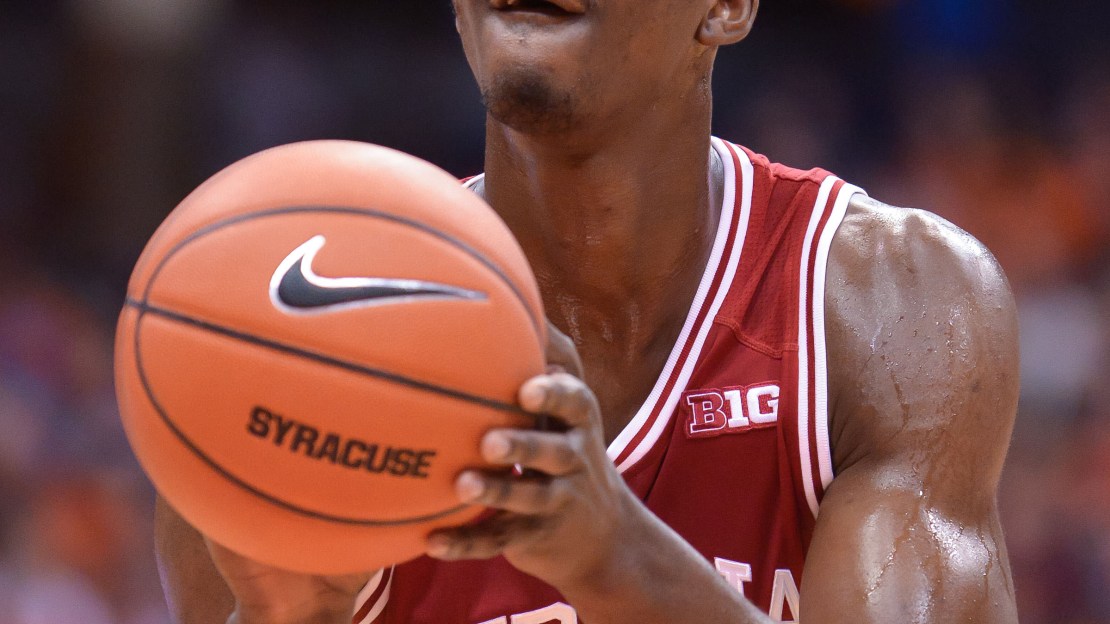 We're in the home stretch of conference play, so it feels an appropriate time to check in on the play of the Big Ten's freshmen. Who has the inside track on freshman of the year? What youngsters are doing more than you realized? Let's find out.

The following table lists the conference-only numbers for every Big Ten freshman that is playing regular minutes (Minute Percentage > 30), is consuming at least a few possessions (Possession Percentage >14), and is at least somewhat efficient (Offensive Rating >96).

These are the youngsters that are truly contributing as first-year players, and they are sorted in order of usage rate (numbers courtesy of Statsheet.com).

Right now, the freshman of the year debate has to come down to Nigel Hayes, Noah Vonleh, and Derrick Walton. Let's break down each player individually.

Hayes is an interesting player, in that his offensive value comes from a boatload of free-throw attempts and an uncanny ability to make midrange jumpers. For the season, Hayes is splitting his field goal attempts 50/50 between shots at the rim and two-point jumpers. Normally, we'd scold that shot selection for including too many midrange attempts, but Hayes is shooting 49 percent on those two-point jumpers. Despite shooting just 59 percent on free throws, it really does appear that Hayes is a gifted shooter from 12 feet and in. If he can extend that range to 15 feet so he can start making more free throws, he'll be an absolute monster of efficiency.

Vonleh can't match Hayes in terms of offensive usage, but the true value of Indiana's big man isn't captured by the above table. Vonleh could very well be the most effective defender in the conference. He leads the Big Ten in defensive rebounding percentage by a wide margin, ranks in the top 10 in block percentage, and doesn't foul much in the process (3.2 fouls per 40 minutes). Vonleh has some things to improve upon offensively (especially turnovers), but his defense is already elite. Vonleh is the number one reason that Indiana has a stout defense despite playing the conference's highest percentage of freshman minutes.

Walton has really kicked up his efficiency in conference play, and he had his best performance in Michigan's most important victory (19 points on seven shots with just one turnover at Michigan State). Walton doesn't have the lofty assist rate you'd expect from a true point guard, as he shares play-making responsibilities with Nik Stauskas, but Walton dishes some dimes and has taken relatively good care of the ball for a freshman. His true value lies in his shot-making ability, which has been outstanding in conference play (45 percent on twos, 47 percent on threes, 80 percent on free throws).

If forced to make a pick right now, I'd take Vonleh by a sliver over Hayes, with Walton in third. The Vonleh/Hayes argument could really go either way, with Hayes having much more impressive offensive numbers, but I'd give Vonleh the nod due to superior defense and a decided edge in minutes. Hayes has the luxury of coming off the bench for a very good team, which is a considerably easier situation than the one Vonleh finds himself in.

To round out the all-freshman team (again, if forced to pick today), the conversation would come down to a collection of wings and stretch fours. Kendall Stephens, Zak Irvin, and Kenny Kaminski bring value by being tall sharpshooters. Irvin is clearly the best of that bunch, as his efficiency is sky-high while having a much higher usage rate than Kaminski.

The final spot would be between the two Illinois freshmen, and I'd give the nod to Kendrick Nunn for his all-around offensive game and excellent turnover avoidance in an increasingly larger role. I do think Malcolm Hill is going to be a fantastic scorer someday, and these two players will figure heavily in how much better Illinois can be next season.

So, as of today, this would be my all-freshman team:

All that said, we've still got two-and-a-half weeks of conference play remaining, so this is very much in flux. The one thing we can say is that the Big Ten has a very nice crop of first-year contributors, and nobody is going to make this all-freshman team by default. The future of the conference is in good hands.

Tonight, a couple of the aforementioned top freshmen will be in action, as the BTN doubleheader includes Northwestern at Ohio State and Illinois at Minnesota. The former game figures to be a bit of a slog, to say the least, but the nightcap should bring more scoring in a game the Gophers really need to win to keep their tournament hopes alive.