Big Ten Geeks: I can see for Miles 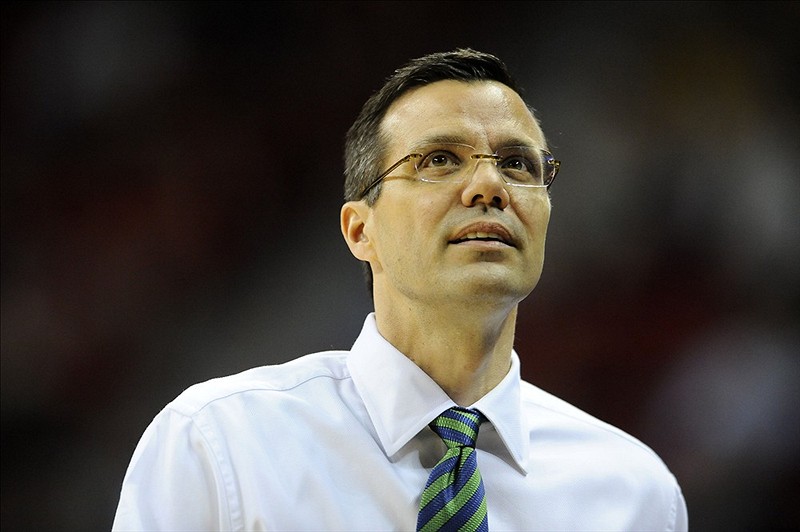 Indiana's season reached a new low in Saturday's drubbing at Purdue. The Boilermakers busted the game open after intermission, and the one thing that had been a relative constant for the Hoosiers–a solid defense–went by the wayside. To be fair, some of this was just Purdue having a fantastic afternoon from the perimeter (10-for-18 on threes), but Indiana didn't offer much resistance either.

Even more impressive for the Boilermakers was that this outburst came largely without contributions from A.J. Hammons, who scored just five points and was mostly invisible on the floor (at least as invisible as a man that large can be). Instead, it was a three-pronged perimeter attack, with Sterling Carter's career game (19 points on eight shots) flanked by a combined 30 points from the Johnson brothers. Purdue has had the talent to do things like this all along, but it's too little, too late as far as at-large candidacy is concerned. The Boilermakers certainly have the potential to do some damage at the Big Ten tournament, close to home in Indianapolis.

As has too often been the case for Indiana, some excellent play from Yogi Ferrell went for naught. The sophomore guard posted 27 points and just two turnovers, making the team's paltry 0.90 points per possession all the more perplexing. The Hoosiers' main offensive issue was that they shot 31 percent on twos, with Will Sheehey and Stanford Robinson combining to go 1-for-13. This is just a bad offense, despite the presence of an all-conference point guard and a future pro at center.

Speaking of bad offense, you saw plenty of it if you had the misfortune of watching Ohio State's win at Illinois. This was the type of game that gives the Big Ten a bad rap, as these two teams traded bricks at a slow 59 possession pace. The Illini shot an excruciating 27 percent on twos in posting the worst output of the John Groce era. The Buckeyes weren't much better–their 0.81 points per trip just barely surpassed their worst output of the season–but, hey, they won.

Iowa used a big second half to pull away from Penn State. The Hawkeyes' offense has offensive rebounded and free throwed its way through the Big Ten like a hot knife through butter, and the Nittany Lions did little to change that. With the surprising results that followed on Sunday for the Michigan teams, Iowa still has a chance at a share of the Big Ten title, and Roy Devyn Marble is probably deserving of more hype than he's getting. We Geeks are as guilty as anyone, but the senior is having an outstanding season as the go-to guy for an elite offense.

Wisconsin came away with a surprising 13-point win at Michigan, and the key number was two. That's how many turnovers the Badgers committed in the entire 60-possession game. Sure, Wisconsin is very good with the basketball, but a turnover rate of 3.3 percent is just ridiculous. Amazingly, it's not the Badgers' lowest turnover rate of the tempo-free era–that distinction belongs to a one-turnover performance against Michigan State in 2007-08–but I'm sure Bo Ryan will take it.

Fortunately for the Wolverines, their cross-state rivals fumbled the opportunity to take control of the Big Ten title race, as Michigan State lost at home to Nebraska. The Huskers have been playing well of late, but this was still a massive upset–KenPom had the Spartans as an 89% favorite coming in. Nebraska pulled it off with some stout defense and a bit of luck, as Michigan State shot just 21 percent on threes.

Still, it's a remarkable victory for Tim Miles and his program, and we probably have to start looking at Nebraska as a potential bubble team now. That nonconference resume is still bland and unappealing, with no top 50 wins and a bad loss to UAB, but reaching 10 or 11 wins in this conference demands attention. That's where these Huskers appear to be headed, as their remaining schedule is entirely manageable. With the way Nebraska has been playing, it's not even unthinkable that the Huskers win out to finish 12-6. Miles is now getting a lot of chatter for Big Ten coach of the year, and it would be hard to argue with that choice.

Minnesota avoided what could have been a damaging loss with a six-point triumph over Northwestern. Nothing came easy for the Gophers, as they turned it over on 29 percent of their possessions, but the Wildcats' complete inability to score inside derailed the upset bid. With home games remaining against Illinois and Penn State, Minnesota is a fairly safe bet to reach eight conference wins, so a tournament bid is still achievable in Richard Pitino's first season.

After all that, the conference title race is largely unchanged. Michigan is still in the driver's seat, but the pack has narrow the gap a bit.

This week brings some interesting matchups, but it all feels like a prelude to Michigan vs Michigan State on Sunday. We're officially in the home stretch of conference play, and there's a title to be won.