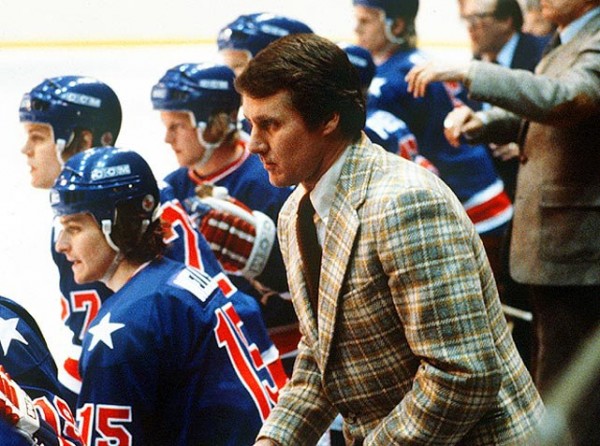 Herb Brooks hasn?t been with us for ten years.

But in truth, he?s more with us today than ever before.

Brooks played hockey at the University of Minnesota, and later led them to three national championships as their head coach. After his third championship in 1979, Brooks was called upon to coach a group of college players in the 1980 Winter Olympics, where the US authored the ?Miracle On Ice.?

Unfortunately, Brooks lost his life in a car accident in August 2003 at age 66. Through it all, Brooks was constantly looking to enhance skill development, while simultaneously trying to get more kids involved in the sport.

He succeeded on both counts, and, in spite of his death, his family decided to never let that flame flicker away.

Shortly after his death, Herb?s son Dan, daughter Kelly, and cousin Bill Weller created the Herb Brooks Foundation. Today, the foundation is impacting a number of significant projects in the state of Minnesota and beyond.

?We?re not out there finding a cure for cancer, but we are trying to get more kids exposed to the game,? says Dan Brooks. ?We want to help kids play hockey that might not have been able to otherwise, and bring them fantastic life experiences along the way.?

They are doing just that.

?We run several clinics every year, and we have one coming up with about 175 kids and not one of them will be charged to participate,? said foundation executive director John McClellan. ?We are all about the expansion of the game and its improvement at all levels.?

While the foundation has a modest budget, it receives countless donations from many sources. ?The NHL Players Association has been great for us,? added McClellan. ?They?ve recently donated 90 pairs of skates, 50 helmets and 50 sticks, and for some of our clinics, Morrie?s [a Twin Cities automotive group] has provided us vans and drivers to get our kids to and from. It?s the help of these supporters and volunteers that makes everything happen.?

The foundation has helped embed the legacy of Brooks, who through his entire life wanted nothing more than to see more kids play hockey and enjoy it.

?Herb?s passion was not only for the game, but building it,? said St. Cloud State head coach Rob Motzko, who was Brooks? assistant coach in 1986-87, the year  the program moved from D-II to D-I. ?Herb could have done whatever he wanted, so why come here? Because he felt Minnesota needed another D-I program. Had he lived, he would have spent the rest of his life giving back, and that for me is the true meaning of the foundation.?

Last year, the foundation embarked on one of its most ambitious projects: the Rink Rat Program, dedicated to providing hockey opportunities to inner city youth. There?s also the Herbie?s Heroes Program, offering free hockey camps to children of military families.

The foundation also operates the National Sports Center in Blaine, Minn., an eight sheet facility which includes an amazing training center. Additionally, the foundation runs several camps throughout the state, thanks to the help of volunteer coaches like Minnesota-Duluth head coach Scott Sandelin.

?My father did so much while he was with us,? noted the equally passionate Dan Brooks. ?[Herb] pushed the state to provide more funding for hockey and part of that led to the building of the National Sports Center.?

Perhaps no other honor best exemplifies what Herb Brooks stood for than the Herb Brooks Award, which is given annually to high school kids that display the ?best values, characteristics and traits? that defined Herb Brooks.

?This may mean more to me than anything,? says Dan. ?The Award truly embodies what my father was all about.?