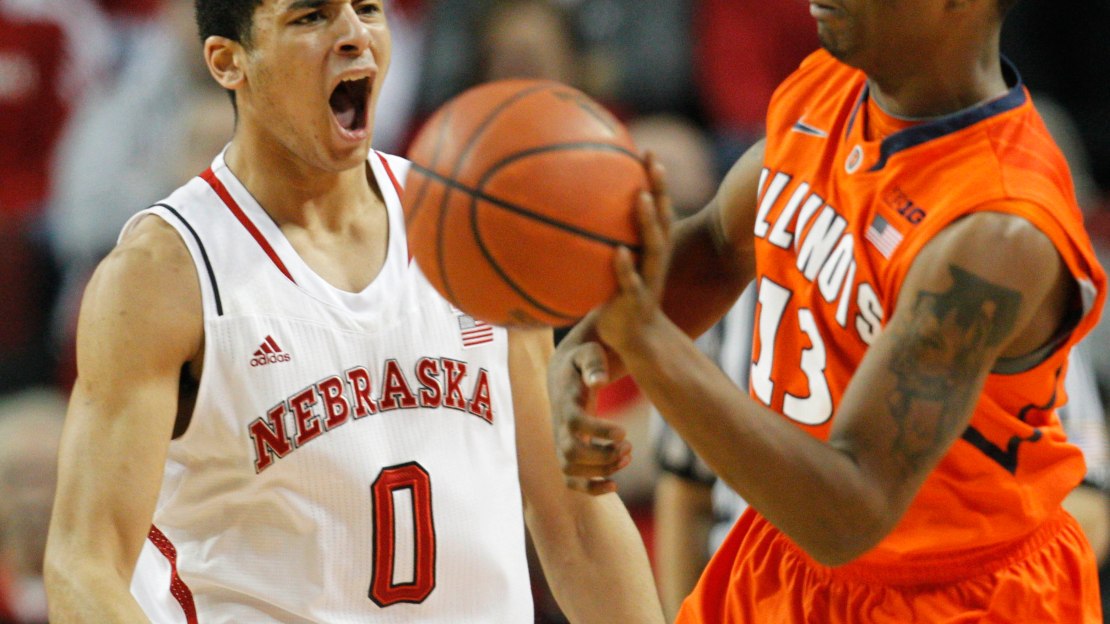 There were two outstanding Big Ten hoops games tonight on BTN. Penn State kicked off the action with a memorable come-from-behind victory over Indiana. Nebraska followed with an impressive home win over Illinois.

Catch up on all the scores, stats and in-game video highlights in this post.

NEBRASKA 67, ILLINOIS 58 | RECAP | BOX | PLAY-BY-PLAY
(AP) Shavon Shields scored a career-high 33 points, making all 15 of his free throws for Nebraska's best performance at the line in 32 years, and the Cornhuskers defeated Illinois 67-58 on Wednesday night. The Huskers (13-10, 5-6 Big Ten) pulled away with the help of a defense that held Illinois to two field goals over the last 6:57.

Wow! If style points were awarded @IlliniHoops Rayvonte Rice would have just had a 10-point play. Watch this – http://t.co/Ex0aGGAq1y

Who likes buzzer beaters? Ray Gallegos hits a shot at the halftime buzzer to give @HuskerHoops the lead. WATCH – http://t.co/mbusRQICVh

Rayvonte Rice takes off from just inside the free throw line for a huge one-handed flush. @IlliniHoops Watch this – http://t.co/xGDlbNqr5P

It's a dunk-fest tonight in Bloomington and this Troy Williams alley-oop slam may be the best one yet. Watch this – http://t.co/RJaOH9grg2

Troy Williams does his best Victor Oladipo impression as he skies for a huge alley-oop slam. This is impressive. – http://t.co/QuF60GYgLa

Wow! @IndianaMBB's Will Sheehey absolutely posterizes Jordan Dickerson. You're not going to want to miss this. – http://t.co/t6HtnvgCwf

This is why @IndianaMBB's Troy Williams has earned the reputation as one of the top dunkers in the Big Ten. WATCH – http://t.co/xc7cZ95c70

How about this for @PennStateMBB's first points of the game? D.J. Newbill goes backdoor for a big one-handed slam – http://t.co/c85PHxUuwL