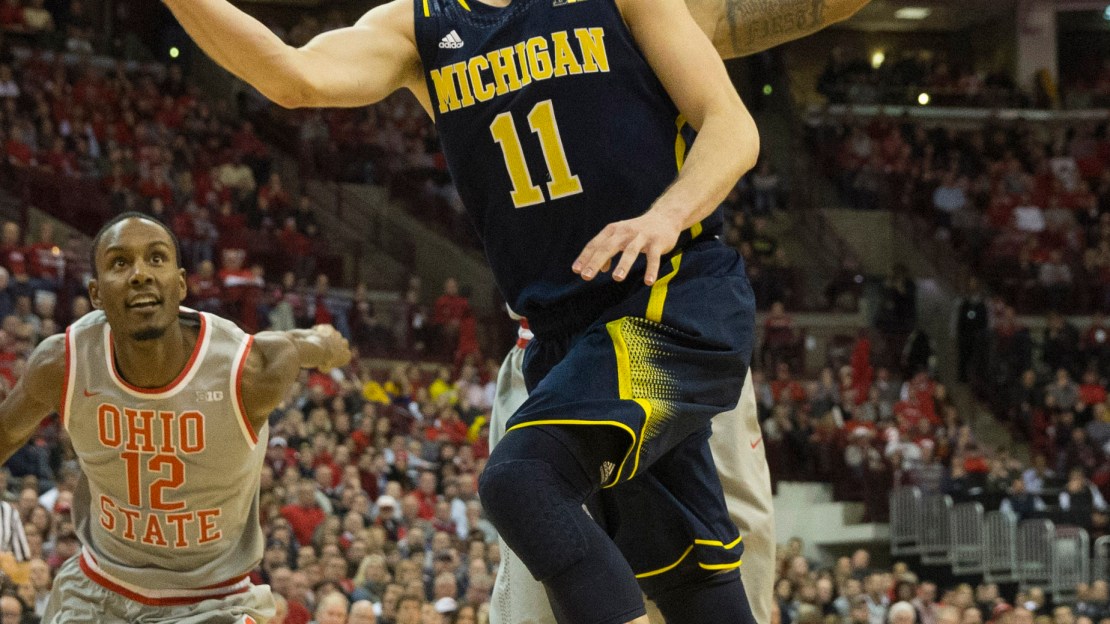 Michigan came up with big road win over Ohio State thanks to a second-half surge. The Buckeyes seemed to be in control of this game, as they led for nearly all of the game's first 29 minutes, but the Wolverines then ripped off a 12-0 run fueled by Aaron Craft turnovers and Michigan layups to take a lead they would not relinquish.

Ohio State's tough interior defense set the tone in the first half, but the explosive nature of the Wolverines' offense was on full display late in the game.

The Buckeyes just couldn't do much of anything right on the defensive end down the stretch, as Michigan made shots from all over the floor and retrieved its own misses when it did misfire. It was a complete collapse from Ohio State's defense, and it let a potential resume win slip away. The Buckeyes are still solidly in the NCAA tournament field, but they'd do well to avoid a damaging loss at Illinois this weekend.

For Michigan, this was an excellent palate cleanser after getting spanked at Iowa, and it also puts the Wolverines in great position to take home the Big Ten title.

The conference race is clearly down to the two Michigan teams, and the Wolverines hold the trump card of hosting the remaining matchup between the two.

The rest of the conference isn't looking so hot. It's entirely possible that the Big Ten gets only five teams into the NCAA tournament, which would be the fewest in four seasons. Minnesota does have a chance to get in with an 8-10 record (and a decent showing at the Big Ten tournament), but that's about it for additional at-large contenders. The NIT could be the Big Ten Invitational this season.

Tonight, it's a doubleheader on BTN, starting with the 7pm ET tip of Penn State at Indiana. The Hoosiers are coming off a disappointing loss to Minnesota, but the schedule sets up to get on a bit of a roll heading into March.

In the nightcap, Illinois visits Nebraska in an important game for the Huskers' NIT hopes. Nebraska has been a tough out at Pinnacle Bank Arena, losing only to Michigan by a single point, so the Illini will have their work cut out for them.