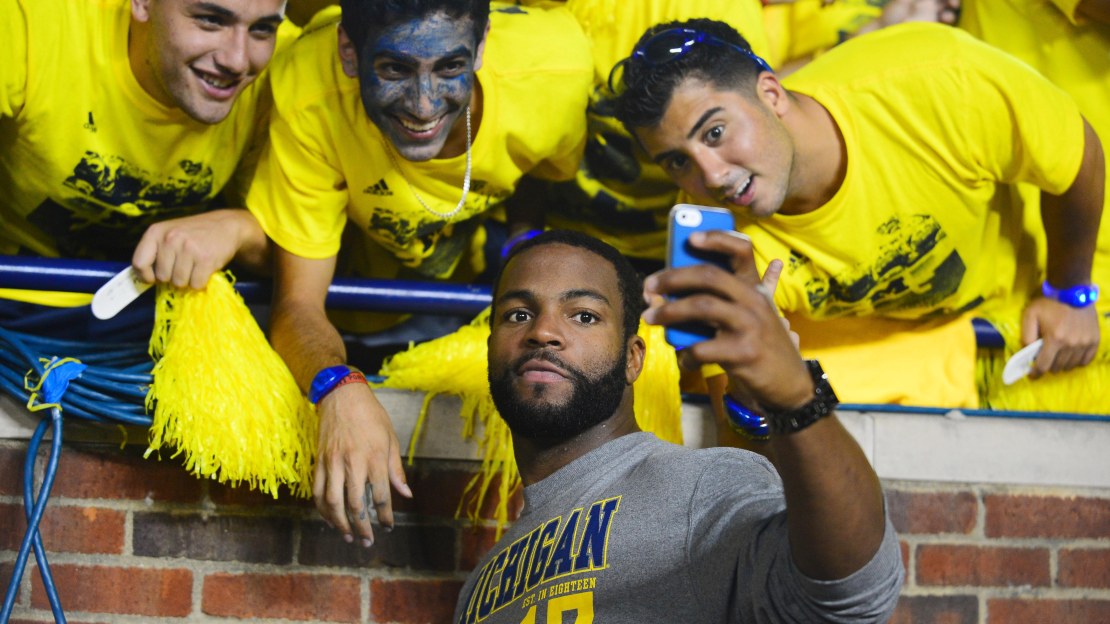 It's time to reach into my Mailbag. Some interesting comments on some of my recent stories. But nothing I wrote in the past week generated as much interest/mail as my story that ranked Big Ten schools on their recruiting appeal.

Where would Rutgers and Maryland fit into your rankings? – Mike Goffinet

Each school will be aboard for their first season this fall, making the Big Ten a 14-team conference. I would put Maryland at No. 8 and Rutgers at No. 10.

I have been to College Park, Md., a few times over the years, covering a football game and going there to write a story on another occasion. The Maryland job has appeal largely because of the recruiting base it sits in, hugging the fertile Washington/Baltimore corridor. The facilities also have been augmented over the past decade for a school that has a good academic reputation. History? Tradition? Not great. And Randy Edsall still is looking gain the same kind of traction he enjoyed at UConn.

I have been to Rutgers once, but not for a game. The school has nice academic credentials. And there is plenty of talent to mine in New Jersey and eastern Pennsylvania. The facilities are solid but pale compared to many across the Big Ten. And save for some success under Greg Schiano, recent accolades have been scarce for a program that scores low on tradition and lush history.

I just want to say thank you for hitting the nail on the head about Purdue. Being from Lafayette, I grew up a Purdue fan always hoping it would get better. Well, it never has. – Mike Shumate

For Purdue fans, it can be maddening. The stints of football success are too few and far between protracted periods of losing. It seems no matter who is the athletic director or coach, the results are largely the same except for a few brief periods of time. Winning consistently and on a high level just aren?t priorities-or seemingly within budgetary constraints.

I agree with the top two in Ohio State and Penn State. Tough to argue with those. Great traditions, great stadiums/atmospheres, fantastic facilities, big fan bases, and most importantly the best recruiting grounds. Ohio, New Jersey, and Maryland/D.C. are better talent producing areas than any other B10 school. After that, I have a few changes. I'd go:

3. Michigan
T-4. Nebraska (I have legitimate concerns they will ever return to what they should be)
T-4. MSU (Gets Ohio/Michigan scraps, but those scraps are really good when you have a guy like Dantonio coaching. But what happens when he leaves? Another quarter century drought?)
6. Wisconsin (Great campus, lots of things to sell, just not a fertile recruiting base) – Charlie

Good points. I especially like your observations about Michigan State. History has shown that you can win at a high level in East Lansing with the right coach. Duffy Daugherty, George Perles, Nick Saban ? but if you get the wrong guy? No doubt, Dantonio is the right guy who has this thing rolling for the Spartans. But I still think the ceiling on MSU is lower than it is at some other Big Ten schools.

Don't you think academics hamper Purdue and Northwestern in recruiting? Those are the only two schools in the B1G that doesn't offer General Studies. – Gary Mitchell

I just don?t buy the academic argument for any school. Schools with similar academic profiles excel. That?s all I?m gonna say about that.

Michigan is way overrated.  Those who claim that is "the best game day" have likely never been to another stadium.  Also, Wisconsin is underrated. – Bill

I had Michigan No. 4 in my rankings. Is that overrated? The Wolverines are behind Ohio State, Penn State and Nebraska. Wisconsin underrated at No. 5? Perhaps. But do Badger coaches really have a ?total package? to sell that?s better than OSU, PSU, Nebraska and Michigan? I don?t think so.

Surprised you ranked Northwestern three behind Illinois. Evanston alone gets an edge over Champaign. There also is closeness to Chicago, academic profile, football success, coaching staff, the list goes on and on… – Noah

For the record, I had NU No. 11 and Illinois No. 8. I still think the overall package at Illinois is better. No doubt, the current situation favors the Wildcats, who have a great staff and are postseason regulars. But Illinois still has a lot to sell/offer recruits, including good academics, better facilities than NU, more recent big-time success (BCS bowls in 2001 and 2007 seasons), among other things. When each program really has it going, Illinois gets the edge in my mind.

Do think Ohio State will be the dominant team in Big Ten for next several years now that Urban Meyers is getting the type of kids he had at Florida? – Lenard Jackson

Well, it sure looks that way. Meyer has signed the Big Ten?s top recruiting class each of the last three Februarys. And he has gone 24-2 his first two seasons in Columbus. Bottom line: The Buckeyes appear to have oodles of mojo heading forward. If this program doesn?t make the coming playoffs in the next few years, it will be a disappointment. In fact, OSU should contend for a playoff spot each season and win a title in the near future. How is that for pressure/expectations?

Is Wisconsin's talent at receiver as awful as it appears to be? Also, how did Wisconsin do in meeting its recruiting goals? It appears that the recruits address the problem areas. – Bob Mussallem

The Badgers need help at receiver, especially with Jared Abbrederis gone. He led Wisconsin with 78 catches last season. The next highest wideout was Jeff Duckworth with 12 catches. The 2014 depth chart looks like this: Jordan Fredrick, Robert Wheelwright and Reggie Love at one spot. Kenzel Doe, Alex Erickson and Jazz Peavy at the other spot. The Badgers signed four wideouts last week for a reason. Krenwick Sanders and Chris Jones are the most touted. The entire class looks very good. In fact, some think Gary Andersen?s haul may be the best in school annals.