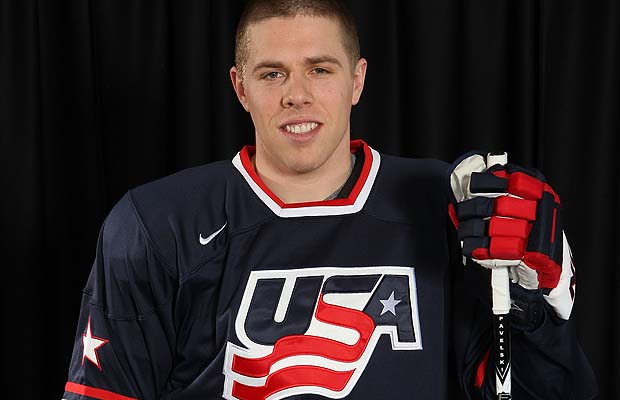 In Sochi, University of Wisconsin alum and San Jose Sharks center Joe Pavelski probably won?t garner the same level of attention that USA teammates Patrick Kane and Ryan Miller might. But in his hometown of Plover, Wisc., Pavelski is a bona fide superstar. The small Wisconsin town has declared today - Friday, Feb. 7 - to be ?Joe Pavelski Day,? with special events being held at local schools and a sign proclaiming the town Pavelski?s birthplace will be erected.

Pavelski is a prominent figure in the communities he has lived and worked in. After spending his college years at Wisconsin (and winning a national championship with the 2006 squad), he established a scholarship for school leaders, recognizing athletes who, like him, aspire to take charge in the world around them.

Not so many years ago, Pavelski was a star of the Steven Point Youth Hockey Association, so puck programs have a special place in his heart. At last year?s golf tournament, Pavelski was determined to raise money for the formation of a junior varsity hockey program for the SPLASH Panthers. Pledges started with Pavelski himself, who put up $1,000.

Pavelski often credits Wisconsin – the university and the state – for molding him into the man he is now, Pavelski is doing his fair share to mold others, not just with donations but by showing the importance returning the favor.

While it?s nice to play alongside stars such as Joe Thornton in San Jose and Zach Parise on Team USA, the next generation has Pavelski?s attention, and he?s committed to giving them every opportunity to pursue their goals at the highest level, just as he did.

Pavelski is one of 14 Big Ten men?s hockey alumni representing four different countries - Canada, Austria, Sweden and the USA - in Sochi over the next two weeks.

Also, be sure to read our feature on the great community involvement of Minnesota?s Amanda Kessel, one of 15 Big Ten women?s hockey alumni representing the USA, Canada and Finland in Sochi.