Terran Petteway Q&A: 'I let my game speak for itself' 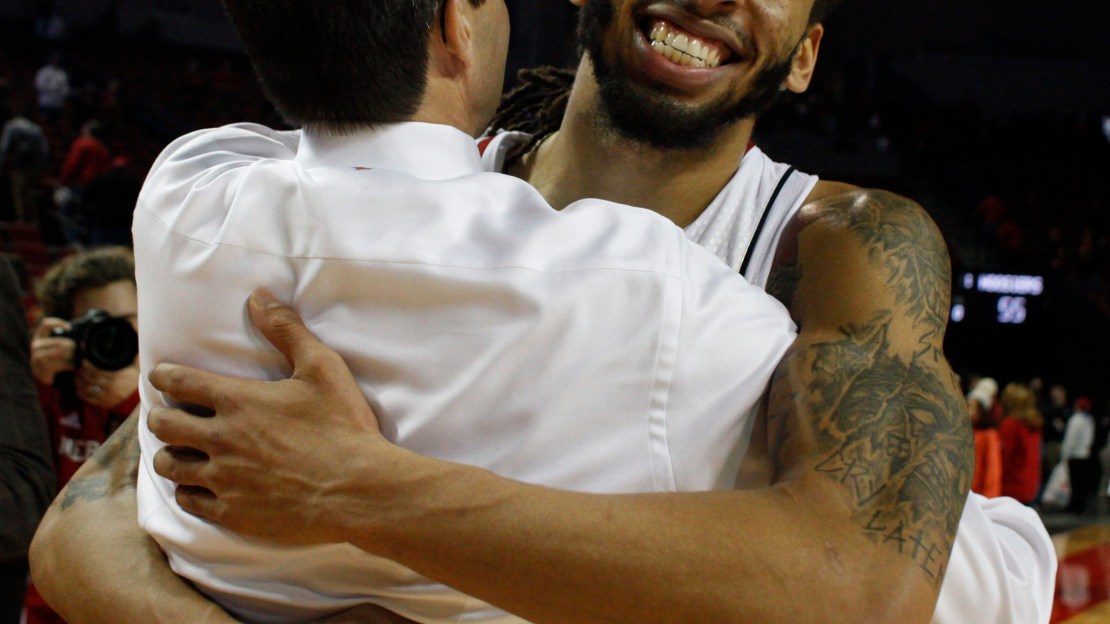 The Big Ten is littered with impactful newcomers. And none has been better than Nebraska?s Terran Petteway. The 6-6 sophomore guard/forward entered the week as the conference?s top scorer in league play, averaging 19.5 points. Petteway, who averages 18.2 points on the season,  poured in 35 points vs. Minnesota on Jan. 26, which is the single-season high for any player in Big Ten action this season.

No doubt, Petteway is a major reason why the Cornhuskers are surging with three victories in four games as they head to No. 10 Michigan for a big game on Wednesday night to play the Big Ten?s first-place squad.

When Tim Miles coached Colorado State, he wooed Petteway. But the Galveston, Texas, native opted to sign with Pat Knight at Texas Tech. But Knight got fired in 2010 before Petteway played a game in Lubbock. Knight was replaced by Billy Gillispie. Petteway?s role in Gillispie?s post-oriented offense failed to maximize his skills.

To wit: Petteway basically was asked to run to a corner to create space for the big men. He averaged 3.3 points during one miserable season under Gillispie before bolting to Nebraska. The rest, as they say, is history-which much more to be written.

I caught up with Petteway as he prepped for the Wolverines.

[ MORE: Watch Nebraska at Michigan at 6:30 ET Wednesday on BTN/BTN2Go ]

Q: What has been the key to this recent run that has seen Nebraska win three of four games?
A: We have been playing team basketball. We have been staying together during ups and downs during games. When we make a run, or the other team makes a run, we don?t get too low or too high. We just stay on an even keel.

Q: Did you think you?d have this type of success this quickly after transferring?
A: Anything is possible with the coaches that we have and my teammates. We put in the work all summer. So, anything is possible.

Q: How difficult was it to sit out last season as a transfer?
A: It was very hard to sit out and watch your teammates play. You are on the sideline for home games. You can?t even suit up. It was tough, but I just stayed with it and stayed tough.

Q: What were some of the things you worked on?
A: The biggest thing was working in the weight room. I put on 20 pounds when I sat out. And that has really helped me this year.

Q: What is it about Coach Miles that you like?
A: He brings energy with everything he does. He?s a really good coach, he?s really sincere, he cares about his players. He?s not just in it for himself. He really cares about us and has a good relationship with us. You can go talk to him about anything. That?s what I really like about him.

Q: Was it a simple decision for you to transfer to Nebraska from Texas Tech?
A: There was no recruiting involved. I sent out my transcripts. My dad called and they said they still wanted me. So, I signed the papers. I didn?t go see anyone else. It was pretty much a done deal.

Q: How does a guy who has been on campus for less than two seasons become a co-captain like yourself?
A: Leading by example. Not being about talk, being about action. I let my game speak for itself and bust my butt each day.

Q: Big game with Michigan. What do you think of the Wolverines?
A: They are a great team, one of the hottest teams in the nation. They have beaten a lot of great teams. They just lost at Indiana, but this is still a very good team that?s capable of beating anyone. We have to be ready.

Q: Compare the Big Ten to the Big 12.
A: Every night, there isn?t a game you can take off. There are no easy teams in the Big Ten. Everyone is tough, no matter where you go.

Q: Has there been a big or most memorable moment so far for you?
A: Probably my game vs. Minnesota, when I scored my career-high. I was in a zone that night and feeling pretty good.

Watch all of Petteway's highlights vs. Minnesota

Q: Who is the most underrated player on the team?
A: I?d say Leslee Smith. He?s down there banging every night. His stats may not show it. But he gets steals, block, rebounds each night to close out possessions. It just goes unnoticed.

Q: What do you think when people call you the Big Ten?s top newcomer?
A: I am just living in the moment with my teammates right now. All the awards will come. I?m just worried winning games and getting us back to the tournament where we haven?t been since 1998. And never won a game. We are trying to break all of those curses, you can call them.