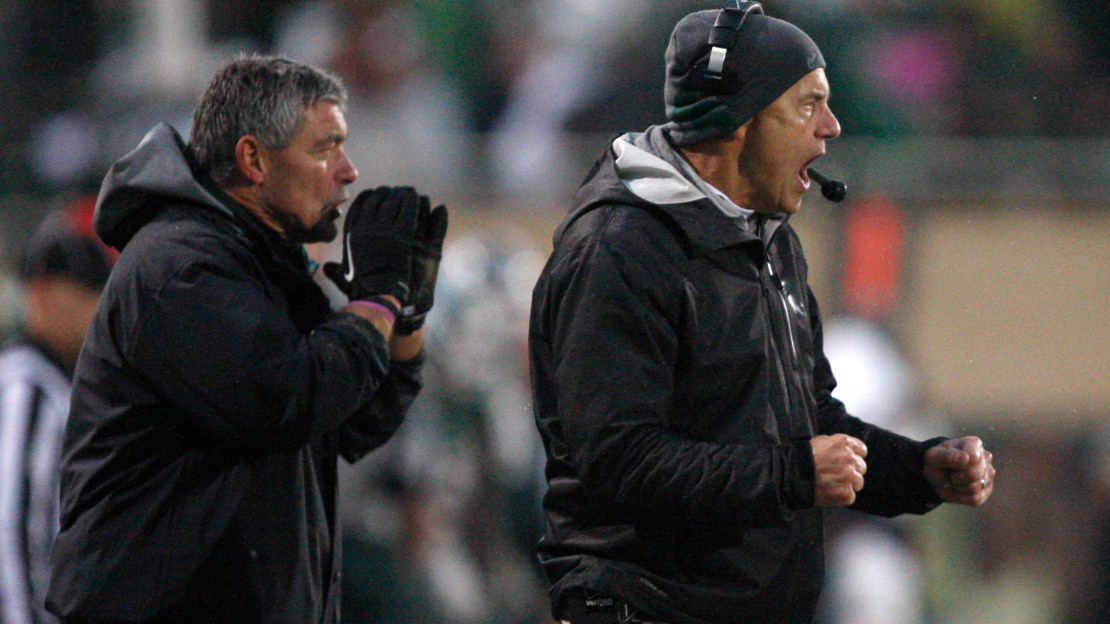 Oh, yes: It?s National Signing Day! It?s a de facto national holiday for many in America. You know who you are. But, hey, who am I to judge? I still eat Fruity Peebles. This day is all about that guy in your office who hits the ?refresh? button every nanosecond on his computer to get the latest round of official commitments. Please, don?t rat him out to the boss. Here is a handy-dandy place to keep up with the Big Ten signings.

And here's another good place to keep checking today:

Enjoy the day! And remember: Everyone is a winner on National Signing Day!! Yes, even you, Purdue, Indiana and Illinois.

Ohio State expects to be the Big Ten?s big winner once the dust has settled on Signing Day 2014.

So, that would be three signing classes at Ohio State and three Big Ten recruiting titles for Urban Meyer. Not bad. Catch the Buckeyes if you can, Big Ten. And, good luck with that.

The big news for Michigan: Jabrill Peppers has submitted his signed letter-of-intent. No other Big Ten school will sign a more touted player. Not even Ohio State.

Here?s a nice look at Penn State?s recruiting class ? by the numbers. Just three signees are from Pennsylvania. Count on that number to increase appreciably in coming years. But these are the important numbers for PSU fans, courtesy of Bob Flounders of Pennlive.com:

20: Total number of scholarship players that Penn State was originally permitted to bring in this year as a result of sanctions relating to the Jerry Sandusky scandal.

As you can see, Penn State?s depth problems soon may be ending.

Yes, basketball still is going on amid the fax machine frenzy of today. And, let me be the first to say that it?s a great day to be a Buckeye! First, a boffo recruiting class is coming aboard. Next, the hoop team has come back from the dead. Welcome back, Ohio State! It just seems like a week ago-well, actually, it was a week ago-when the Buckeyes were circling the drain.

OSU had lost four in a row and five of six games. And looming road games at Wisconsin and at Iowa didn?t appear to offer relief. But the Buckeyes notched wins in Madison on Saturday and last night in Iowa City. An incredible rebound.

Wherefore art thou, Iowa? The Hawkeyes quickly are morphing from darling to disappointment. That?s two losses in three games for the Hawkeyes-both at home-following last night?s defeat to Ohio State.

Iowa is still in third place with a 6-4 record, but it?s miles from Michigan and Michigan State, which are both 8-1. More bad news: The bleeding may not stop anytime soon for Iowa with games vs. Michigan, at Penn State, at Indiana, vs. Wisconsin and at Minnesota.

A trip to Illinois was just what the doctor ordered for Wisconsin, which arrived in Champaign having lost five of six games. The Badgers got a much-needed win.

Who cares if it came vs. an Illini team that has lost eight in a row? Will the good times keep rolling for Wisconsin? Up next: Michigan State; Minnesota; at Michigan; at Iowa; Indiana; at Penn State. Whew!

Someone put John Groce?s picture on a milk carton. Illinois is a lost soul. The Fighting Illini have dropped eight in a row. Was this team really ranked at one time? I just took a look at Illinois? schedule. And, honestly, I?m not sure if I see one more win. I?m serious. Have a gander.

How about Penn State! The Nittany Lions have won three games in a row, boasting the longest winning streak in the Big Ten. Things could be even sweeter for PSU had it not blown potential victories vs. Indiana, Minnesota and at Purdue. Win those, and the Nittany Lions would now sit in fourth place in the Big Ten at 5-4. But at least there?s something to talk about. Plus, there are several winnable games coming up. Could Penn State win at Michigan State on Thursday? Hey, why not dream?

My take: Seriously, is the fax machine used any other day of the year?

Gotta take care of business at home if you want to win a conference title. That's back to back disappointing home losses for Iowa.

Rece Davis on Urban Meyer and OSU is running away from B1G in recruiting: "You know James Franklin will compete; he's a recruiting machine."

That many recruits are flipped near #NSD after committing long ago makes a sham of the process. ALL coaches should be shamed for doing it.

My take: I see no issue with continuing to recruit players who are committed. If a coach doesn?t, he?s doing his school a disservice.