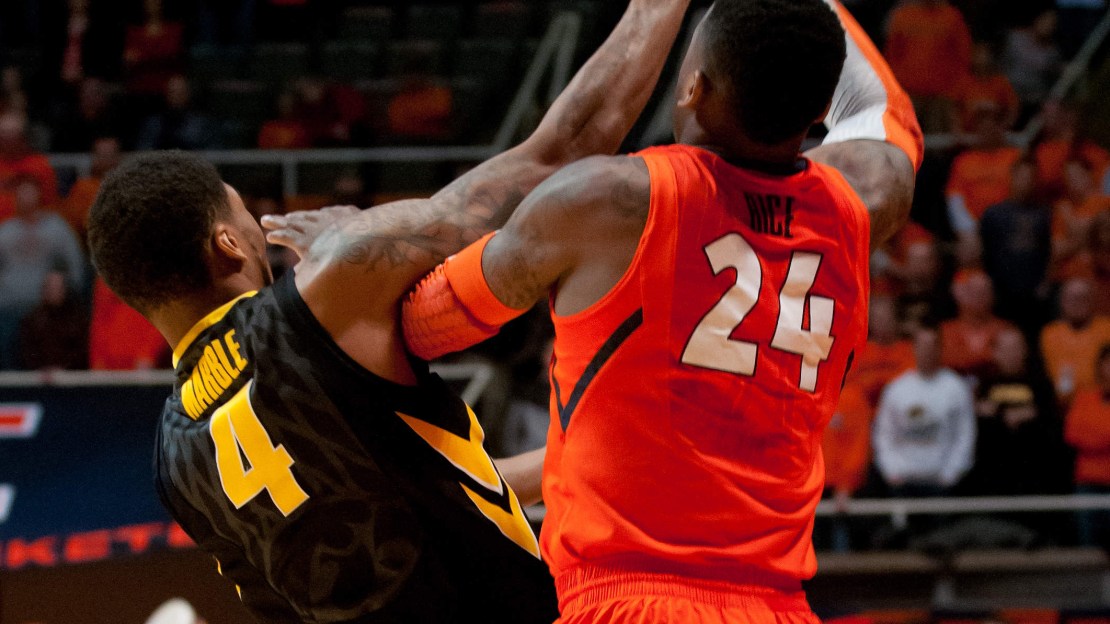 There were four outstanding Big Ten men's basketball games on Saturday. Ohio State and Northwestern kicked off the action with one point wins over Wisconsin and Minnesota, respectively. No. 6 Michigan State fell to Georgetown, 64-60, while Iowa capped off the evening with a thrilling 81-74 victory over Illinois. Catch up on all the action in this post.

IOWA 81, ILLINOIS 74 | RECAP | BOX | PLAY-BY-PLAY
(AP) Gabriel Olaseni had 15 points and 12 rebounds and No. 15 Iowa overcame Illinois' furious comeback to pull out an 81-74 victory Saturday night. The Hawkeyes (17-5, 6-3 Big Ten) led by 21 points just over 12 minutes into the game and were battering the Illini with their bench and Big Ten-best rebounding.

How does a picture-perfect alley-oop look? Just like this! Marble to White for the nice alley-oop slam. WATCH – http://t.co/ucCVqYS0Wk

OHIO STATE 59, WISCONSIN 58 | RECAP | BOX | PLAY-BY-PLAY
(AP) Aaron Craft scored all seven of his points in the final 4 minutes, LaQuinton Ross added 13 for the game, and No. 24 Ohio State got a confidence-boosting win on the road Saturday by beating No. 14 Wisconsin 59-58. Amadeo Della Valle added 11 points for the Buckeyes (17-5, 4-5 Big Ten) in a bruising back-and-forth affair with the Badgers (17-5, 4-5). Sam Dekker missed a 3 at the buzzer for Wisconsin, which suffered a third straight home loss.

INSTANT HIGHLIGHTS: @OhioStateHoops outlasted @BadgerMBB today, and we have all the top plays. WATCH – http://t.co/vCl4OpHWbG

NORTHWESTERN 55, MINNESOTA 54 | RECAP | BOX | PLAY-BY-PLAY
(AP) Drew Crawford scored 17 points and JerShon Cobb pitched in 15 points to help Northwestern win its third game in a row on the road, 55-54 over Minnesota on Saturday. Tre Demps had 11 points for the Wildcats (12-11, 5-5 Big Ten), who moved into fourth place in the conference with their fifth victory in their last seven games. The Gophers (15-7, 4-5) had the ball at the end, but DeAndre Mathieu's layup was short and Mo Walker's putback was off, too, before the final buzzer went off.

GEORGETOWN 64, MICHIGAN STATE 60 | RECAP | BOX | PLAY-BY-PLAY
(AP) Markel Starks scored 16 points and Georgetown ended a five-game losing streak with a 64-60 victory over short-handed and seventh-ranked Michigan State on Saturday at Madison Square Garden. Jabril Trawick came up with two big plays late for the Hoyas (12-9) in the late-season nonconference game that was part of the New York area's celebration of Sunday's Super Bowl. Michigan State (19-3) played without injured frontcourt players Adreian Payne and Branden Dawson and the Spartans had a tough time shooting.