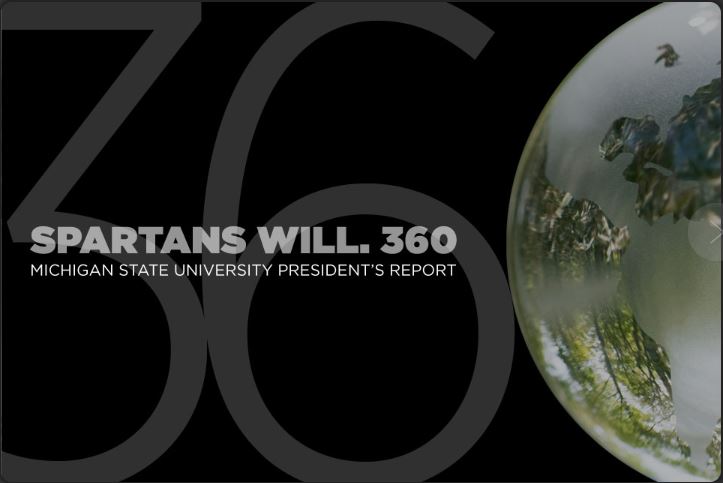 After Michigan State?s men?s hockey team visits Minnesota tonight, be sure to watch the premiere of the Spartans episode of BTN LiveBIG.

What does ?global? really mean?

That?s a question Director of University Photography and Videography at Michigan State, Jim Peck, asked more than a year ago when considering a brave new idea for Michigan State University?s President?s Report.

To answer that question, Peck and his team traveled around the world, over the course of two months, to bring stories of Spartans impacting every corner of the globe to life. Starting at home in Michigan, they filmed 18 powerful stories in other countries like Africa, China and Mexico for a project titled ?Spartan Will 360.?

?This project wasn?t intended to be a passive experience,? said Peck. ?We do a lot of talking about what?s going on at MSU. With ?Spartans Will 360,? we wanted to show - not tell - what being a Spartan is all about.?

Peck, who first hatched the idea for the worldwide creative experience, said they didn?t want this President?s Report to be like any they had ever produced before.

?We wanted people to feel like they went around the world with us,? Peck continued.

Here are two of the stories featured in the ?Spartan Will 360? project.

First, a story about how MSU is impacting downtown Detroit.

Next, this story about turning trash into gold in Costa Rica.

To view the remarkable report and more of these videos, visit www.MSU.edu/360.