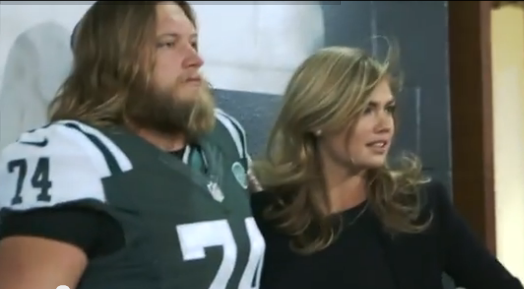 Who says that offensive linemen don't ever get to have any fun? Former Ohio State and current New York Jets standout Nick Mangold got to take part in this video, released by Vogue Magazine, which features American model Kate Upton taking snaps from the All-Pro center.

The video was made to promote the magazine's February spread, which celebrates the first Super Bowl to be played in New York this week.

Check out the video here:

My personal favorite part is when Mangold corrects Upton on her signal call. "There's two black 80's," says Mangold, after Upton only called out the signal once.