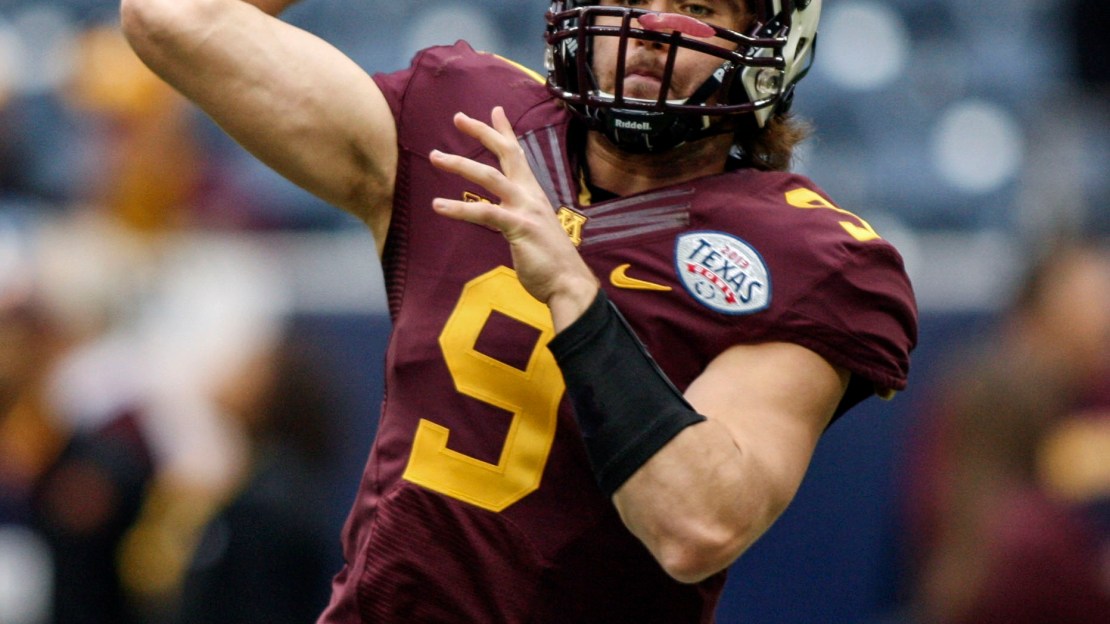 Turns out, Philip Nelson is going to stay in the Big Ten. News has broken that the disgruntled Minnesota quarterback is transferring to Rutgers, which officially will join the Big Ten for the 2014 football season. He?ll sit out next season and have two years of eligibility beginning in 2015.

At the time of his transfer, Nelson said he wanted to go to a school that passed more after he hit just 50.5 percent of his passes last season with nine touchdowns and six picks.

The Gophers ranked last in the Big Ten in passing in 2013, averaging 148.1 yards. But, the school won, notching eight games with its first four-game Big Ten winning streak since 1973. Perhaps the real reason why Nelson left Dinkytown was because he saw the hand-writing on the wall in a crowded quarterback situation.

Mitch Leidner, who made four starts in 2013, will be the front-runner when spring ball opens after he took over for a floundering Nelson in the Texas Bowl and excelled. But Leidner figures to be pushed. Minnesota also has touted Chris Streveler, who redshirted last season. And there?s Donovahn Jones, who played last season primarily as a wideout after signing as a quarterback. And Dimonic Roden-McKinzy has enrolled early.

Nelson?s hopes to pass more look decent when you consider the Scarlet Knights averaged 235.6 yards per game though the air. But reports indicate Nelson?s coordinator at Rutgers will be former Maryland coach Ralph Friedgen, who never had offenses that featured prolific passers while in College Park, Md.

Regardless, Nelson should have a shot to win the job in 2015, as returning starter Gary Nova will be a senior this fall.