Who is the B1G's most underrated player? 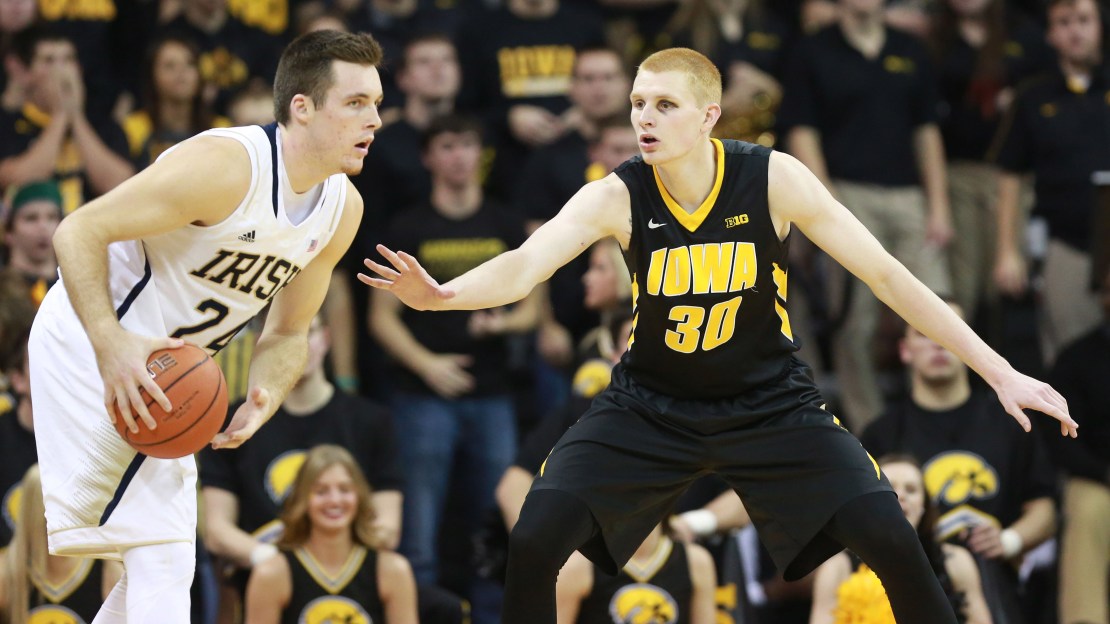 The weekend is officially here. So that means it's time for my weekly survey of seven Big Ten hoops writers. This week's question: Who is the Big Ten's most underrated player? Check out the responses. No consensus, but some interesting responses.

[ MORE: Week in review: Contenders begin to pull away ]

Graham Couch, Lansing State Journal: Aaron White, if he's underrated anymore. You don't hear his name with other stars, but he makes it go at Iowa.

Nathan Baird, Lafayette Journal Courier: Austin Hollins isn't even the highest-regarded Hollins on his own team, but he helps Minnesota in so many ways.

Zach Osterman, Indianapolis Star: Keith Appling. Don't think he's appreciated enough this year for how much he's done, how much more consistent he's been, through injury.

Marcus Jackson, Champaign News-Gazette: Denzel Valentine. Surrounded by so many bona fide superstars, but he's the guy who does a little bit of everything that holds it all together.

Lee Barfknecht, Omaha World-Herald: Aaron White, Iowa. Sounds crazy, I know. But with Iowa using so many players, he doesn't get near the attention he might otherwise.

Kevin Noon, BuckeyeGrove.com: Drew Crawford. Often gets overlooked much like NU gets overlooked but averaging 15 & 7. People remember horrendous effort vs. MSU, but he is much better than that. Also penalized because he takes all the shots. But a good player is expected to and he knows his role on that team.

Tom Kakert, HawkeyeReport.com: I'll throw an Iowa guy at you. Melsahn Basabe. He's sort of fallen off the radar a bit since his standout freshman year. But in league play, he's averaging 8.6 rebounds per game, third in the league. He's second in the league in defensive rebounds, 6.6, and that has helped to trigger Iowa's transition game. That's a big reason Iowa is averaging 82 points per game in conference play. Really seems like the senior year sense of urgency has kicked in for him. Kind of interesting because the past two years he was probably overrated based on actual production. Now he's become underrated.