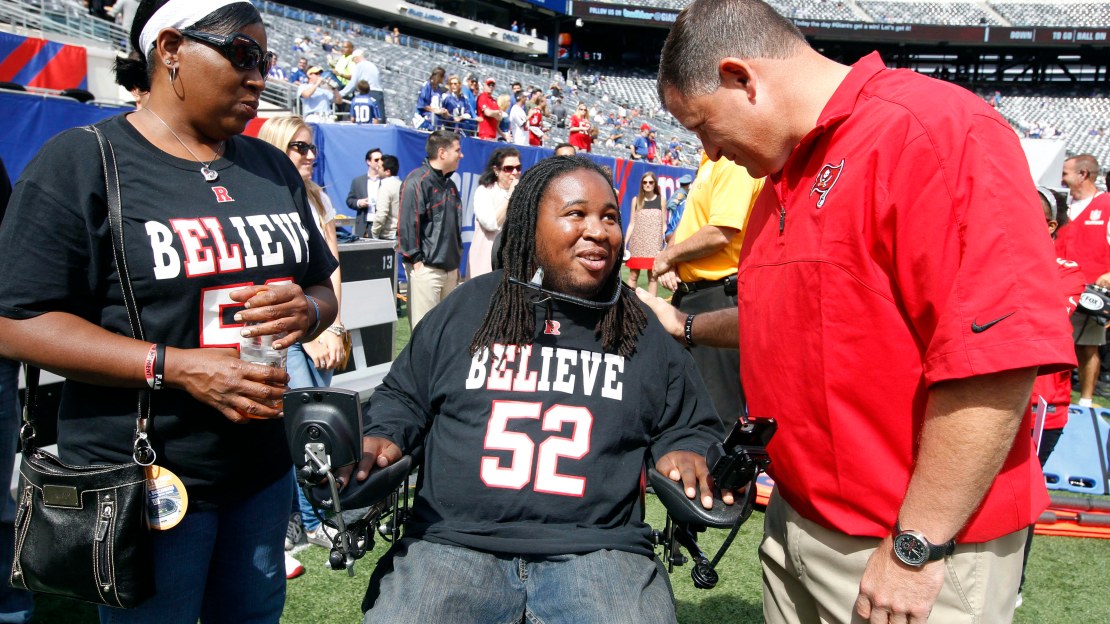 The incredible story of former Rutgers football player Eric LeGrand just added another inspiring chapter. LeGrand, who was paralyzed during a 2010 football game against Army, received his college diploma this week. He graduated with a degree in labor studies and is working to make a transition from playing football to the broadcasting booth.

LeGrand has become an inspirational story throughout the nation after suffering that spinal injury over three years ago.

The former defensive tackle had his number 52 retried earlier this fall before the Scarlet Knight's 28-10 win over East Michigan. LeGrand's number won't remain retired forever, though, as Rutgers plans to unretire it when he walks again.

LeGrand tweeted out the following message, thanking his fans for their support.

Thank you for the congratulations on finishing my degree at Rutgers. Definitely has been a journey since I got hurt but I did it #noexcuses

Rutgers, along with Maryland, will officially join the Big Ten on July 1, 2014.