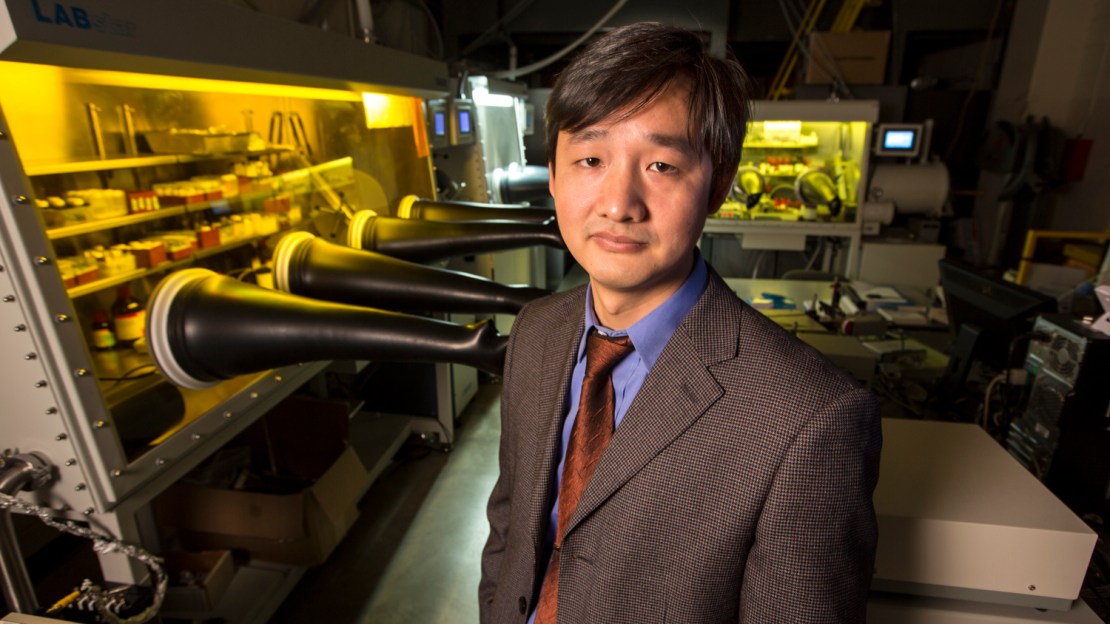 Groundbreaking research being done at the University of Nebraska could significantly reduce the cost of renewable energy, making it more accessible and affordable to the every-day consumer.

Jinsong Huang, an assistant professor of mechanical and materials engineering at Nebraska, is working with Zhenan Bao, a chemical engineering professor from Stanford, to develop high performance and flexible flat panel displays and sensor technologies.

The team is researching the use of organic thin film transistors, instead of silicon, in renewable energy devices. In their tests, they have established record speeds for electrons moving through the metal or semiconductor.

So, what does this all mean to the average American consumer?

The use of organic rather than silicon will cut the cost of materials used in electronics, and could also provide higher resolution computer displays and TV screens. The technology could also enhance animation and motion renderings.

Huang and his team received awards from the U.S. Defense Advanced Research Projects Agency, Air Force Office of Scientific Research, and the National Science Foundation to fund their research. He noted that this is the first time an organic semiconductor has reached the performance levels of polysilicon, which opens the doors for transparent, high performance organic electronics.