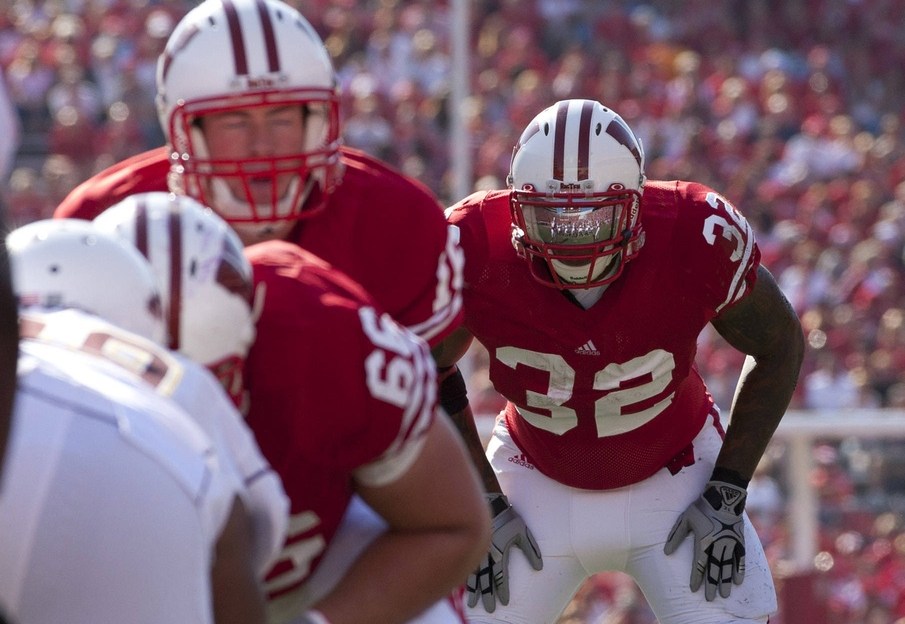 Last week, I presented my list of the Top 10 Big Ten teams from the BCS era. Many of your responded with, ahem, passion – you can always reach me here. So, let?s keep the ball rolling.

Think about any of the 12 programs during those BCS seasons and consider which teams jump to the front of your mind. In some cases, it's harder than one might think. Here are my picks for the top team from each Big Ten school during the BCS era, which ran from 1998-2013.

Illinois, 2001. Ron Zook?s 2007 team that went 9-4, was led by Juice Williams, beat No. 1 Ohio State in Columbus and played (and lost) to USC in the Rose Bowl was considered. But that team didn?t win the Big Ten. Ron Turner?s 2001 club did. The Fighting Illini finished 10-2, losing 47-34 to LSU in the Sugar Bowl to finish 12th in the nation. Illinois didn?t go to the Rose Bowl because it was host to the BCS title game. The lone regular-season defeat was 45-20 at Michigan. The Illini were led by quarterback Kurt Kittner, wideout Brandon Lloyd, defensive back Eugene Wilson and offensive linemen Tony Pashos and Dave Diehl.

Indiana, 2007. This 7-5 team was fueled by emotion, wanting to ?play 13? for beloved coach Terry Hoeppner, who had passed away from brain cancer in the offseason without leading IU to a 13th game-a bowl game-in his two seasons. Bill Lynch took over this Hoosiers squad and made ?Hep?s? dream come true ? in dramatic fashion, as the Hoosiers kicked a game-winning field goal in the waning moments to beat Purdue 27-24 to earn the school?s first bowl since 1993. Indiana hasn?t been back to a bowl since. Stars of the team included quarterback Kellen Lewis, corner Tracy Porter and defensive end Greg Middleton.

Iowa, 2002. No doubt, the 2009 Hawkeye team that went 11-2, won the Orange Bowl and finished No. 7 in America was special. (What if Ricky Stanzi hadn?t gotten hurt?) But I like the 2002 club a bit better. This team often gets engulfed by the shadow of the Ohio State squad that won the national title in the same season. But make no mistake about it: This Hawkeyes bunch was special, capping an 11-2 season (8-0 Big Ten) with an Orange Bowl loss to mighty USC. Not bad for a team that began the season unranked. Quarterback Brad Banks was the Heisman runner-up. Other studs were tight end Dallas Clark, kicker Nate Kaeding, guard Eric Steinbach and center Bruce Nelson.

Michigan, 2006. Lloyd Carr had some great squads, going 10-3 in 1998; 10-2 in 1999; 10-3 in 2002; 10-3 in 2003. But his 2006 squad was best. That unit didn?t win the Big Ten, ironically, but finished 11-2. The Wolverines marched to an 11-0 start, ascending to No. 1 in the nation. That set up a monster season-ending game at Ohio State vs. the No. 2 Buckeyes. It was the first time the teams met as No. 1 vs. No. 2. The winner would go on to the BCS title game. Thickening the plot, former Michigan coach Bo Schembechler died the day before the biggest game in rivalry history. Alas, Ohio State won the game, 42-39. A Wolverines squad led by quarterback Chad Henne, running back Mike Hart, defensive end LaMarr Woodley, wideout Steve Breaston, offensive tackle Jake Long and cornerback Leon Hall went to the Rose Bowl, where it lost to USC.

Michigan State, 2013. This recently minted Spartans squad was one of the greatest in Big Ten history. Yes, you read that correctly. MSU won every Big Ten game by double-digits, a feat never before accomplished in the conference in the eight-league-game era. Paced by Thorpe Award winner Darqueze Dennard, the defense was dominating, and the offense morphed from pathetic to pretty potent for a 13-1 team that finished No. 3 in the nation. Special mention to the 2010 team, which went 11-2.

Minnesota, 2003. Glen Mason coached some good teams during his 10-season run in Dinkytown. But this was his best, led by players like quarterback Asad Abdul-Khaliq, center Greg Eslinger and running backs Laurence Maroney and Marion Barber III. The squad posted 10 victories, capping the season with a Sun Bowl triumph vs. Oregon. The Gophers ascended as high as No. 13 after opening 6-0, the first time that had happened since 1960. But Minnesota blew a 21-point fourth quarter lead at home to Michigan in the seventh game, puncturing what could have been a truly magical season. The Gophers went 5-3 in the Big Ten, the last time they had a winning conference mark.

Nebraska, 2001. You easily could have tabbed the 1999 team that went 12-1 and won the school?s last conference championship en route to capping the year with a Fiesta Bowl win. But let?s go with the 2001 club that finished 11-2 and played in the Rose Bowl for the BCS national title. Led by Heisman-winning quarterback Eric Crouch, the Cornhuskers ran into a buzz saw in a Miami (Fla.) team that was riding a 21-game winning streak and lost 37-14. Nebraska reached the title contest despite losing its regular-season finale at Colorado, 62-36, and not winning the Big 12.

Northwestern, 2000. In just his second season, Randy Walker led Northwestern to a share of the Big Ten title with Michigan and Purdue with an 8-4 record. The Wildcats played Nebraska in the Alamo Bowl, playing an innovative, quick-paced spread attack that became a trend-setting scheme. Few will forget the thrilling 54-51 win over Michigan in Evanston on Nov. 4 in one of the greatest games in school history in a season in which the Wildcats ranked as high as No. 12. Top players included running back Damien Anderson, defensive end Dwayne Missouri, linebackers Napoleon Harris and Billy Silva.

Ohio State, 2002. So many top Buckeyes teams to choose from-1998, 2006, 2007. But, 2002 is the pick. No one saw the greatness coming in Jim Tressel?s second Buckeye team, as OSU was coming off a 7-5 season. Was Craig Krenzel REALLY a national championship-caliber quarterback? Hey, he did the job-with a huge assist from mercurial running back Maurice Clarett and a monster defense paced by cornerback Chris Gamble and safety Mike Doss. This team mastered the art of winning the close game-13-7 vs. Penn State; 10-6 vs. Purdue; 23-16 vs. Illinois in OT; 14-9 vs. Michigan. And no tilt was closer than the 31-24 double OT national championship game triumph vs. a heavily favored Miami (Fla.) team in the Fiesta Bowl. No Big Ten squad has won it all since.

[ MORE: Bookmark our online TV schedule to get the latest BTN TV listings ]

Penn State, 2005. There were some terrific teams, including the 10-3 squad in 1999; 11-2 in 2009; 11-2 in 2008. But let?s go with the 11-1 club in 2005 that tied for first in the Big Ten and beat Bobby Bowden and Florida State in a triple-overtime Orange Bowl thriller. The Penn State program was struggling, going 3-9 in 2003 and 4-7 in 2004. But any notion of slippage was vanished with this glorious season. The lone blemish was a 27-25 loss at Michigan on Oct. 15. Penn State began the year unranked but finished No. 3 in the nation behind stalwarts like linebacker Paul Posluszny, defensive end Tamba Hali, quarterback Michael Robinson, cornerback Alan Zemaitis and offensive tackle Levi Brown.

Purdue, 2000. Led by Big Ten Offensive Player of the Year and Heisman finalist Drew Brees, Purdue won a share of the Big Ten title and played in the Rose Bowl for the first time since the 1966 season. The season featured some thrilling games, highlighted by last-second triumphs at home vs. Michigan and Ohio State. In fact, the 31-27 win vs. the Buckeyes on Oct. 28 that saw Brees throw a game-winning 64-yard scoring bomb with 1:55 left is considered to be the greatest game in Ross-Ade Stadium history. The Boilermakers finished 8-4 after a 3-2 start, losing 34-24 to Washington in the Rose Bowl. In addition to Brees, Purdue was led by tight end Tim Stratton, wideout Vinny Sutherland, defensive end Akin Ayodele, safety Stu Schweigert and defensive tackle Matt Mitrione.

Wisconsin, 2010. There have been some terrific Badgers teams in recent years. The back-to-back Rose Bowl squads in the 1998-1999 seasons were special. The 2011 Rose Bowl club led by Russell Wilson also was outstanding. But, let?s go with the 2010 team. A powerful Bret Bielema-coached squad that was led by John Clay, Lance Kendricks, J.J. Watt and Gabe Carimi, the Badgers lost just one regular-season game as they fell 34-24 at Michigan State on Oct. 2. Wisconsin closed with seven wins, including games in which they scored 83 and 70 points, before advancing to the Rose Bowl to play No. 3 TCU. The No. 4 Badgers got tripped, 21-19, sullying an otherwise stellar 11-2 season.