Debate It: Who is the best team in the Big Ten? 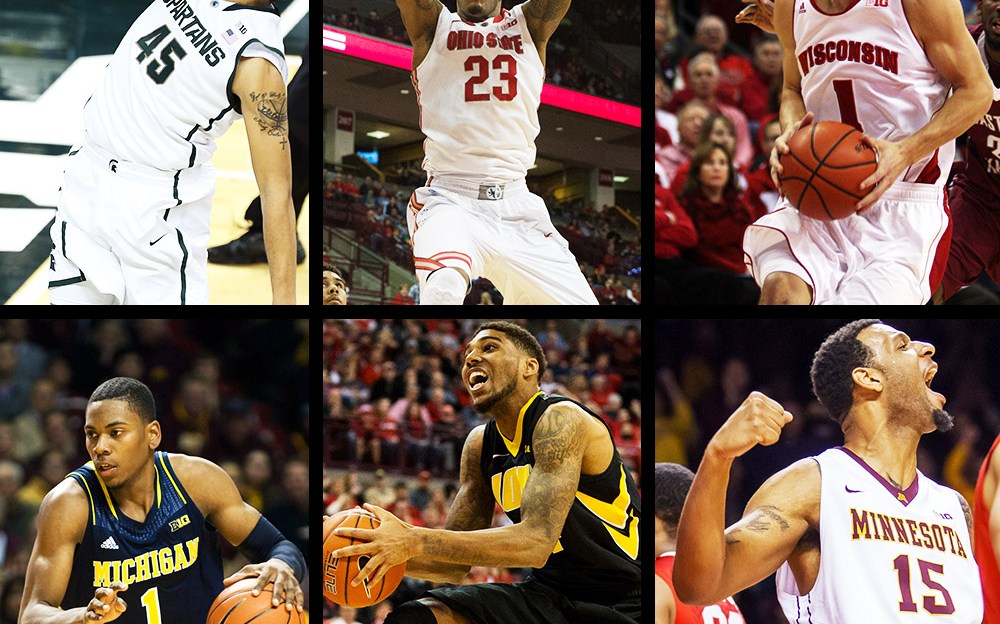 The Big Ten basketball season is approaching the midway point and the conference picture is beginning to take form. Michigan (5-0) and Michigan State (7-0) are the only remaining unbeaten teams in the Big Ten, while Iowa is close behind at 4-1 and climbing up the national rankings. So, we ask, who is the best team in the Big Ten at this point?

I debated that question with BTN.com senior writer Tom Dienhart.

Dienhart: It looks like a three-team race, with Michigan State, Michigan and Iowa a cut above the rest of the pack. I'm going with the upstart Hawkeyes. Go ahead and hate on me, Spartans fans. You, too, Wolverines Nation. That's OK. I'm head-over-heels in love with the new kids at the top of the Big Ten's penthouse. Fran McCaffery has a team whose depth is beyond belief. But best of all: This is a motivated squad that has a chip on its shoulder and something to prove.

Merriman: I think that's a fair pick Tom, and being a Michigan State alum, I won't hate on you. However, I will go ahead and pick the Spartans in this argument. Not because I'm being a homer, but because the numbers simply back it up. This team has the best record in the conference (18-1, 7-0) and ranks in the top three in scoring offense, field goal percentage, 3-point percentage, rebounding, blocks and steals. But the most amazing part about it is that Tom Izzo's team hasn't even played at full strength yet this season. They are 7-0 in conference play, and four of those games have been without their All-American big man, Adreian Payne. When Tom Izzo admits that this year's team could be his most talented yet, that lets you know this group is the real deal. This team will be even more exciting to watch once they get healthy.

Dienhart: No doubt, MSU is good. Gary Harris is really coming on. And when Adreian Payne gets back, the Spartans will be loaded. But I just like the vibe and mojo of this Iowa team. Man for man, it can't match up with the Spartans. But, the most talented team doesn't always win. This Hawkeyes squad comes at teams in waves and is unrelenting offensively. Plus, Iowa has amped up its traditionally leaky defense.

Merriman: I must say, I am beyond impressed with the job Fran McCaffery has done this season. Spreading out playing time between 11 talented players is no easy task. But when looking at Iowa's body of work this season, how many "really good" wins do they have? Iowa has played four ranked teams this season (Villanova, Iowa State, Wisconsin, Ohio State) and have lost three of those four games. The one win came against Ohio State, which is falling faster than Barack Obama's national approval rating. On the other hand, Michigan State has notched impressive wins against the likes of Kentucky, Oklahoma, Texas, Minnesota and Ohio State (not looking too impressive right now), five teams with a combined record of 72-21 (.774). Izzo always makes it a point to schedule challenging games early on in the season to prepare his team for the grind of Big Ten play and the NCAA Tournament. The difference is that Michigan State is winning all those big games this season.

Dienhart: Good points, Sean. Izzo has a veteran team, and it has passed the tests. No doubt, Iowa still is looking for a big-time win. The Hawkeyes have learned from those defeats you referenced, no doubt. Yes, the triumph at Ohio State was big at the time. But, hindsight is showing us that this is a flawed Buckeyes squad. The Hawkeyes still have two games left vs. Michigan State: at home on Jan. 28 and at East Lansing on March 6 in what could be a de facto Big Ten title game. But, in the end, Michigan may end up winning it all! Still, my money is on Iowa and its army of weapons that continues to gain confidence and momentum.

Merriman: It's interesting how just two weeks ago, we were talking about Wisconsin and Ohio State as Big Ten title contenders, with Iowa just below them. Now, Iowa looks to have moved up the Big Ten ranks. But the one consistent team remaining at the top of the Big Ten conversation has been Michigan State. Fortunately, Michigan State and Iowa play twice this season. I mentioned in an article earlier this week that both of these teams possess pivotal players who will need to step up if either of these teams are going to make Final Four runs - Branden Dawson for Michigan State and Melsahn Basabe for Iowa. Guys like Keith Appling, Gary Harris, Roy Devyn Marble and Aaron White are known committees. You know, for the most part, what kind of production you are going to get from those guys on a nightly basis. With a productive Branden Dawson, this Michigan State team is the best in the country. Boom, I said it, and I'm sticking to it!