BTN LiveBIG: Amanda Kessel leading on and off the ice 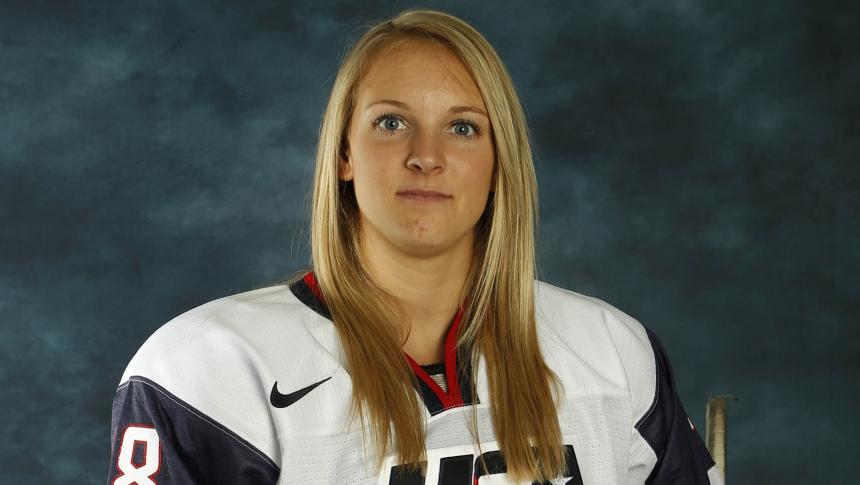 It would be easy to judge a book by its cover. But when it comes to 2014 US Olympic hockey player Amanda Kessel, the true story lies in all the pages in between.

To see the Madison, Wisc., native on ice is to see one the best and brightest players women?s hockey has ever seen. Last year, as a junior at the University of Minnesota, Kessel compiled a dumbfounding (and nation leading) 46 goals and 101 points while leading the Golden Gophers to an unbeaten 41-0 record en route to the Women?s Frozen Four Championship. For her efforts, she was named the 16th recipient of the Patty Kazmaier Award (www.pattykaz.com), presented annually to the top player in NCAA Division I women?s hockey by the USA Hockey Foundation.

?She is one of the best offensive players in the world,? says Minnesota women?s head coach Brad Frost, whose team this year, even without Kessel, is a tidy 20-1-1. ?More than that, she has become a great two-way player and is our best penalty killer, which is rare for someone so offensively gifted.?

As they prepare for the Olympic Games in Sochi next month, Team USA could hardly disagree.

?Amanda is constantly dedicated to self-improvement,? says Reagan Carey, USA Hockey?s director of women?s hockey and General Manager of the U.S. Women?s Olympic Team. ?She is one of the fastest smartest and most talented players in the game. She is a game changer, she has great vision, and the puck is always on her stick because she never stops moving. Amanda creates her own luck.?

As talented as she is on the ice, it would be a disservice not to recognize what she is doing away from the rink.

The younger sister of Toronto Maple Leafs star forward Phil Kessel, Amanda, who scored the title clinching goal at last year?s Women?s World Championships, is also one of college hockey?s finest humanitarians, having offered up countless hours of volunteer time to several organizations such as HopeKids, Feed My Starving Children, the Amplatz Children?s Hospital, as well as working with children at several local elementary schools.

?She is one of the most unselfish people I know, and most of the time I don?t know half of all she?s doing,? adds Coach Frost. ?She is a wonderful unassuming person with a great heart.?

?HopeKids connects Minnesota athletes with children facing life threatening illnesses, and Amamda has played a huge role in this,? says Anissa Lightner, Minnesota?s Assistant Director of student athletic development. ?She has also been involved with Dig Pink (a cancer fundraiser involving the school?s volleyball program), and she has served on many speaking panels encouraging kids to stay active and  stay in school.?

Naturally, Kessel impresses with everything she does, albeit quietly.

?She is not boisterous, she is very humble,? Lightner adds, ?she is all kindness with little to no limelight, and she has an incredible balance of school, athletics, and giving back.?

Suffice to say Kessel is the sort that puts her mind to anything she wants to accomplish, including a Gold Medal for Team USA at the Sochi games.