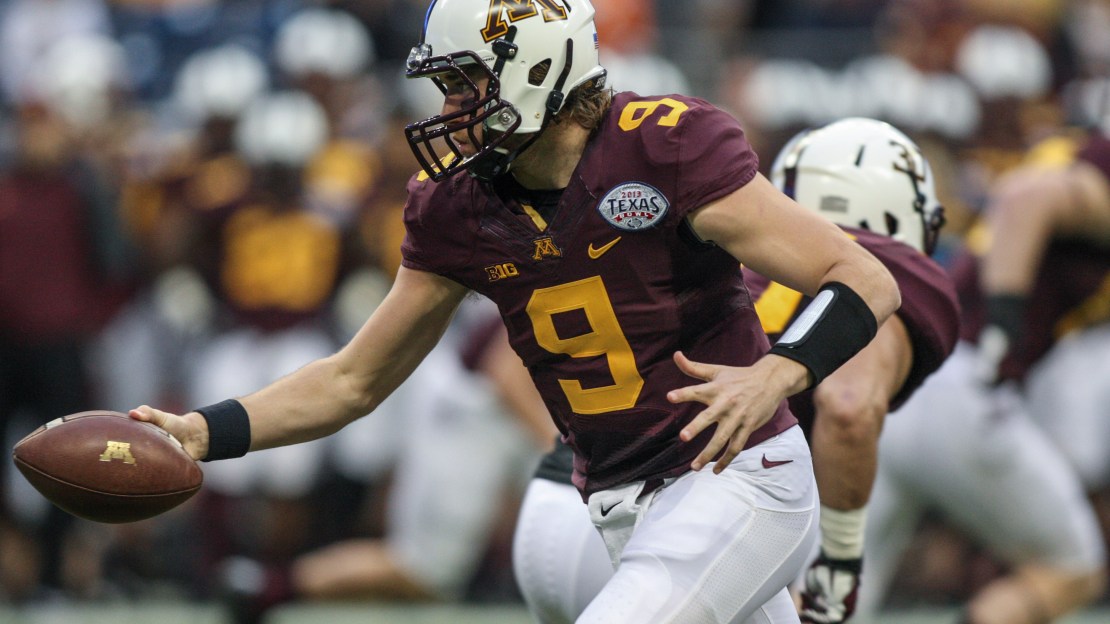 So, Philip Nelson is bolting Minnesota because he wants to play for a program that ?centers more around the pass game which utilizes my skill sets.?

In a statement, Nelson said, "I want to thank Coach Kill for the opportunity to play football at the University of Minnesota. I have the uttermost respect for Coach Kill and what he's done for this program. I also want to reach out to all the great Minnesota fans that supported the football program and say thank you. Your effort makes a difference.?

Well, last time I checked, Jerry Kill?s offense is willing to throw the ball-if the quarterback has that skill set. Go back and look at his quarterbacks at Northern Illinois, guys like Chandler Harnish and Jordan Lynch.

I think Nelson?s departure after his sophomore season has more to do with the fact redshirt freshman Mitch Leidner seems to have passed him in the pecking order. Anyone who saw the Texas Bowl realizes that. Nelson started, flopped and got pulled. Leidner rallied the Gophers. This is his team.

So, Nelson is gone after starting nine games last year and seven in 2012. Quarterbacks transferring is hardly big news. Look around the nation. (Indiana just lost Cam Coffman.) It happens. Heck, Minnesota saw Max Shortell bolt after last season. Remember him? Only one guy can play. And every QB thinks he can play.

The Gophers shouldn?t weep over Nelson?s departure. He looked like the quarterback of the future in 2012 and showed some flashes in 2013, but he never developed. Nelson hit just 50.5 percent of his passes last year with nine touchdowns and six picks. His departure tightens a quarterback depth chart that, honestly, needed to be tightened.

Leidner, who made four starts in 2013, is the front-runner when spring ball opens. But he figures to be pushed. Minnesota also has touted Chris Streveler, who redshirted last season and has been compared skill-wise to Lynch. Minnesota also still has Donovahn Jones, who played last season primarily as a wideout after signing as a quarterback. And Dimonic Roden-McKinzy has enrolled early.