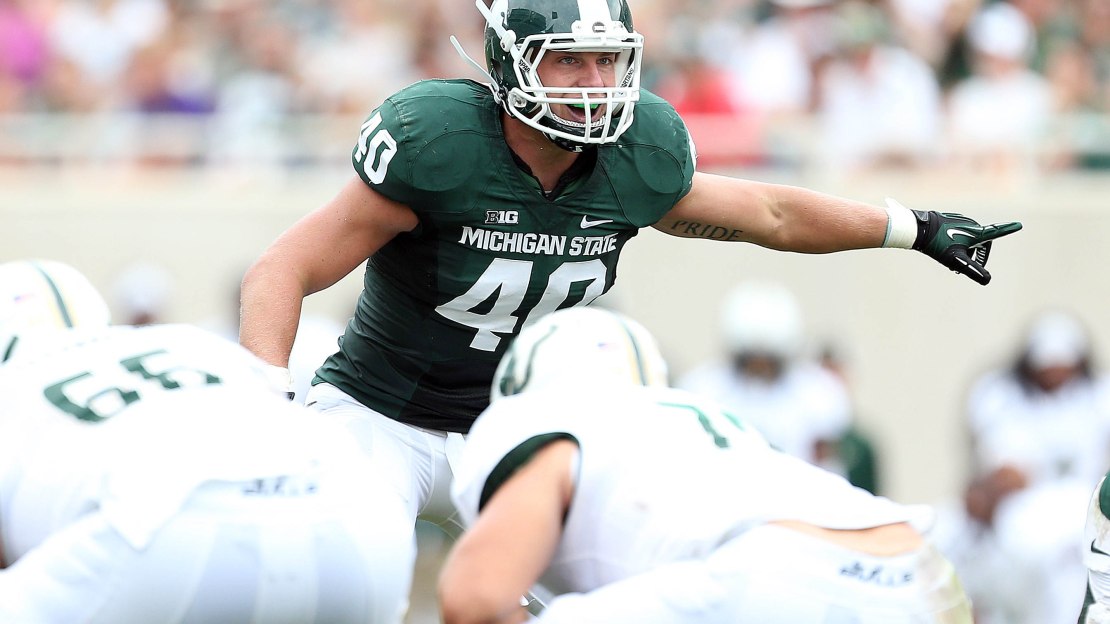 Much has been made about Max Bullough's decision to decline to address his Rose Bowl suspension at practices leading up to Saturday's East-West Shrine Game. Bullough didn't address the issue with media Monday or Tuesday in St. Petersburg, Fla., but our analysts recommend the Michigan State linebacker talk soon. Watch the report in this post.

"Well, he's got to just come out and to tell them what happened. If you try to evade and lie to these guys, whether it's here when you're being interviewed in the evening or at the combine, they will find out. Scouts do their homework, they'll hire investigators. When they find out you're lying, it kills your rep; if you're honest with them, they're not really going to make a big deal about it."

"As much as we would like to hear what went down, if he wants to play at the next level, he'll have to tell the scouts and general managers."

Looking for Big Ten players in the East-West Shrine Game? Here you go:

We also have this report from the East-West Shrine Game: