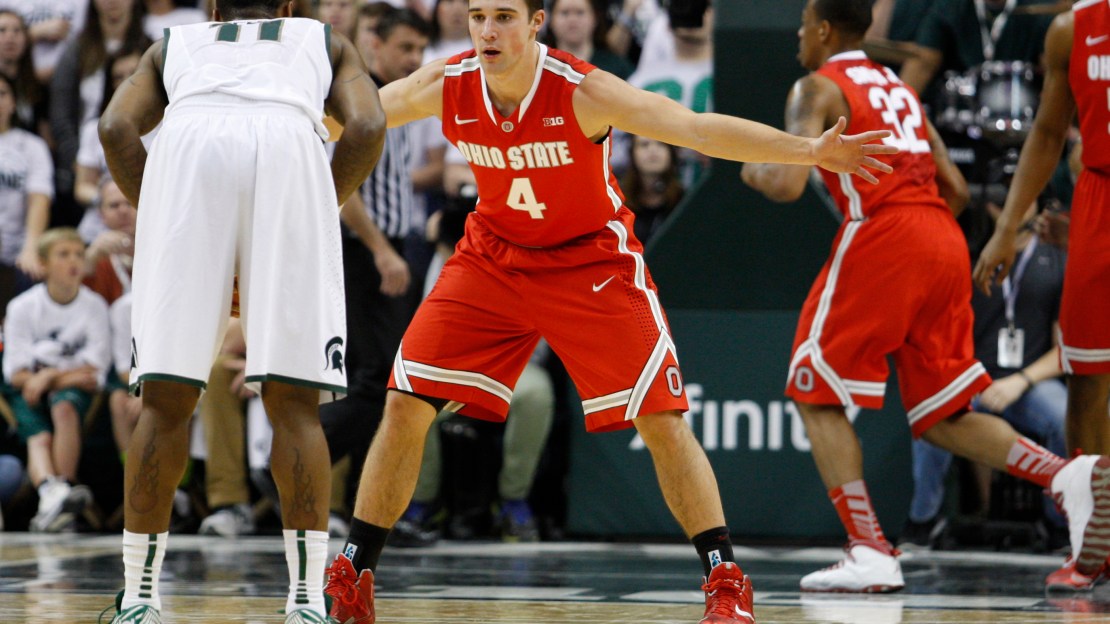 BTN contributor Mike DeCourcy and Sporting News coworker Ryan Fagan recently teamed up to create their midseason All-American Teams. Two Big Ten stars, both point guards, earned recognition, as Michigan State's Keith Appling landed on the second team and Ohio State's Aaron Craft found a spot on the third team. See what they say about both players in this post.

"The conventional wisdom that a player can?t truly convert from a natural scorer to a point guard is being blown away nightly by Appling, who has been every bit the playmaker coach Tom Izzo insisted he become-and that he?ll need to if he is to have a serious future in the NBA. Appling is averaging a career-high 4.6 assists, a career low in turnovers per minute and a career-best 50 percent shooting from the field. He improved from a 32 percent 3-point shooter to 48.3 percent this season, a monumental leap. While many of the team?s most important players have struggled with injury, Appling has been a dependable contributor even when he?s taken a knock or two. His 20-point/6 rebound/7 assist effort against Ohio State defensive star Aaron Craft-which included a game-winning 3-pointer in overtime-is one of this season?s defining performances."

"Death, taxes and Aaron Craft playing lock-down perimeter defense; such is life in the state of Ohio. Some thought the new crackdown on handsy defenders would hamper Craft?s game, but he?s always been more about positioning and footwork than going for reach-in steals. And so, with very few exceptions, Craft is once again the only player drawing All-America consideration despite a scoring average under 10 points per game (it?s 9.1, btw). The Buckeyes? greatest strength, again, is their ability to keep opponents from getting comfortable on offense, and Craft, again, leads that charge."