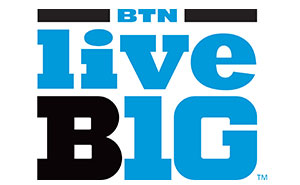 CHICAGO -BTN LiveBIG continues Wednesday with stories about Purdue's initiative to help military veterans transition back into civilian life, a boxing gym for Parkinson's patients and the creation of a new cost-efficient mode of transportation. The episode will air at approximately 11:30 PM ET Wednesday following the Purdue at Illinois men's basketball game, the second game in the network's Super Wednesday lineup.

This episode gives viewers a look at a unique method Purdue researchers have discovered to help combat the debilitating effects of Parkinson's disease. Through rigorous training at an Indianapolis boxing gym, Parkinson's sufferers of all ages have successfully slowed the disease's progression. Also featured in the episode is Purdue's Entrepreneurship Boot camp for Veterans (EBV), a nine-day program that helps disabled military veterans transition back into the civilian workforce.

The show will also feature a story on a cost-efficient Basic Utility Vehicle (BUV) used in the developing world that is built by students and faculty using only local resources. Also during the show, Purdue men's basketball coach Matt Painter shares with viewers why he believes giving his time to build lasting relationships is the key to giving back.