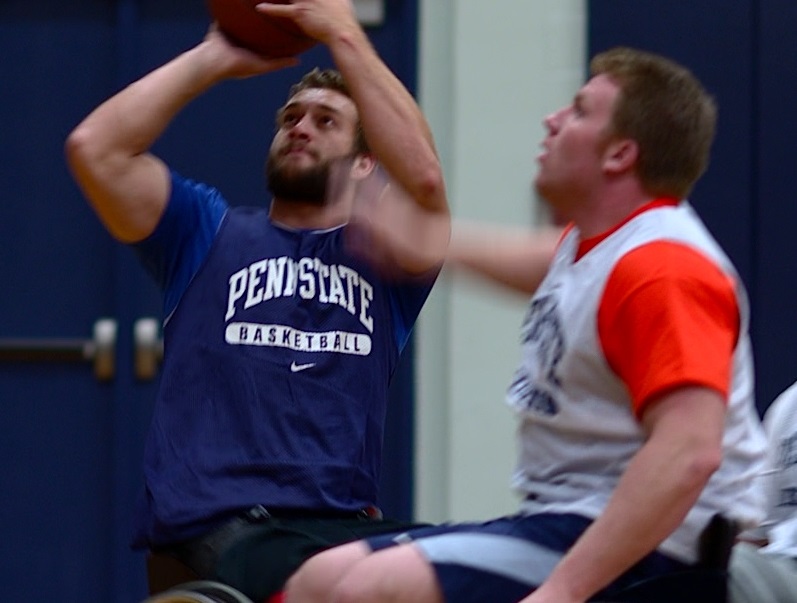 Tonight, the 2014 LiveBIG season continues with the Penn State episode premier after the Nittany Lions skate against the Golden Gophers from Minnesota in Big Ten hockey action.

The success of Penn State?s Ability Athletics program is undeniable. Its athletes have competed for national championships and represented the United States at both the Paralympic Games and Parapan American Games.

Teri Jordan, the Disability Recreation Programs Coordinator at Penn State, along with a team of interns and volunteers, offer disabled students and wounded warriors the opportunity to train and compete internationally in track-and-field and weightlifting events or to participate in recreational sports, such as wheelchair basketball.

Jordan does not measure the program?s success in championships or medals, however, but by the difference made in people?s lives.

?A couple of (the program?s participants) had more energy after they became involved in sport,? said Jordan. ?Instead of staying home and feeling sorry for themselves, (their involvement in sport) got them moving and changed their lives positively.?

Products of the unique program include inspirational athletes such as Maggie Redden, who competed at the Beijing Paralympics in 2008 in the Women?s 100m and 200m events despite being paralyzed from the waist down and Kortney Clemons, a weightlifter and sprinter who was the first Iraq war veteran to qualify for the U.S. Paralympic team, among many others. Clemons? right knee was amputated above the knee as a result of a roadside bomb explosion in the war.

The program not only changes the lives of its participants, but seemingly the other way around, as well.

?They definitely have inspired me, probably far more than I?ve inspired them,? Jordan said. ?I feel fortunate to have met them.?

In addition to the activities offered to physically-challenged Penn State students, the program also has weight training and swimming classes available to wounded veterans, as well as the mentally disabled and elderly.

There is no shortage of volunteers, ranging from Nittany Lions to local high school students involved in outreach programs and even Ryan Whiting, an Olympic shot putter, who attended Arizona State but is a native of Pennsylvania.

?Great people attract other great people,? said Jordan. ?When you think of a world champion such as Ryan Whiting saying, ?Hey, can I come and help with these wounded warriors?? it?s just amazing to see these people step up.?

For more information on the Ability Athletics program, visit http://www.athletics.psu.edu/ability/index.html.

Also featured tonight is Professor David Hughes work with zombie ants. You can read more about his work on Penn State?s website.